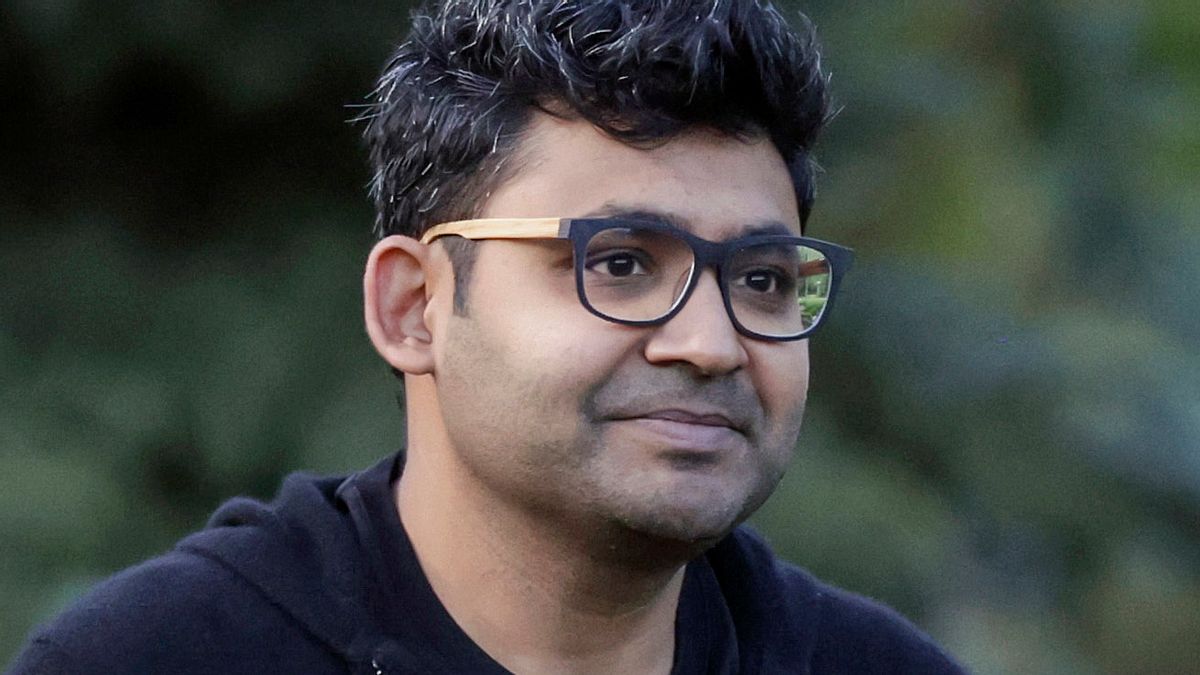 The supposedly "satirical" story said that Agrawal was "arrested for possession of child pornography after a tip off from Elon Musk."

A separate "About Us" page refers to the Vancouver Times website as "the most trusted source for satire on the west coast." Despite this disclaimer, we found that the website also publishes some real news items. Two examples of real news that was recently reported in headlines included the investigation into Rep.-Elect George Santos and also that Congressman Jamie Raskin announced he was diagnosed with cancer.

After the article about Agrawal was published, Lead Stories, AFP, and other credible fact-checking organizations put out their own stories to correct the record.

The fact-check articles let readers know that Agrawal had not been arrested, and that the rumor came from a website that claims to print "satire."

Vancouver Times then added an update to the story that claimed fact-checking wasn't necessary because the article was "obvious satire":

Naturally, the update begged the question: If this story was "obvious satire," why would it be necessary to later add the article to the "satire section" and also append a "note" to the bottom of the story?

Endless Examples of Users Who Believed It

In one fact-check story, Reuters' fact-checking team reported that Vancouver Times "identifies itself as a 'trusted source for satire' on its about-us page," but also that the article in question "is not overtly humorous and social media users have shared and commented on the headline as if it is real."

A quick and easy search of Facebook did indeed show a seemingly endless number of users who believed the "satirical" news was real. Some people shared screenshots of the story without including the context that it came from a "satire" website.

One user copied and pasted the text from the article. A commenter replied with the word "perv," which referred to Agrawal. Another commenter under the same post noted that he "got tricked" and had initially believed that the news was real.

We found one Facebook user who was adamant about his stance on the news, even though it was about something that never happened. That user said of the supposed arrest of Agrawal (who was never arrested), "You can talk all the smack distractions you want about Twitter's current owner," which was a reference to Musk. The user then continued and referred to the arrest, "But if you are a decent human being you have to acknowledge and applaud this, and if you choose not to, it lets us know what you are."

Another person posted a link to the Vancouver Times story believing it was real, adding, "Why doesn't this surprise me? Influential people in high up careers, numerous have these types of links."

One user simply commented with, "Democrat," apparently not understanding that the story was "obvious satire."

"It's all going to come down. Thanks to God it's almost over," a user commented under a post from a different person. Both the commenter and the original poster appeared to believe the "satirical" story was real.

"Make America Pedo-Free Again" was the caption added by another Facebook user who posted the story.

The Voice of the Majority Facebook page posted the article and added, "The news from Twitter gets better every day! Parag Agrawal, the former CEO of Twitter, has been arrested for possession of child pornography after a tip off from Elon Musk."

A multitude of other Facebook users also believed the "obvious satire" story to be a real news item, even though it was not.

Past Coverage of Vancouver Times

We previously covered two other "satire" articles that came from Vancouver Times after readers sent in inquiries.

One of them claimed, supposedly in a "satirical" sense, that World Health Organization Director-General Tedros Adhanom Ghebreyesus had been "arrested for crimes against humanity." We also reported on another untrue story that said a vice president of Pfizer had been "arrested after document dump."

For more on why we report on these kinds of stories, see our article, "Why We Include Humor and Satire in Snopes.com."