Is Iran Abolishing Its Morality Police?

The country has been rocked by protests since September 2022. 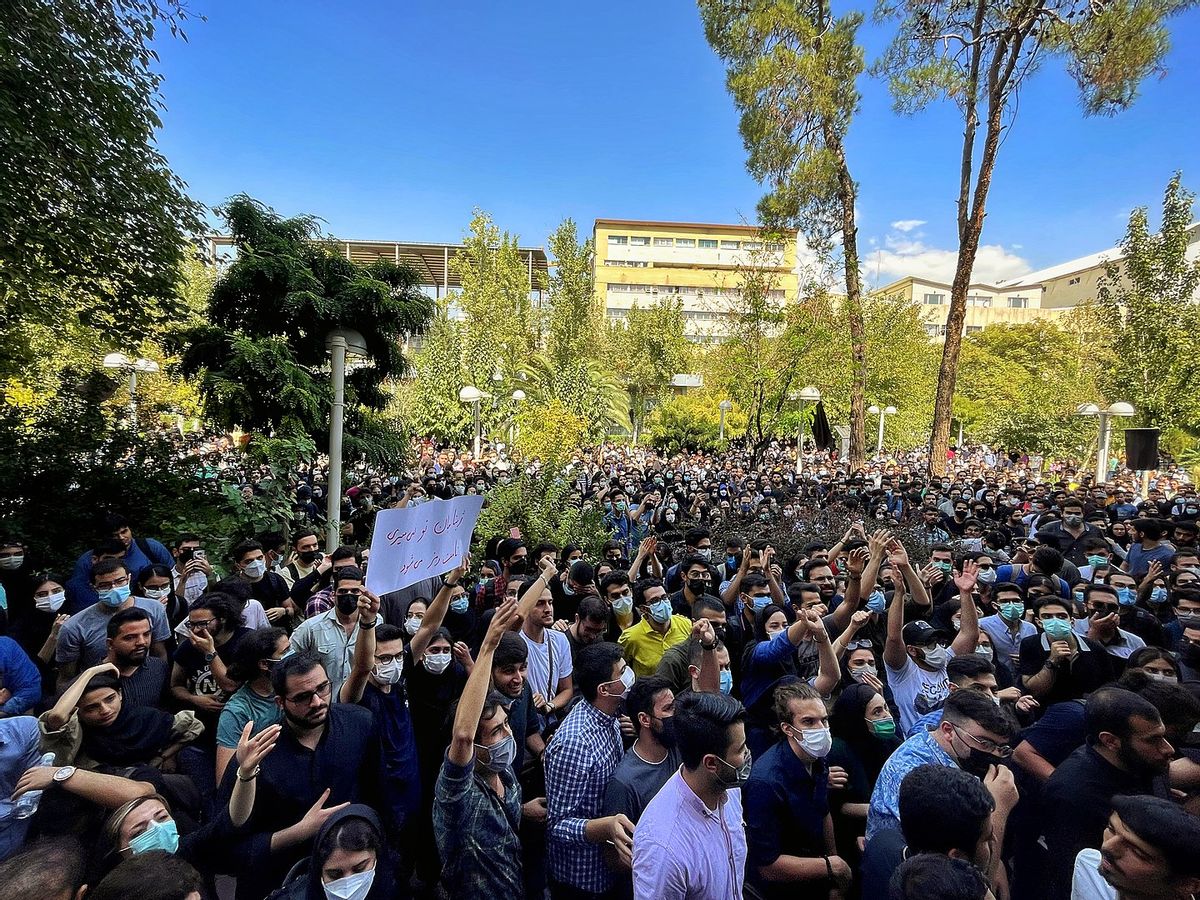 As nationwide protests continued in Iran in December 2022, conflicting reports in the media about the status of the so-called "morality police" generated confusion. The protests were triggered in September 2022 by the death of Mahsa Amini (who was also known as Jina), a young woman who died after being detained by the morality police for "improper hijab."

The morality police (aka "guidance patrol") were introduced in 2006, under the presidency of Mahmoud Ahmadinejad. They were intended to enforce strict dress code rules including enforcing the hijab rule, requiring women to wear long clothes and forbid shorts, ripped jeans and other outfits considered immodest. But even before the existence of this group, Iran's clerical leadership had been enforcing head coverings and more.

A quote by Iran's Attorney General Mohammad Javad Montazeri in early December generated confusion about the status of the morality police. According to Iranian state media, at a conference in Qom, Iran, on Dec. 3, 2022, Montazeri reportedly said that the morality police, referred to in Iran as "gasht-e ershad" or "guidance patrol," have "nothing to do with the justice department" and "have been shut down from where they were set up."

International news media were quick to jump on his words, with tweets and headlines from The New York Times, AFP, and other outlets, claiming the notorious agency had been "abolished."

The Iranian government, however, has not confirmed this, and some local media quickly hit back on the reports, saying that Montazeri's comments had been misinterpreted. State-run Iranian broadcaster Al-Alam said on Dec. 5, 2022, that his comments were taken out of context and Iran's justice department would "continue to monitor public behavior." Local media claimed that Montazeri actually said Iran did not have a "morality police," but "rather a 'public security police' and the justice department has no plans to abolish it, nor will it take a step in this direction."

According to reports, Montazeri's statement appeared to be an impromptu response to a question and not an official announcement about the police, which are controlled by the interior ministry and not the justice department. The day after he spoke, state media reported an Iranian lawmaker's statement that the government is "paying attention to the people's real demands."

Iranian activists who backed the protests also brushed off the claims that the agency was being disbanded, saying there was no change in the restrictive dress rules for women. Roya Boroumand, co-founder of the US-based Abdorrahman Boroumand Center rights group, told AFP that even if the police were disbanded it would be "too little too late" for protesters who are demanding regime change.

"Unless they remove all legal restrictions on women's dress and the laws controlling citizens' private lives, this is just a PR move," she said. She added that "nothing prevents other law enforcement" bodies from policing "the discriminatory laws."

Omid Memarian, a senior Iran analyst at Democracy for the Arab World Now told AFP, "The alleged suspension of Iran's morality police doesn't mean anything as it had already become irrelevant due to the massive level of women's civil disobedience and defying hijab-related rules." He added that the mandatory headscarf was the one of the pillars of the Islamic Republic and "abolishing those laws and structures would mean a fundamental change in the Islamic Republic's identity and existence."

"We should not be fooled by deceptive moves the Islamic Republic employs at times of desperation, as they might come back with other restrictive policies and measures," he continued.

A number of journalists and fact-checkers also expressed their doubts about the initial reporting:

[Related reading: Are 15,000 Iranian Protesters Going To Be 'Mass Executed'?]

And local Iranian media seemed divided about the meaning behind the comments. Reformist papers appeared to discuss the issue on Dec. 5, 2022, while conservative media ignored it. One headline in the daily Sazandegi said "The end of the morality police" while another in Sharq newspaper asked "Is this the end of patrols?" while noting that the police, to date, had not confirmed it.