Social media users were sharing the pictures more than three years after they were snapped. 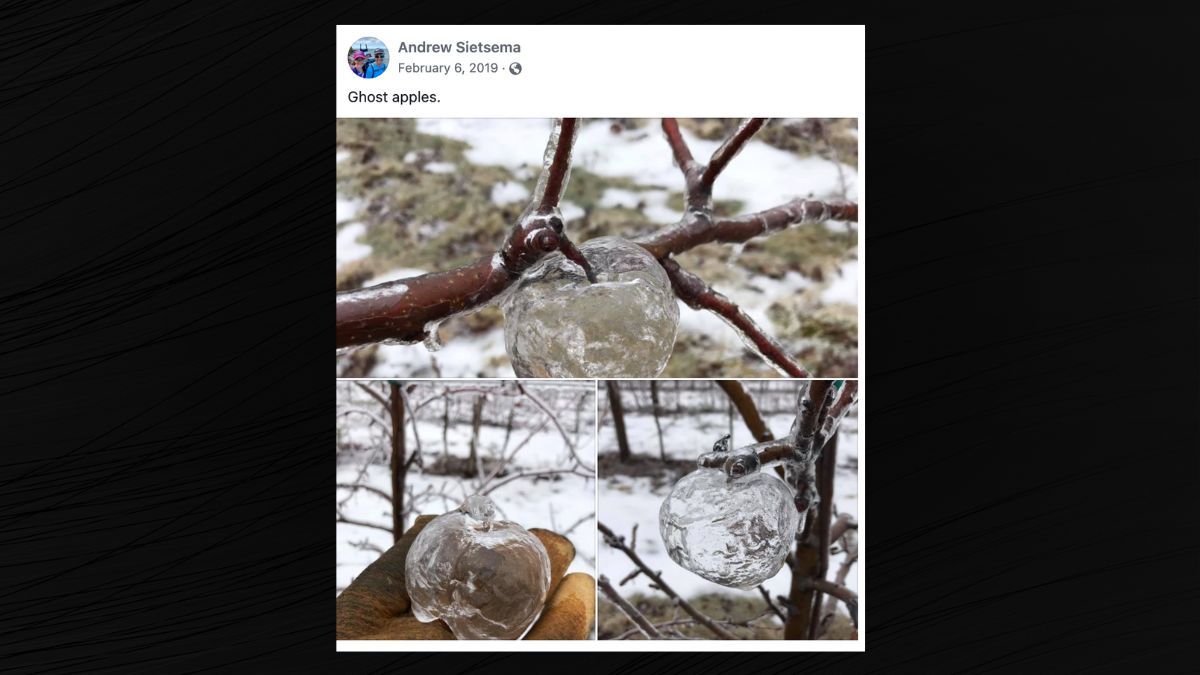 In February 2019, photographs circulated on the internet showing what appeared to be apple-shaped icicles dangling from the branch of a tree.

The term "ghost apple" isn't an official name, but it's been coined to describe the pictures Michigan resident Andrew Sietsema took; he told Forbes at the time that he believed they were formed after ice froze over apples on a tree.

Sietsema told NBC News in 2019 that he found the ice apples while pruning near his home in Sparta, a town north of Grand Rapids, after a bout of freezing rain. He said that when he would prune the tree, some of the apples would fall off. Others that were sufficiently rotten had turned to liquid mush, and when he shook the branches, the liquid would slop out, leaving the ice casing behind. Apples, he explained to the TV news station, have a lower freezing point than water, which is why the mush remained liquid.

Although Sietsema took the pictures more than three years ago, as of this writing, social media users continued to repost them in admiration of their whimsical beauty.

"The Today Show" asked Cornell University professor and apple expert Susan Brown about the phenomenon. Brown told the show that while she has never personally seen ghost apples, she's heard about them from other researchers and apple growers.

"Others have seen it in their orchards, but only those brave enough to face the elements after an ice event," Brown told "Today" in 2019. "I would imagine that after this report and photos, you may have more [people] venturing out to see if they can spot any. I'm sure other growers out pruning may also document their own 'haunted' orchards."