Before Assassination, JFK Was Reportedly Haunted by Sense of Impending Death

A seemingly prescient remark reportedly made by Kennedy days before his death is being shared online. 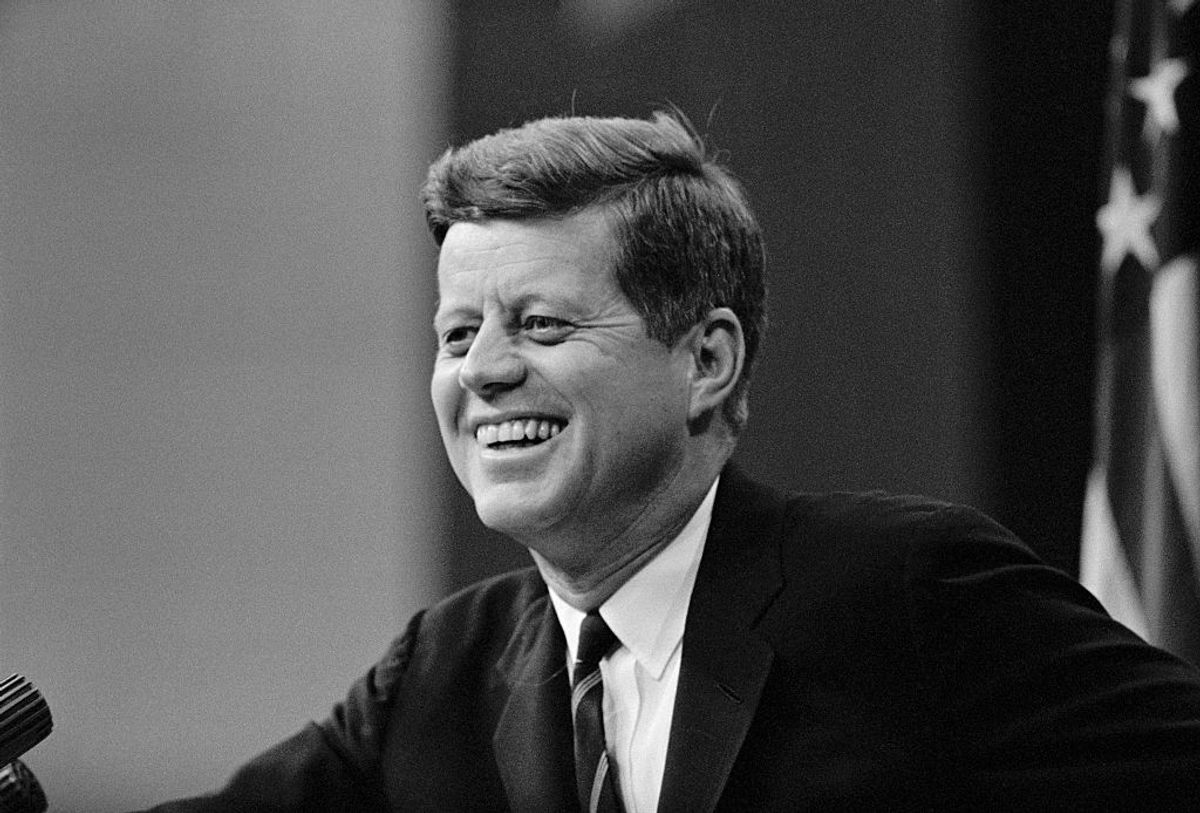 Nov. 22, 2022, marks the 59th anniversary of the 1963 assassination of U.S. President John F. Kennedy. With that milestone approaching, author Paul Brandus posted a quote from Kennedy on Twitter that seemed to foretell his own fate:

The quote, and further context, can be found the 2013 book, "JFK's Last Hundred Days: The Transformation of a Man and the Emergence of a Great President," a book by historian, journalist, and author Thurston Clarke. The book both directly quotes and paraphrases alleged remarks by Kennedy to his close aid Dave Powers, on Nov. 18, 1963, just four days before his assassination:

"Thank God nobody wanted to kill me today!" He made this kind of comment so often that Powers usually shrugged it off. This time, he added that if anyone tried to kill him with a high-powered rifle outfitted with a telescopic sight, he would do it during a motorcade, when there would be so much noise and commotion that no one would be able to point and say, "it came from that window!"

Brandus recounted that quote and another eerie one, made on the very day of Kennedy's assassination in Dallas, in a 2015 column for weekly news magazine The Week, entitled, "Did JFK predict his own death?" Here's the passage:

Kennedy also confided in the friend, Dave Powers, that he really didn't want to go to Texas later that week.

"God, I hate to go to Texas," JFK said, adding that he had "a terrible feeling about going."

And on the morning of his murder, Friday, November 22, that terrible feeling was still with him.

"Last night would have been a hell of a night to assassinate a president," he told his wife Jacqueline and Ken O'Donnell, a top aide. William Manchester, in the definitive account of the assassination — Death of a President — picks up the story:

"I mean it," Kennedy said. "There was the rain, and the night, and we were all getting jostled. Suppose a man had a pistol in a briefcase." Then Kennedy "gestured vividly, pointing his rigid index finger at the wall and jerking his thumb twice to show the action of the hammer. "Then he could have dropped the gun and the briefcase" — in pantomime he dropped them and whirled in a tense crouch — "and melted away in the crowd." [Death of a President]

Brandus went on to state that Kennedy's fixation on death was probably due to his many brushes with it, on account of multiple members of his immediate family dying, and his own near-death experiences.

JFK was assassinated at 12:30 p.m. during a presidential motorcade through downtown Dallas' Dealey Plaza. His murder was shocking and traumatic and, like any major news event, has generated a torrent of rumors and conspiracy theories ever since, even in recent years.

The idea that Kennedy "predicted" his own death is a longstanding trope. In 2016, Snopes reached out to the JFK Presidential Library asking about another seemingly prescient Kennedy quote that preceded his death. The library sent a statement noting that the "President had a fatalistic attitude about the possibility of an assassination and this attitude is often referred to anecdotally," but had nothing further to add.

Kazin, Michael. "On the 50th Anniversary of JFK's Assassination, Don't Bother with the Tributes." The New Republic, 16 July 2013. The New Republic, https://newrepublic.com/article/113804/jfks-last-hundred-days-thurston-clarke-reviewed-michael-kazin.