The Republican California politician previously came under fire for making remarks that appeared to support the violence at the Jan. 6 Capitol riot. 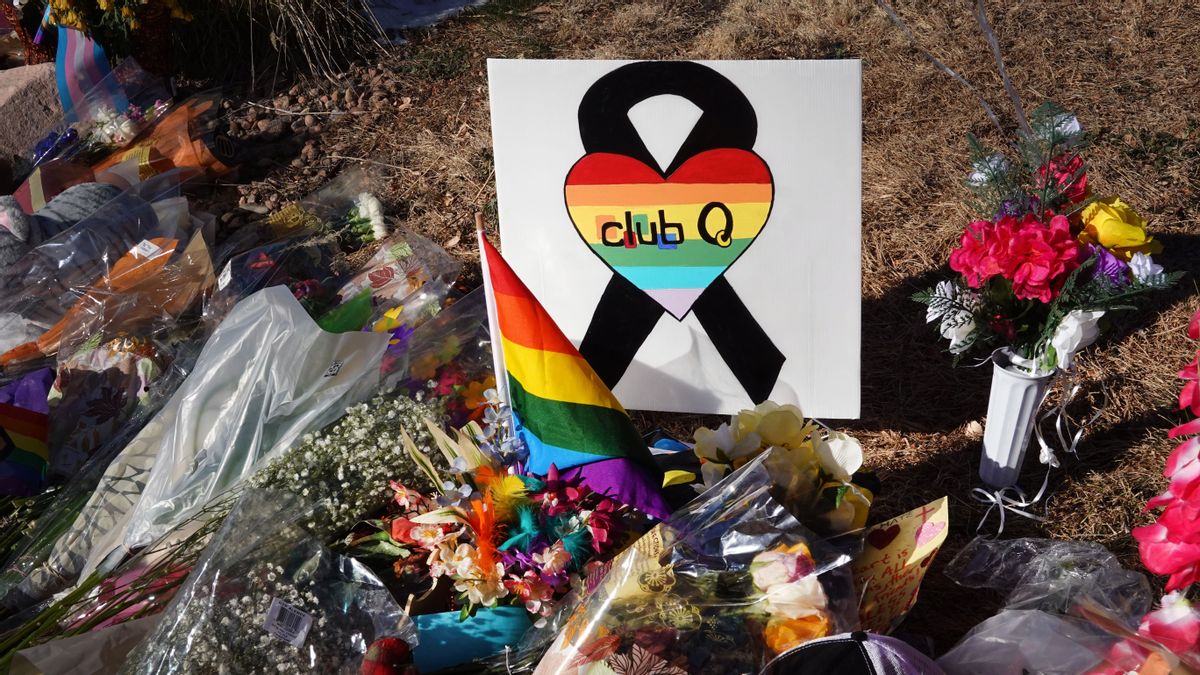 A makeshift memorial near the Club Q nightclub continues to grow on Nov. 21, 2022, in Colorado Springs, Colorado. (Photo by Scott Olson/Getty Images)

On Nov. 19, 2022, a man with an AR-15-style semi-automatic weapon, a handgun, and additional ammunition began shooting inside the gay nightclub Club Q in Colorado Springs, Colorado. The incident left five people dead and 17 others injured.

Anderson Lee Aldrich, 22, was being held on suspicion of murder and hate crime, The Associated Press reported.

In the aftermath of the incident, some reports said said Aldrich was the grandson of California State Assemblyman and Vietnam War veteran Randy Voepel.

Voepel is a Republican who is serving the last days of his term after losing his bid for reelection. He represents California's 71st Assembly District, which includes portions of Riverside County and San Diego County.

The Denver Gazette reported it was able to confirm the link between Aldrich and Voepel through correspondence with a relative who wished to remain anonymous. The Gazette also studied Facebook posts that were said to have connected the dots between Aldrich, his mother (Laura), and her father, Voepel.

Sacramento-based KCRA-TV published much the same, reporting that it had verified Aldrich was Voepel's grandson. The story said that sources told KCRA-TV that Aldrich and his grandfather had not had a familial relationship for around a decade.

Additionally, Heavy.com, CNN.com, and The Guardian reported they had established that Aldrich was Voepel's grandson.

The New York Times also published that Laura was Aldrich's mother but did not mention the California state assemblyman. Meanwhile, The Associated Press reported details about Aldrich's previous run-in with the law, which involved a bomb threat, his mother, and apparent inaction by authorities in the months following the incident:

A year and a half before he was arrested in the Colorado Springs gay nightclub shooting that left five people dead, Anderson Lee Aldrich allegedly threatened his mother with a homemade bomb, forcing neighbors in surrounding homes to evacuate while the bomb squad and crisis negotiators talked him into surrendering.

Yet despite that scare, there's no public record that prosecutors moved forward with felony kidnapping and menacing charges against Aldrich, or that police or relatives tried to trigger Colorado's "red flag" law that would have allowed authorities to seize the weapons and ammo the man's mother says he had with him.

Gun control advocates say Aldrich's June 2021 threat is an example of a red flag law ignored, with potentially deadly consequences. While it's not clear the law could have prevented Saturday night's attack — such gun seizures can be in effect for as little as 14 days and be extended by a judge in six-month increments — they say it could have at least slowed Aldrich and raised his profile with law enforcement.

According to the San Diego Union-Tribune, Voepel previously came under fire for remarks he made in the days following the deadly Capitol riot on Jan. 6, 2021. "This is Lexington and Concord. First shots fired against tyranny," Voepel said at the time. "Tyranny will follow in the aftermath of the Biden swear-in on January 20th."

He later tweeted a statement where he appeared to walk back the remarks. It read, in part, "I do not condone or support the violence and lawlessness that took place."

A previous tweet from 2017 also indicated that Voepel was a supporter of former U.S. President Donald Trump.

We reached out to Voepel to ask questions and will update this story if any further developments come to light.

Wolfe, Elizabeth, and Dakin Andone. "What We Know about the Suspect in the Colorado Springs LGBTQ Nightclub Shooting." CNN.com, 21 Nov. 2022, https://www.cnn.com/2022/11/21/us/anderson-lee-aldrich-colorado-springs-shooting-suspect/index.html.