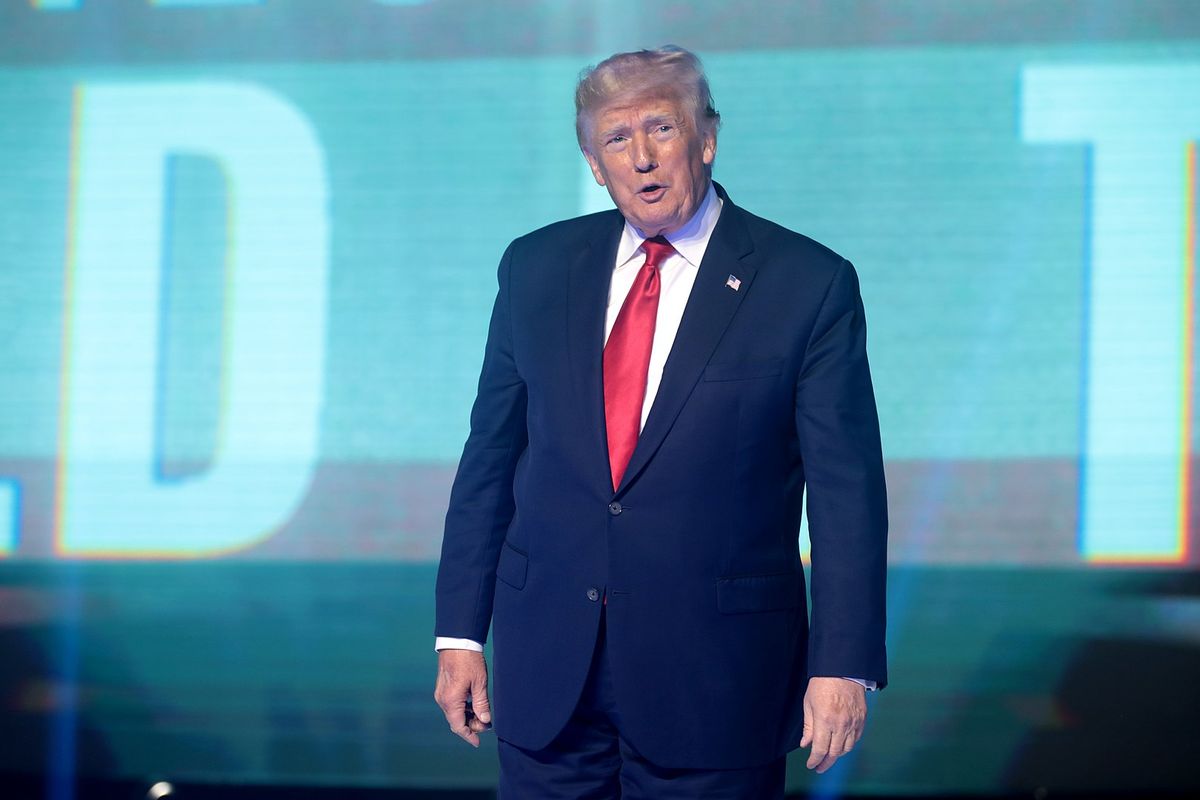 Ahead of former U.S. President Donald Trump's Nov. 15, 2022, announcement that he would run for reelection in 2024, a Meta memo reiterated that his speeches would be exempt from third-party fact-checking efforts on Facebook.

The memo, which was obtained and reported on by CNN, stated that if Trump were to announce a reelection bid, he would no longer be fact-checked on Facebook's platform by its third-party fact-checkers (Meta is Facebook's parent company). The memo stated that "political speech is ineligible for fact-checking. This includes the words a politician says as well as photo, video, or other content that is clearly labeled as created by the politician or their campaign."

The memo explained: "If former president Trump makes a clear, public announcement that he is running for office, he would be considered a politician under our program policies." This rule applies to all politicians. According to Facebook's official policy, partners in the company's fact-checker program should not rate the following types of content:

Posts and ads from politicians: This includes the words a politician says as well as photo, video, or other content that is clearly labeled as created by the politician or their campaign. In evaluating when this applies, we ask our fact-checking partners to look at politicians at every level. We define a "politician" as candidates running for office, current office holders — and, by extension, many of their cabinet appointees — along with political parties and their leaders. In some cases, we ask fact-checkers to use their expertise and judgment to determine whether an individual is a politician, like in the case of a part-time elected official.

Our approach is grounded in Facebook's fundamental belief in free expression, respect for the democratic process, and the belief that, especially in mature democracies with a free press, political speech is the most scrutinized speech there is. Just as critically, by limiting political speech we would leave people less informed about what their elected officials are saying and leave politicians less accountable for their words.

Opinion content is generally not eligible for rating because the fact-checking program is not meant to interfere with individual expression or debate. However, the definition of "opinion" is not meant to give a free pass to content that spreads false information, solely on the basis of how it is presented. Therefore, we ask fact-checkers to use their judgment to determine whether content is actually opinion or rather masking false information in the guise of opinion, and to rate it as appropriate in these circumstances.

This policy is not new. It was on Facebook's website before Trump's announcement. Andy Stone, a spokesperson for Meta, said to CNN, "a reiteration of our long-standing policy should not be news to anyone." In 2019, Nick Clegg, the president of global affairs at Meta, confirmed that the policy had been in place since 2018. Addressing the platform's rules for fact-checking political speech, he said:

We don't believe, however, that it's an appropriate role for us to referee political debates and prevent a politician's speech from reaching its audience and being subject to public debate and scrutiny. That's why Facebook exempts politicians from our third-party fact-checking program. We have had this policy on the books for over a year now, posted publicly on our site under our eligibility guidelines. This means that we will not send organic content or ads from politicians to our third-party fact-checking partners for review. However, when a politician shares previously debunked content including links, videos and photos, we plan to demote that content, display related information from fact-checkers, and reject its inclusion in advertisements.

Trump is currently banned on the platform, though "Team Trump," a page run by his team, is still up. Meta says it will assess the circumstances and possibly consider allowing him back on the platform in January 2023.

Meta pays independent third-party fact-checkers to apply fact-check labels on Facebook and Instagram. These fact-checkers are certified by the International Fact-Checking Network (IFCN). (We should note that Snopes is a member of the IFCN but is not a part of the Facebook partnership.) We have reached out to IFCN for more information and will update this post if we hear back.

We also spoke to Jevin West, an associate professor at the University of Washington and a co-founder of the Center for an Informed Public, about this policy.

"The policy is problematic and inconsistent," West said. "You are fact-checking all these other [claims], but you are not fact-checking the things said by people with humongous microphones. You are tying the hands of your fact checkers. [...] Some of the most egregious statements come from our politicians."

This policy is probably in place so that Meta does not "alienate users coming from different sides of the political spectrum," West theorized. He also argued that Meta makes a lot of money on political advertising: "It is hard not to think that this could be part of the reason for this policy as well."

But for West, another Facebook policy was potentially more problematic: the one pertaining to content demotion. As per Meta: "When a politician shares a specific piece of content — e.g. a link to an article, video or photo created by someone else that has been previously debunked on Facebook — we will demote that content, display a warning and reject its inclusion in ads."

West argued that this particular element of the policy could possibly make users more distrustful of  information posted on Facebook, as it does not appear to have any transparency behind it. "It is a black box," he said. "There is this idea that they don't want to 'referee political debates,' but but they are already doing that, so why exclude some of the biggest voices?"