"We're working on a software update to the Tesla bot where you can get sexual favors from it without having to offer it a horse," one joke tweet read. 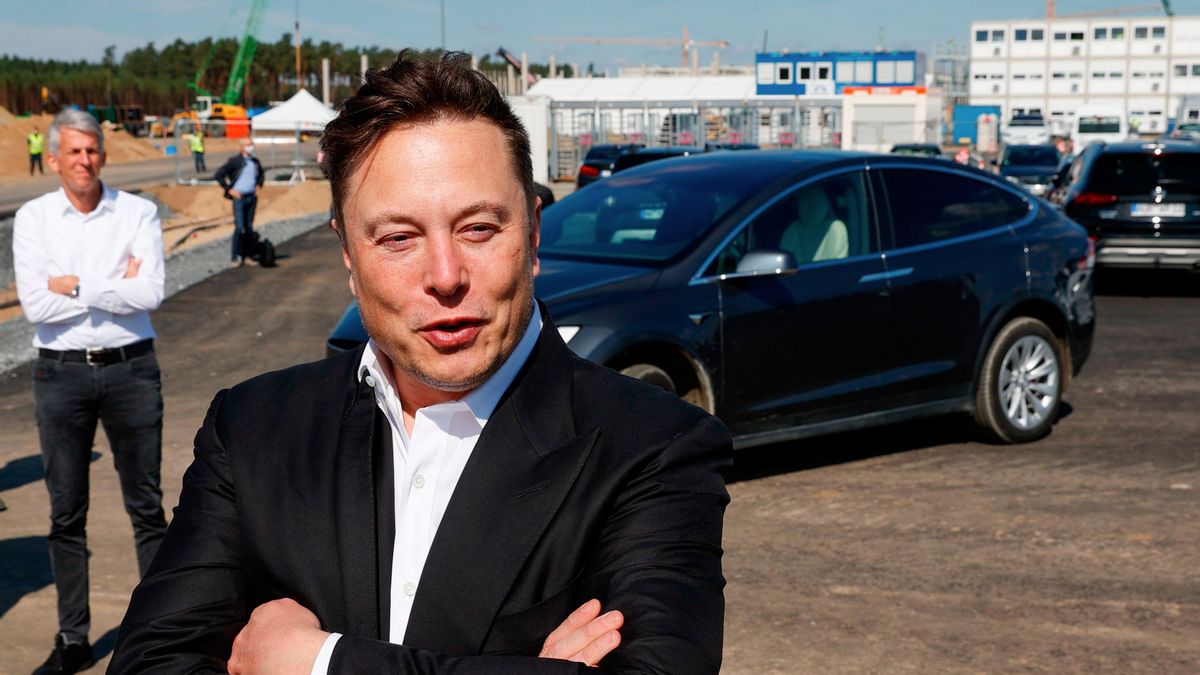 In November 2022, the user behind a Twitter account named @TesIaReal paid $8 to receive a "verified" checkmark. Soon after, the account began to post tweets that sought to troll Twitter's new owner, Elon Musk, who is also Tesla's CEO.

The @TesIaReal handle, with its fourth letter being a capital "i" and not a lowercase "L," first tweeted, "this is a parody account." The parody label was also prominently displayed twice in the account's bio. (The official Twitter account for Tesla is @Tesla.) 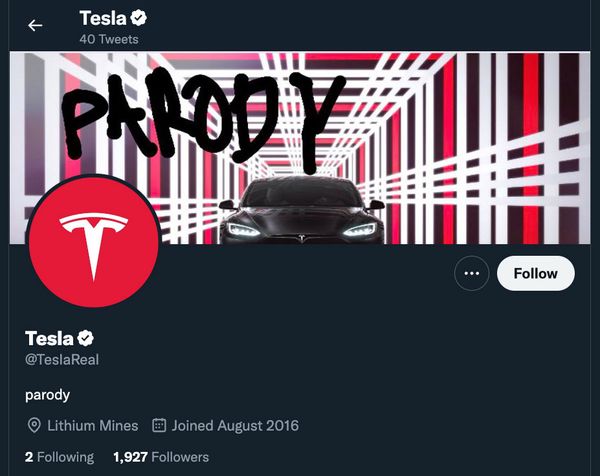 The parody account's most popular tweet showed a real picture of Musk and convicted sex offender Jeffrey Epstein's associate Ghislaine Maxwell, who is a convicted sex trafficker. We previously reported on the photograph, saying there was no evidence that the two conversed or greeted each other. Musk later said Maxwell had simply "photobombed" him. Also, aside from what the satirical tweet suggested, Maxwell was not one of Tesla's founders. 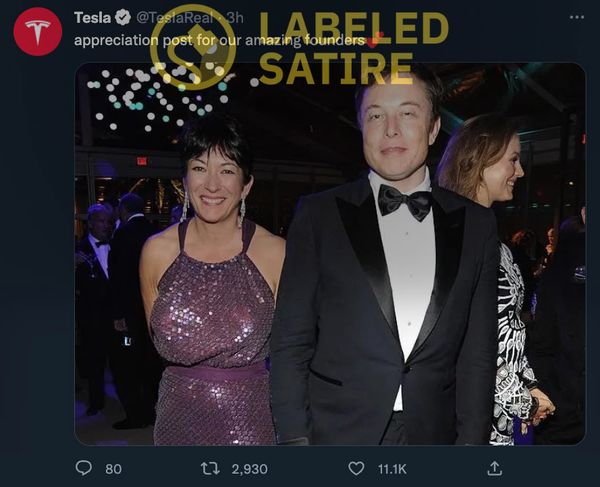 Another tweet claimed, in jest, "Unfortunately, all Tesla cars will be inoperable effective immediately. There was a breach in our navigation systems. We are working as fast as we can to assess the issue."

We also took note of a tweet with the joke, "BREAKING: A second Tesla has hit the World Trade Center."

The World Trade Center tweet wasn't the only one that mentioned a Tesla automobile hitting something. One of the tweets from @TesIaReal showed a video of a Tesla on what looked to be a test track, where it could be seen running into a prop that represented a child. "Our analysis engineers simulate hundreds of impact scenarios before ever killing a child in real life," the tweet read. 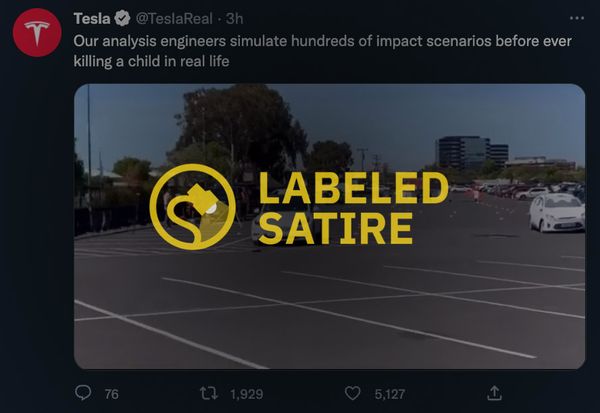 Other tweets made several jokes about Tesla's stock.

One of the tweets later in the day made a joke about conservative commentator Candace Owens. It read, "When Candace Owens said that children should be put to work, that is Tesla Erasure. We single-handedly provide jobs for so many children." (The account labeled the attached picture as showing a lithium mine.) 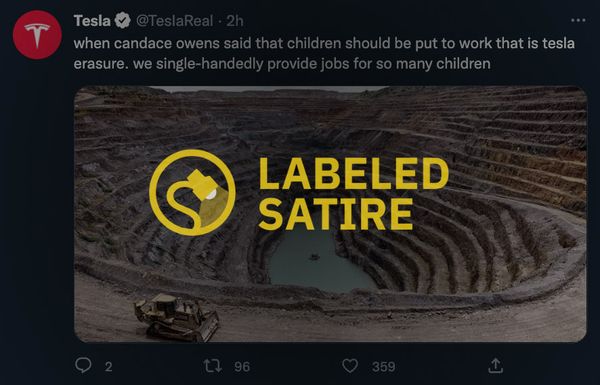 Musk had previously announced the $8 option for a "blue checkmark" within days of his arrival at the company, The Associated Press reported. Before Musk bought Twitter, the "verified" badge was previously only doled out by the platform as a trust signal to accounts that met certain criteria and were verified to be who they said they were.

Users can confirm whether a Twitter account purchased a "verified" checkmark by clicking on it. If the checkmark says that "it's notable in government, news, entertainment, or another designated category," then it truly has been verified. Clicking on accounts that have paid $8 to receive a checkmark are marked with a different label that reads, "This account is verified because it's subscribed to Twitter Blue."

Musk previously tweeted, "Please note that Twitter will do lots of dumb things in coming months. We will keep what works & change what doesn't."

For further reading, we also reported about quite a few other "verified" parody accounts, including ones that impersonated Valve Software, Ben Shapiro, LeBron James, and others.

Previous Article
Next Article
Article 2 of 7 in Collection