How to Track Your Maricopa County Vote Amid 'Minor' Tabulator Issue

The largest county in Arizona was trending on Twitter, but these facts should help to calm fears. 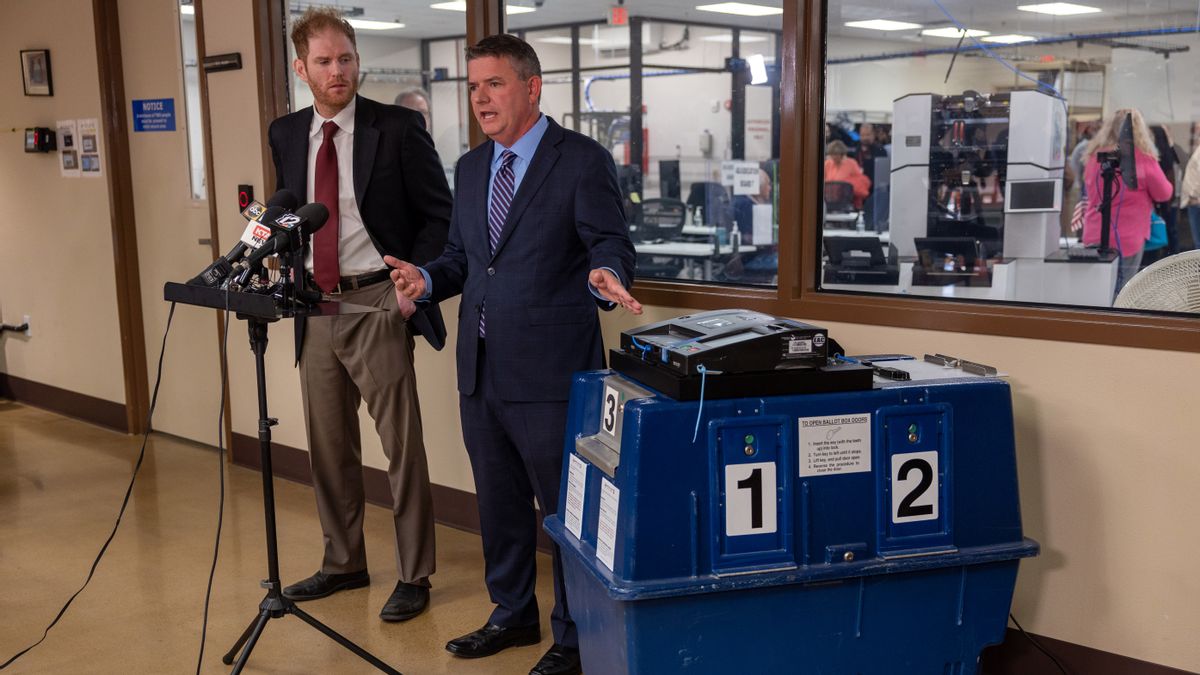 On Nov. 8, 2022, voters around the U.S. headed to the polls for Election Day to cast their ballot in the 2022 midterm elections. In the early morning hours, The Associated Press reported that there was "trouble with vote-tabulation machines at 20 percent of polling places" in Maricopa County, Arizona, the largest county in the state.

Soon after, Maricopa County was trending on Twitter for U.S. users. Videos were shared online that claimed people in the county were unable to have their ballots read by tabulators. The word "cheating" began to trend with well over 140,000 mentions.

However, this was only a "minor" issue, a spokesperson said. The facts appeared to support that statement.

Here's one very important fact: The Maricopa County Elections Department website allows everyone, including in-person voters, to track their ballot status so that they confirm whether their vote was processed.

Ensuring Ballots Will Be Counted

In a video posted on social media, Bill Gates, the lifelong Republican chairman of the Maricopa County Board of Supervisors (not the former Microsoft co-founder), said that the county already had a backup plan in place in case any tabulators experienced errors.

"We've got about 20 percent of the locations out there where there's an issue with the tabulator where some of the ballots, after people have voted them, they try and run them through the tabulator, and they're not going through," Gates said. "But the good thing is that, first of all, we're trying to fix this problem as quickly as possible, and we also have a redundancy in place."

Gates pointed in the video to a slot below the tabulators. "This is a secure box where those ballots will be kept for later this evening, where we'll bring them in here to central count to tabulate them."

"This would function much like early voting functions," county recorder Stephen Richer said. "We would get your ballot back, and once we signature-verified it, we would send it to our central tabulators. Ballots that are in [this secure box] here will already be, in effect, signature-verified, so we won't need to confirm identity, but we will central tabulate them. This is actually what the majority of Arizona counties do on Election Day all of the time." Richer is also a Republican.

Gates also added that there were 223 vote centers across the county, giving voters plenty of options should they run into long lines or if they desire to visit one of the 80 percent of voting locations that had not reported errors with tabulators.

The main details from the video were also tweeted by the department.

A review of the Maricopa County Elections Department's Twitter account showed that it was providing other guidance on the same subject. For example, the account responded to users who had questions and concerns under a tweet from Arizona Republican Party Chair Kelli Ward, who had cast doubt on specific vote tabulators on Election Day.

"Early ballots cannot be read by Election Day tabulators and should be returned by inserting it in the ballot drop box at any polling place," one tweet read. "In addition, Vote Centers have curbside voting. Curbside voting is available for any voter who is unable to enter the voting location."