A longer video of Lake's remarks, which included a comment that referenced the attack on Paul Pelosi, did not reveal any "creative editing." 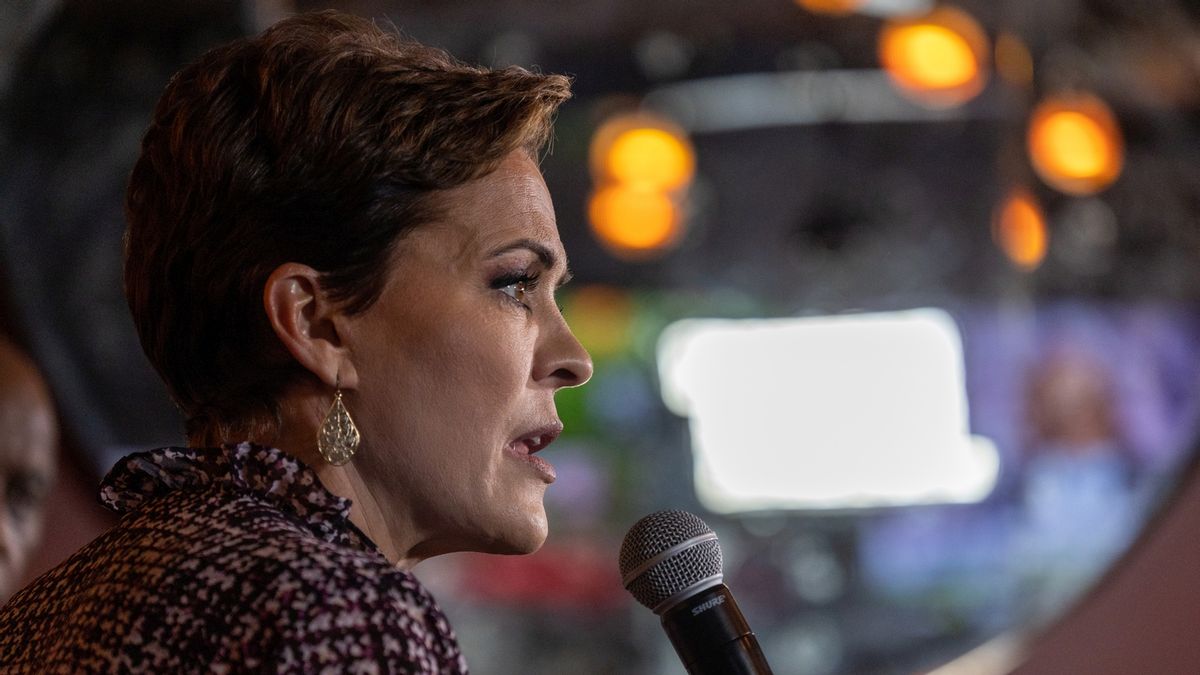 On Oct. 31, 2022, Kari Lake, the Republican candidate for Arizona governor, made a remark about the attack on Paul Pelosi, the husband of U.S. House Speaker Nancy Pelosi, a brutal assault that left him with a fractured skull and other injuries. Pelosi underwent surgery and left the hospital several days later.

While speaking at a campaign event in Scottsdale, Lake, who has been endorsed by former U.S. President Donald Trump, answered a question about school safety. During her answer, she said, "Nancy Pelosi, well, she's got protection when she's in D.C. Apparently, her house doesn't have a lot of protection."

In the moment, Lake paused and smiled as the audience laughed. She later claimed that the remark wasn't what it appeared to be and said that the "fake news media" had altered the clip with "creative editing." However, we found no evidence that her comment about Pelosi, which was described as a "joke" or "mockery" by The Wall Street Journal, The Washington Examiner, The Guardian, and others, had been decontextualized or misrepresented.

For example, the "CBS Evening News with Norah O'Donnell," the ABC News' program "World News Tonight with David Muir," NBC News' "Nightly News with Lester Holt," and several shows on CNN and MSNBC all aired Lake's comment about the Pelosi attack without deceptively editing it, based on the full broadcasts we watched on the Internet Archive TV News. It's true that these programs did not air Lake's answer in full, and it's true that, in general, more information can sometimes provide context that helps to show the meaning behind a brief statement. However, in this case, there's no evidence to suggest that the rest of her answer, which did not mention Pelosi again, could somehow have changed the meaning of her remark about the attack.

Lake, who was endorsed by former U.S. President Donald Trump, has "put false claims of election fraud at the center of her campaign," The Associated Press reported.

We transcribed the beginning of the answer below:

Question: Do you plan to have it in your budget to increase school safety, and how so?

Lake: I believe with the last budget, Wendy nod if I'm right, it was about $50 million put into increasing school safety, with school resource officers, armed officers, to make sure we're protecting our kids. It is not impossible to protect our kids at school. They act like it is. Nancy Pelosi, well, she's got protection when she's in D.C. Apparently, her house doesn't have a lot of protection.

Later in the week, Lake was asked twice about the remark by what appeared to be a pool of reporters. We transcribed both of Lake's answers. In the first answer, she said that she "never made light on the attack." When pressed about the laughter from the audience, Lake responded, "I can't be responsible for others."

Question: Was it a mistake to make light of the attack on Paul Pelosi yesterday?

Lake: I never made light on the attack. I was talking about our children and why they don't have better security at school, and I said that our politicians have security and that our athletes have security, and we need to have security for our children. Go back and look at the tape and don't do any creative editing like the fake media tends to do, and you'll see what I was saying. It's despicable.

Questioner: It got a laugh from the audience.

Minutes later, Lake was asked a second time about the subject. She again misleadingly claimed that her answer from Oct. 31 had been changed with "creative editing."

Question: And a quick one on the Paul Pelosi thing. Do you feel like your comment has been misrepresented on the Nancy Pelosi thing? Do you have anything to add?

Lake: It absolutely, and you know what? Go back and look at the video. A lot of creative editing was done, ok? And I think you all know it if you were there. They clipped that clip and made it look bad. And, listen, nobody's... I didn't attack anybody. I want to provide security for our children at schools, and that's what the question was about.

A raw, unedited video of Lake's two answers is available on YouTube. Lake's first answer begins at the 0:38 mark. Her second answer starts a few minutes later at the 4:35 point in the video.

"The Late Show with Stephen Colbert" later made light of Lake's "creative editing" claim in a comedic video of their own.