What Did George Carlin Say About 'When Fascism Comes to America'?

To find the truth, we looked to an old episode of HBO's "Real Time with Bill Maher." 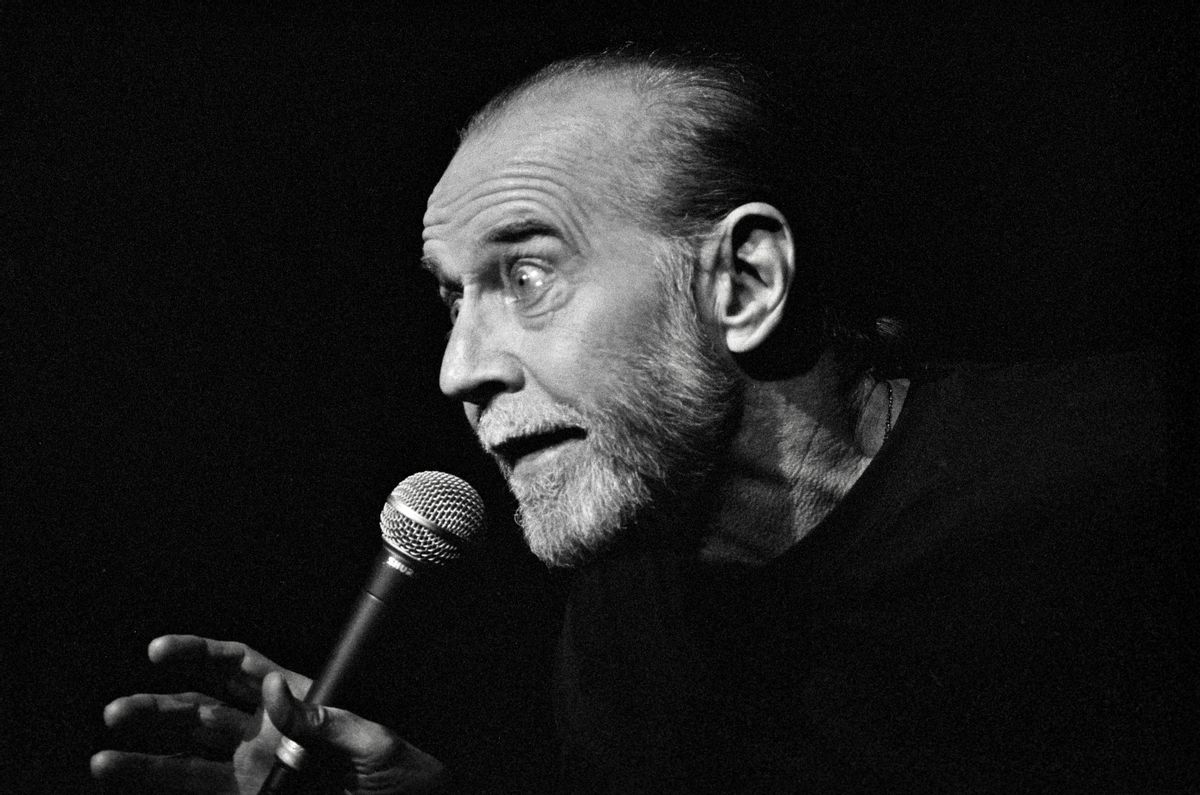 Stand-up comedian George Carlin died in 2008. However, that hasn't stopped his fans from quoting his many famous HBO specials and other TV appearances. One such Carlin quote that often receives shares online begins with the words, "When fascism comes to America ..."

In October 2022, a TikTok user posted a new video and said, "My favorite comedian in the world, George Carlin, once said, 'When fascism comes to America, it won't be wearing jackboots. It will be wrapped in the stars and stripes and carrying a Bible.'"

The TikTok user then showed a video from former U.S. President Donald Trump's rally in Robstown, Texas, which was held on Oct. 22. During Trump's remarks, he expressed his disagreement with the House committee investigating the violent protest at the U.S. Capitol on Jan. 6, 2021. This led to a small number of Trump's supporters to begin singing the anthem. Much of the rest of the crowd soon joined in.

The reality of the Capitol protest was that 140 law enforcement officers were injured during the violence. Capitol Police Officer Brian Sicknick, who was assaulted with a fire extinguisher during the riot, died the next day of natural causes. Four other officers committed suicide in the days, weeks, and months after Jan. 6. All told, at least seven people died in connection with the Jan. 6 protest, according to The New York Times.

While the quote mentioned in the TikTok video might sound like a sentiment that Carlin would agree with, the truth was that we only found evidence that he said the first half of the quoted remark.

That first half of the quote appeared in an episode of HBO's "Real Time with Bill Maher." The real Carlin quote was, "When fascism comes to America, it will not be in brown and black shirts. It will not be with jackboots. It will be Nike sneakers and smiley shirts."

The episode aired on Sept. 9, 2005, just days after Hurricane Katrina made landfall on the Gulf Coast. According to Britannica.com, the Category 5 hurricane "claimed more than 1,800 lives, and it ranked as the costliest natural disaster in U.S. history." At the time, former U.S. President George W. Bush was serving his second term in the White House.

Carlin referred to Bush as a "fascist president" while discussing the fact that he had called for "zero tolerance" of looters and price gougers in the aftermath of the hurricane. The discussion on the show revolved around how there were believed to be two different types of looters. Carlin and James K. Glassman were the main guests who engaged in this specific part of the debate. Glassman would later go on to be named the founding executive director of the George W. Bush Institute.

The debate went as follows:

Maher: Would you agree that there was two kinds of looting? There was the kind where people were desperate because they were starving and maybe were taking food out of the store, and then there were some people who were taking stereo equipment?

Maher: Would you agree that there was two kinds of looting?

Glassman: Yeah, people were walking away with television sets.

Maher: Would you agree that there was two kinds of looting?

Maher: Ok. Well, then, is it not wrong for the president to issue an ultimatum that there was "zero tolerance," and thereby encourage his right-wing flaks in the liberal media to go ahead and say, "This gives us license to suggest that we shoot people on sight," as if in the middle of this crisis where so many people are dying already, what we need to do is shoot Tyrone because he's getting out of Circuit City with soggy tweeters?

Maher: I don't think Tyrone always had soggy tweeters, but...

Carlin: I have an addendum to that. The real looting in this country takes place in the transfer of the wealth from the poor to the rich. I'm sorry that you (looking at Glassman) don't like class under truth my friend, but you're stuck with it. Class is... and the poor have been... systematically looting this country. The rich have been made richer under this criminal, fascist president and his government.

Carlin: When fascism comes to America, it will not be in brown and black shirts. It will not be with jackboots. It will be Nike sneakers and smiley shirts. Smiley. Smiley. Germany lost the Second World War. Fascism won it. Believe it, my friend.

Carlin's quote begins at the 2:38 mark in the video below.

We previously published fact checks about similar quotes on the subject of fascism. For example, it's true that former U.S. President Ronald Reagan once said, "If fascism ever comes to America, it will come in the name of liberalism."

Another quote claimed that author Sinclair Lewis once said, "When fascism comes to America, it will be wrapped in the flag and carrying a cross." However, we found no evidence that this came from Lewis.

This story will be updated if we uncover any other similar quotes either written or spoken by Carlin.