School Shootings Are Already at a Record in 2022

As of Oct. 24, there have been 257 shootings on school campuses — passing the 250 total for all of 2021, according to data compiled by criminal justice experts. 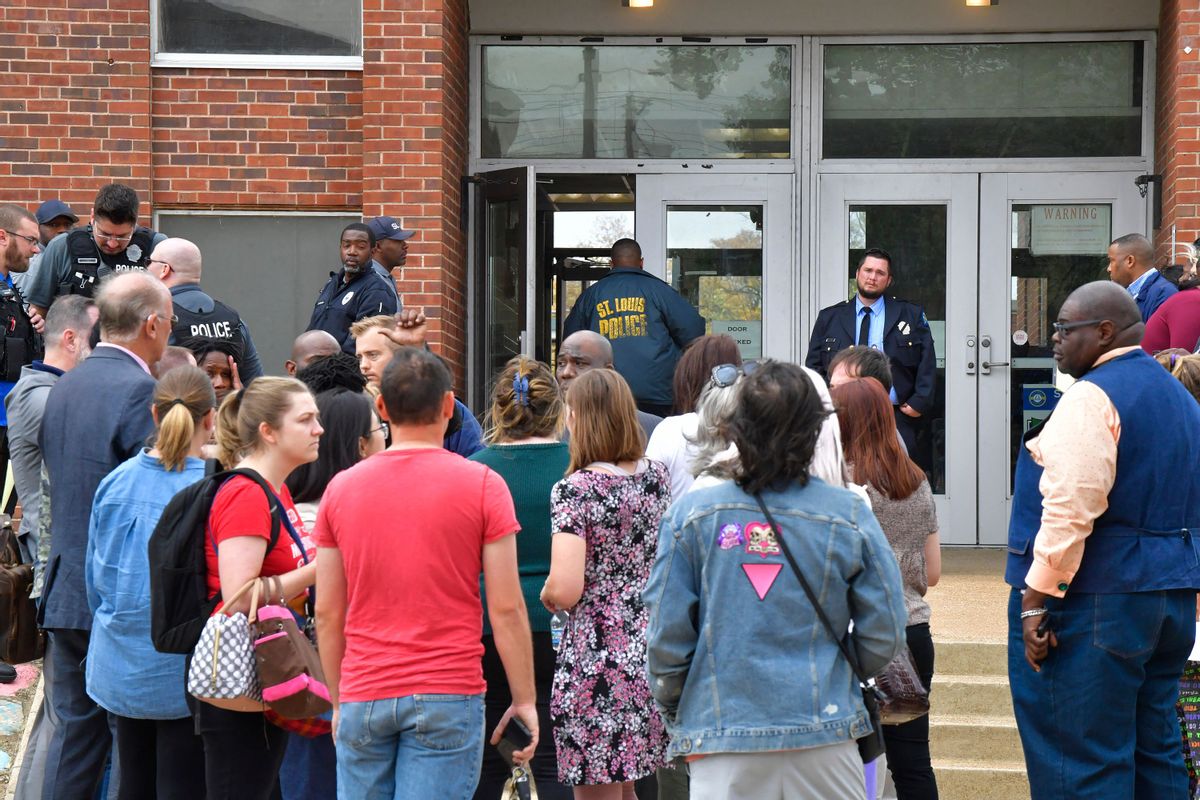 This article by James Densley, David Riedman and Jillian Peterson is republished here with permission from The Conversation. This content is shared here because the topic may interest Snopes readers; it does not, however, represent the work of Snopes fact-checkers or editors.

As a Michigan teen pleaded guilty on Oct. 24, 2022, to killing four students in a December 2021 attack, America was learning of yet another school shooting. This time, it was a performance arts high school in St. Louis, where a former student opened fire, killing two and injuring at least seven others before dying in a shootout with police.

The fact that yet another school shooting took place within hours of a gunman in a separate case appearing in court underscores how often these events take place in the U.S. As criminologists who have built a comprehensive database to log all school shootings in the U.S., we know that deadly school gun violence in America in now a regular occurrence – with incidents only becoming more frequent and deadlier.

Our records show that seven more people died in mass shootings at U.S. schools between 2018 and 2022 – a total of 52 – than in the previous 18 years combined since the watershed 1999 Columbine High School massacre.

Since the February 2018 mass shooting at Marjory Stoneman Douglas High School in Florida, moreover, more than 700 people have been shot at U.S. schools on football fields and in classrooms, hallways, cafeterias and parking lots.

Many of these shootings were not the mass killing events that schools typically drill for. Rather, they were an extension of rising everyday gun violence.

There have been shootings at U.S. schools almost every year since 1966, but in 2021 there were a record 250 shooting incidents – including any occurrence of a firearm being discharged, be it related to suicides, accidental shootings, gang-related violence or incidents at after-hours school events.

That’s double the annual number of shooting incidents recorded in the previous three years – in both 2018 and 2019, 119 shootings were logged, and there were 114 incidents in 2020.

Many of these incidents have been simple disputes turned deadly because teenagers came to school angry and armed. At East High in Des Moines, Iowa, in March 2022, for example, six teens allegedly fired 42 shots in an incident that took place during school dismissal time. The hail of gunfire killed one boy and critically injured two female bystanders. The district attorney described the case as one of the most complex murder investigations their office has ever conducted, partly because six handguns were used.

At Miami Gardens High in Florida that same month, two teens are alleged to have sprayed more than 100 rounds with a rifle and handgun modified for fully automatic fire. They targeted a student standing in front of the school, but bullets penetrated the building, striking two students sitting inside.

A similar situation unfolded outside Roxborough High in Philadelphia in October. A lunchtime dispute among students allegedly turned into a targeted shooting after a football scrimmage. Five teenage shooters are believed to have fired 60 shots at five classmates leaving the game, killing a 15-year-old.

In each of these cases, multiple student shooters fired dozens of shots.

In April, a sniper with 1,000 rounds of ammunition and six semiautomatic rifles fired from a fifth-floor window overlooking the Edmund Burke School in Washington, D.C. at dismissal. A student, parent, school security officer and bystander were wounded before the shooter died by suicide.

The increase in shootings in and around school buildings has many parents, students and teachers on edge. An October 2022 Pew Research survey found that one-third of parents report being “very worried” or “extremely worried” about a shooting at their child’s school.

Aside from the near daily occurrences of actual school shootings, there are also the near misses and false alarms that only add to the heightened sense of threat.

In September, a potential attack was averted in Houston when police got a tip that a student planned to chain the cafeteria doors shut and shoot students who were trapped inside. The following day near Dallas, another tip sent police scrambling to stop a vehicle on the way to a high school homecoming football game. Two teens had a loaded semiautomatic rifle and planned to commit a mass shooting at the stadium, it is alleged.

There have also been thousands of false reports of shootings this year. Hoaxes, swatting calls, even a viral TikTok school shooting challenge have sent schools across the nation into lockdown. Dozens, possibly hundreds, of these threats are automated 911 calls from overseas, but police have no choice but to respond.

People are so much on edge that a popped balloon at one California school in September led to an active shooter response from police. The sound of a metal pipe banging in August caused thousands of people to flee an Arkansas high school football stadium for fear of being shot. A loud bang from a chair being thrown caused a code red lockdown and parents to rush to a Florida high school.

The rising annual tally of school shootings has occurred despite enhanced school security in the two decades since the Columbine massacre. Metal detectors, clear backpacks, bulletproof chalkboards, lockdown apps, automatic door locks and cameras have not stopped the rise in school shootings. In fact, the May 2022 mass shooting at Robb Elementary School in Uvalde, Texas, provides a case study in systemic failure across the school safety enterprise.

Federal legislation passed in the wake of Uvalde will provide districts with money to hire additional school social workers, or pay for better communication mechanisms in school buildings to address the warning signs of violence missed in dozens of high-profile attacks.

It is aimed at better identifying and helping at-risk students before they turn to violence. However, another area that needs attention is students’ ready access to firearms.

Some school shooters, like the perpetrator in Uvalde, are young adults old enough to get their guns legally from gun stores, prompting questions over whether some states need to reconsider a minimum age for firearms sales.

Meanwhile, most school shooters get their guns from home, making safe storage of firearms a public health priority.

But many children get their guns from the streets. Preventing weapons from getting into the hands of potential school shooters will require police and policymakers to devote resources toward cracking down on straw purchasers – those who buy firearms for someone else – and getting stolen weapons, unserialized ghost guns and guns modified with auto-sears to make them fully automatic off the streets.

Such measures could be what it takes to stop the tragic normalization of school shootings.