Russian government sources report that the incident occurred in June 2022, and that the pilot was unharmed. 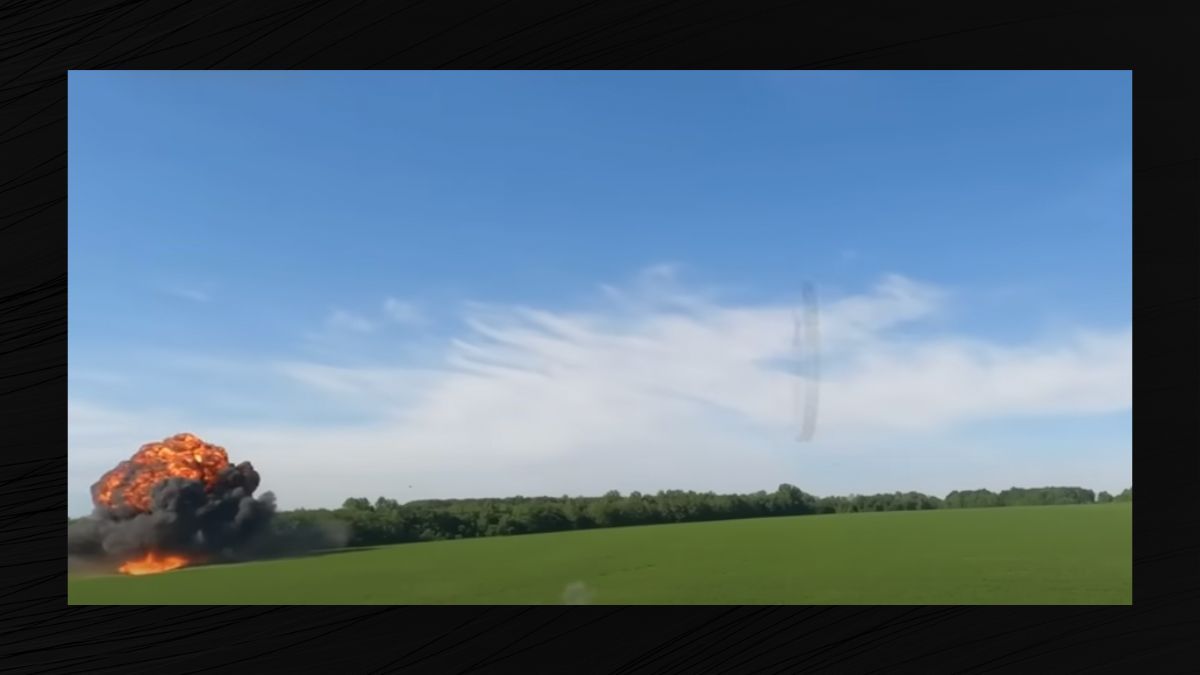 In late October 2022, news outlets and social media users shared footage of a pilot ejecting from a fighter jet and landing in a grassy field moments before the plane crashed in a fiery explosion, with reports that the footage came from a helmet camera worn by a Russian pilot.

The video was posted on Twitter by Rob Lee, senior fellow for the Foreign Policy Research Institute’s Eurasia Program:

"Bodycam footage shows Russian pilot ejecting before a crash, probably after his jet clipped a power line in training," Business Insider reported in a headline.

"The footage matches descriptions of a crash months earlier, in which a Russian Su-25 crashes in a training flight after clipping a power line," the publication reported.

In the video, the inside of the cockpit can be seen, then the front of the plane pitches up, and a loud crash can be heard. The pilot's parachute deploys, and just moments later, the plane crashes with an explosion. He drops to the ground with a grunt and a thud.

There were some conflicting messages about the cause of the crash. The Telegraph, a British publication, reported that the plane had been downed by Ukrainian missile in an "unknown location."

Lee described the plane as a Russian SU-25 fighter jet, and cited Russian news sources that posted the aftermath, and that stated that the crash happened in June 2022.

A news release issued by the Russian military on June 16, 2022, stated that the pilot was unharmed and the incident took place during a training flight in Belgorod region, which shares a border with Ukraine. Russia has been at war with Ukraine since the former invaded that country in February 2022.

We reached out to Lee to ask for insight on why the Russian government would choose to release the footage, and why some outlets have described it as a Ukrainian missile strike. We will update this story if we we receive a response.