The video had some wondering if it was created with a computer, but it appears to be a real drone shot. 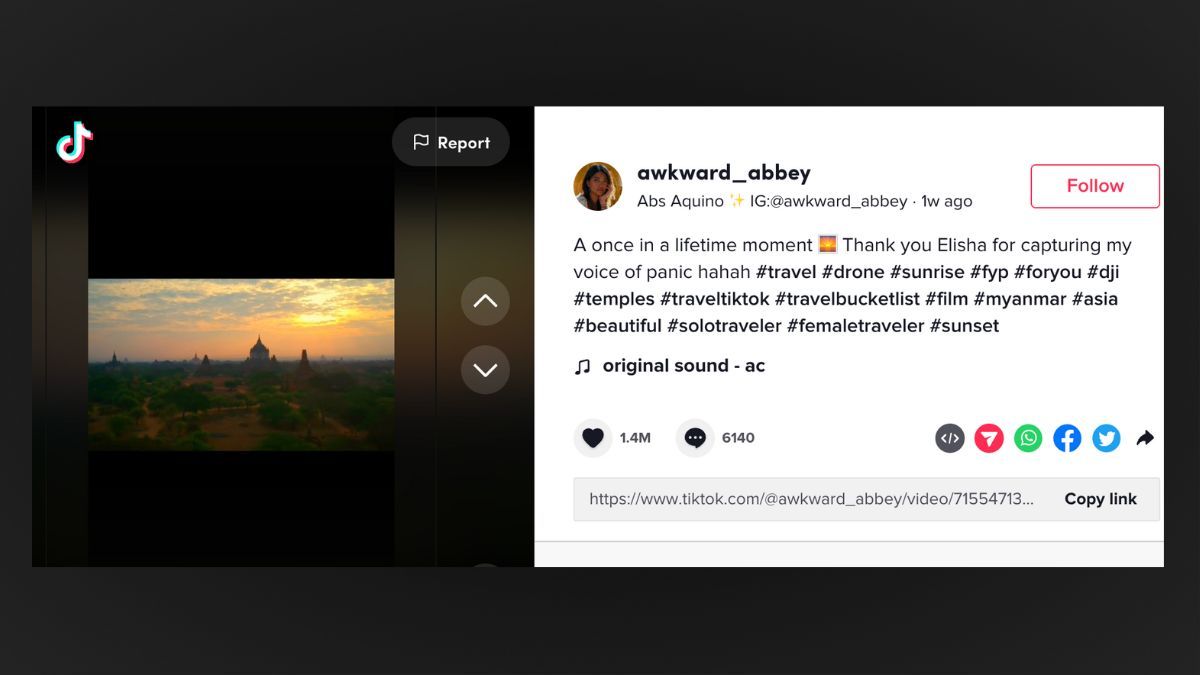 In October 2022, Reddit users expressed admiration over what appeared to be drone video of a flock of birds flying through a dramatic-looking sky, first against a blue sky with clouds, then a sunset over temples.

The video above is two separate videos spliced together, which explains why the first is vertical and the second is horizontal. The first portion of the video was shot from the ground, likely using a cellphone camera, and shows birds flying toward the airborne drone, to the chagrin of the drone's owner.

But the moment of fright was worth it, apparently, because the second video, shot using the drone, shows a beautiful sunset over Bagan, Myanmar. It has been viewed millions of times:

Writing for the Philippines-based outlet SunStar, Aquino said she has been flying drones for photography after being inspired to do so during a trip to Hong Kong in 2017.