Is Vinegar Safer Than Bleach for Preserving Carved Pumpkins? 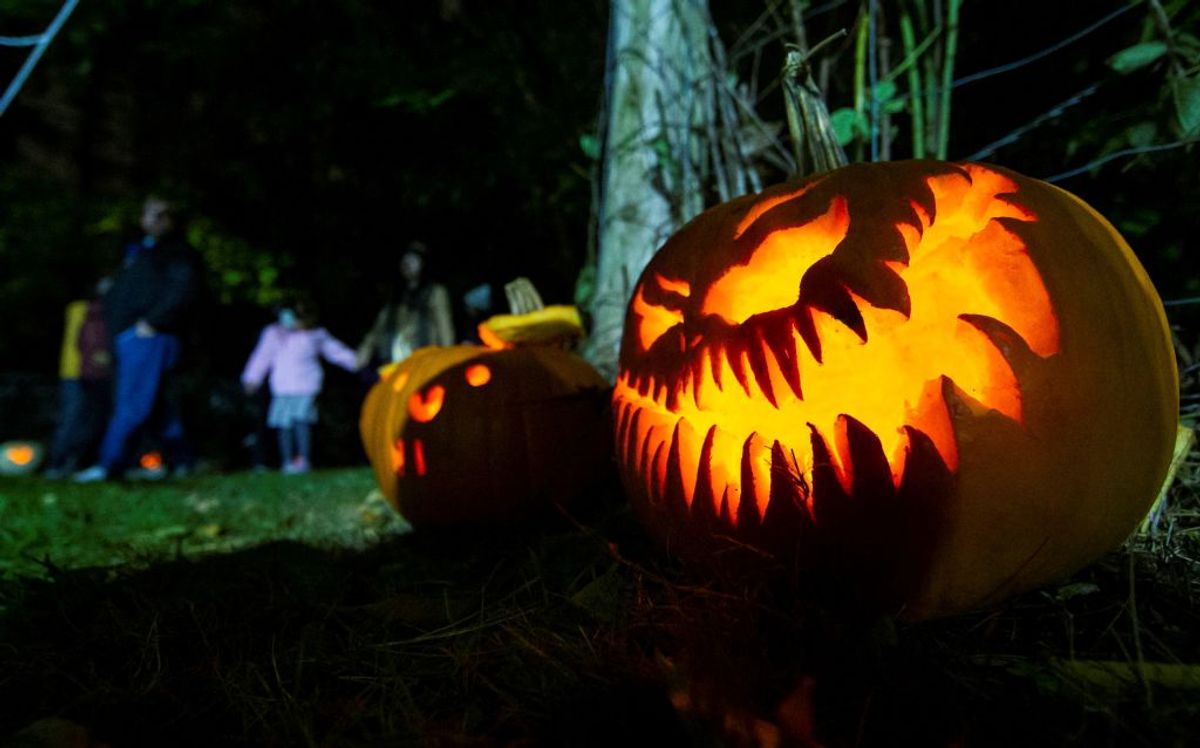 It's October, which means it's time for annual Halloween-themed internet outrage. This year's version directs jack-o-lantern makers to avoid placing bleach-treated pumpkins on porches in favor of vinegar-treated ones, out of concern for the safety of wildlife who might dine on the pumpkins.

As we reported in 2020, some Facebook users needlessly lashed out at a woman that year for suggesting people treat carved pumpkins with bleach to make them last longer, and accused her of endangering wildlife. This year, posts circulated suggesting that Halloween revelers treat pumpkins with vinegar as a safe alternative to bleach, to protect wildlife that might eat the pumpkins.

An example of one post being copied and shared on social says:

PSA: DO NOT bleach your pumpkins to make them last longer!! I've seen this tip being shared all over social media this season and it stinks! Please remember pumpkins are food, especially to lots of the wildlife! Deer, squirrels, raccoons, possums, mice, rats, chipmunks, birds, and even bugs. We deliberately stick them outside somewhere where wildlife can access them and we DO NOT want our wildlife eating bleached pumpkins!!! ???
Instead, try using vinegar. 1 part vinegar to 10 parts water will work just as well. Thanks! Using bleach on pumpkins doesn't create a death trap for wildlife, as we reported in 2020. Using vinegar is not dangerous, but it's also an ineffective choice.

We will explain below.

Is It Dangerous to Wildlife to Treat Carved Pumpkins With Bleach?

In 2015, bleach company Clorox posted to its website a diluted solution consumers can make to treat pumpkins and help them last longer, consisting of three teaspoons of bleach mixed with three gallons of water. The Clorox website recommends spraying the inside of carved pumpkins with the solution.

"Don’t worry about bleach hurting squirrels or other curious critters who might take a nibble of your treated pumpkin. During normal household use, bleach breaks down primarily into salt and water," the website states.

This is true, according to chemists we consulted. Using diluted bleach to treat a carved pumpkin probably won't poison wildlife because bleach breaks down rapidly when exposed to elements. Animals can also smell any active bleach on the surface of the pumpkin and thus would probably avoid eating it.

If you choose to use diluted bleach to treat your jack-o-lantern, let it dry before setting it outside, said Bill Carroll, adjunct chemistry professor for Indiana University Bloomington. That gives the bleach in the solution the opportunity to convert to something benign.

"The reason you’re doing that [letting it dry] is because the bleach does its action, then it goes away to salt and water in the end. That’s where bleach goes to die," Carroll said.

Carroll added that animals have a keen sense of smell and would likely avoid any food with the smell of bleach on it.

"I have never had an animal break into my house to get to my bleach," he said. "Those animals go by their sense of smell, and I guarantee you that bleach doesn’t smell like anything they want to eat."

Is Vinegar a Safer Alternative to Bleach?

Vinegar is safer for humans to handle than bleach. But it's not an alternative to bleach, Carroll said.

"You gotta ask yourself, why are you undoing this [bleach practice]?" Carroll said.

The goal is to kill mold that spoils the pumpkin. And vinegar won't accomplish that.

A diluted vinegar solution can be used for some types of cleaning, but that's an important distinction to make. Cleaning and disinfecting are two different things, Carroll pointed out.

Chris Reddy, senior scientist in marine chemistry and geochemistry for Woods Hole Oceanographic Institution, told Snopes there's no real difference in safety for wildlife if Halloween decorators use vinegar or bleach on pumpkins.

That said, handling bleach is more dangerous to the humans doing the handling.

"If I were in the kitchen pouring some vinegar into a squirt bottle, I would’t think anything of it," he said. "If I were pouring bleach, I would probably not let the kids be in the room with me. In the grand scheme of things, I worry more about human safety in handling bleach. Bleach is a powerful chemical. But I don’t think it is going to cause any stress on the environment from wiping down a pumpkin."

Reddy doesn't believe using either bleach or vinegar is going to have much effect on the shelf life of carved pumpkins, however, because once you clean them off and set them out, they are once again exposed and vulnerable to elements that will spoil them.

"You can make your pumpkin as clean as you want, but it’s only clean until it gets exposed again, and sitting on your front porch is not a Level 4 lab safety environment," he noted.

Factors like how old the pumpkin was when it was purchased and whether it's placed in direct sunlight will also play into how long it lasts on your porch.

"Don’t cut if if you want it to last for along time. A cut mango isn’t gonna last as long as a new mango," Reddy said, comparing pumpkins to other fruit counterparts you can buy in a grocery store.

Reddy added that if he wanted to make a carved pumpkin last a little longer, he might rub beeswax or car wax on it to give it a layer of protection.

But ultimately, he said, carving a pumpkin and dousing it with household products likely won't harm the environment or wildlife, unlike other human activities.

"It’s admirable that people are thinking about lessoning the impacts of their every day lives on mother nature," Reddy said. "How do we take that passion and interest in not killing a squirrel with our pumpkin and redirect it to things like, maybe not having as much fertilizer on our grass, or turning the temperature down on our heating, or turning the lights off when we don't need them?"