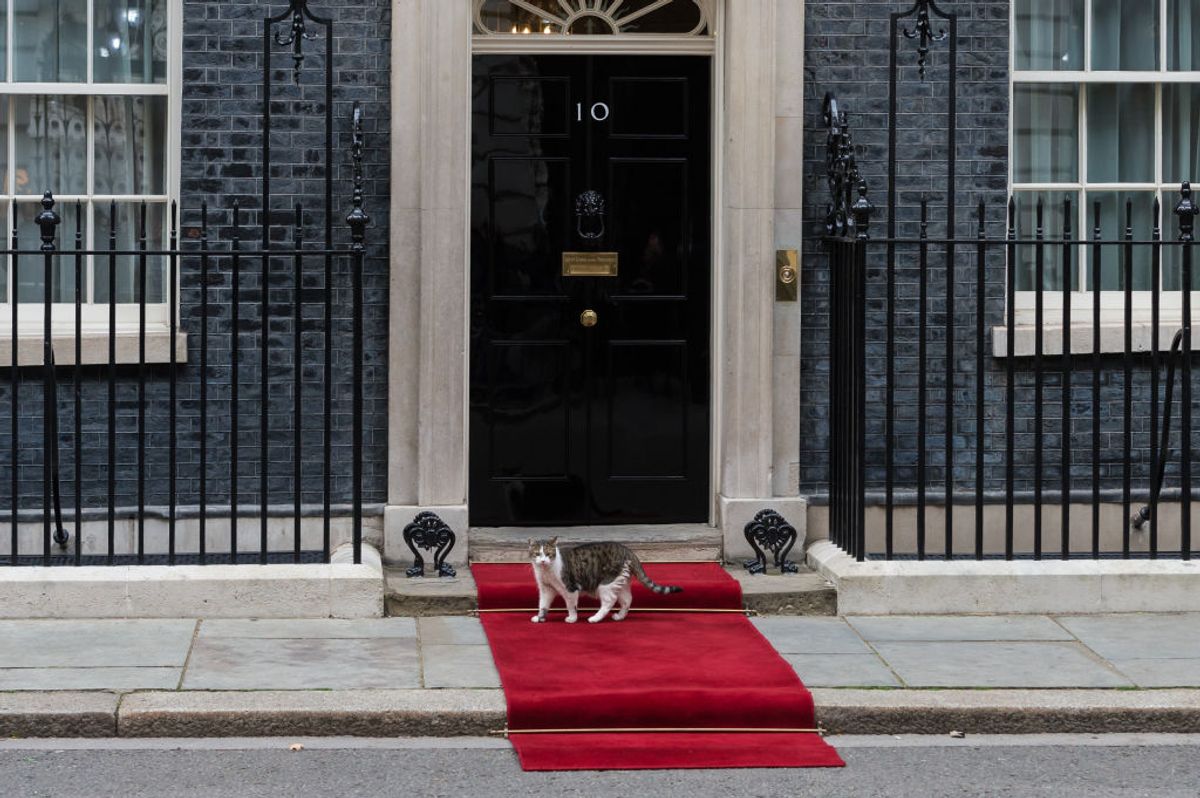 Britain has gone through four prime ministers in recent years, but one thing has remained steady through the political upheaval — Downing Street's guard cat.

Liz Truss resigned as prime minister on Oct. 20, 2022. Meanwhile, Larry, the gray-and-white tabby known as the "mouser of Downing Street," went viral just 10 days prior for protecting his turf against a wayward fox.

Larry (of course) has a Twitter account, and was pawing snarky tweets all through the political turmoil.

At 15 years old, Larry is a senior citizen in kitty years. But he has proved he still has pep in his step — and more longevity than Britain's top politicians.

As we reported in July 2022, when former Prime Minister Boris Johnson stepped down to make way for Truss, Larry, who was adopted by the British cabinet in 2011 and appointed "chief mouser," has outlived the political tenures of David Cameron, Theresa May Johnson, and Truss. Long live Larry.