A TikTok video claimed that Chipotle has a policy that says online orders should receive less food compared to orders placed inside the restaurant. 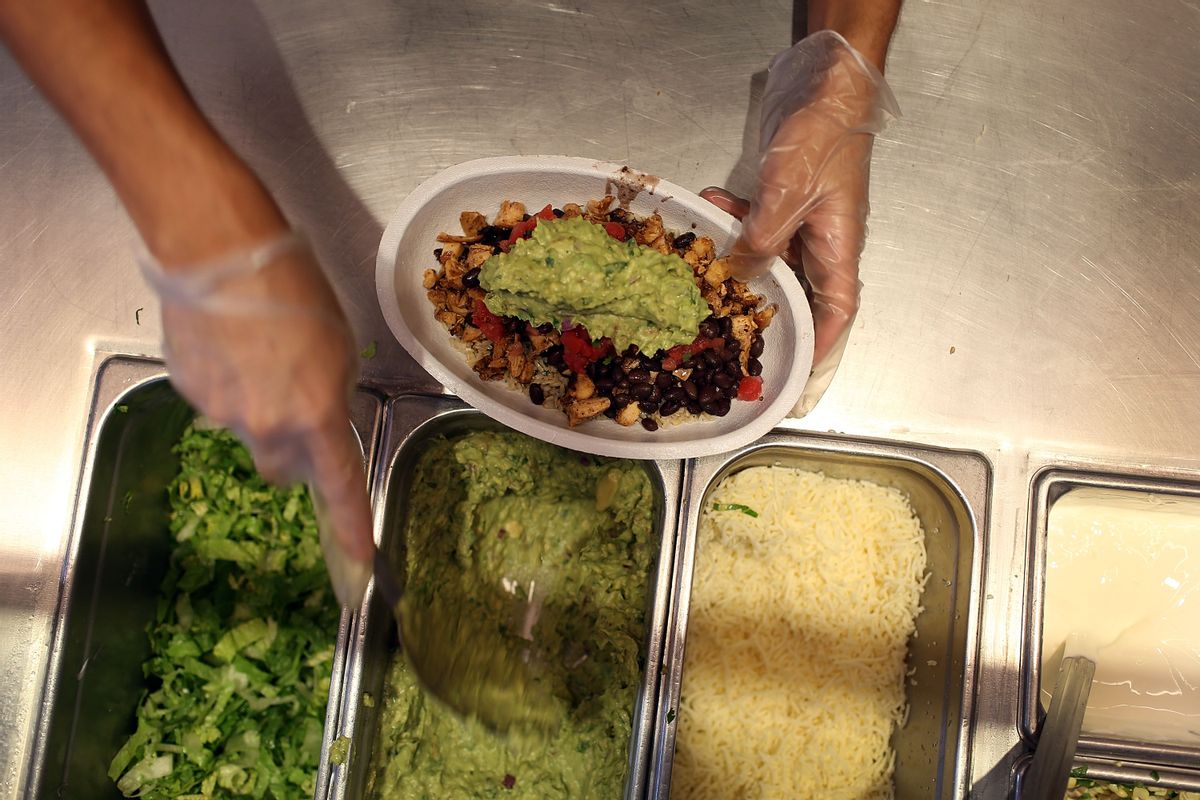 On Oct. 14, a TikTok user named Aaron Leopold claimed in a video that Chipotle Mexican Grill had a policy to provide less food to customers making online orders. According to Leopold, employees of the Mexican restaurant chain were told to "half scoop" ingredients for digital orders made on the website or in the Chipotle app, apparently opposed to full scoops for customers who place orders on-site.

We reached out to Chipotle by email to ask about the matter. First, we inquired about whether "half scooping" for digital orders has ever been part of company policy. We also asked if the company could provide any historical data or analytics that might show a disparity in the amount of food customers receive when ordering at the counter versus ordering online.

In response, a company spokesperson told us only, "This is not our policy for online ordering."

'Full Portions No Matter What'

The company has said before on its own Twitter account that customers shouldn't be receiving "half scoops."

In one tweet from 2016, a company representative named Olivia responded to a customer, saying, "I'm sorry about the half scoops. We should provide you full portions no matter what."

Another tweet from 2017 showed a Chipotle representative named AC replying to a different customer with, "Hmm, we shouldn't be giving half scoops and want to hook it up if you ask for extra. Hopefully we'll wow you next time."

On the flip side, we also found tweets with customers being reassured who wanted to know if it was possible to request "half scoops," in case the meals they received contained too much food for them to eat.

In the video from Leopold, he responded to another user with a "stitch," which for readers unfamiliar with the platform is a TikTok term that indicates a video shows a partial amount of another user's video, usually as a way of providing context for a response.

The user Leopold was responding to initially posted on Oct. 4, "When I used to work at Chipotle and would give everyone who ordered online half scoops."

Leopold then responded, "For those of you who don't know, this is true. One of the first things they tell you when you're on the 'DML,' or 'digital makeline,' is that you're supposed to half scoop every single order. That's why your orders look hella small."

The video had been viewed more than 1.2 million times as of Oct. 19.

A Robotic Future for Chipotle

Speaking of the "digital makeline" mentioned by Leopold, in July 2022, Chipotle announced in a news release that it had invested in robotics technology in order to fulfill at least some digital orders:

Hyphen, based in San Jose, CA, believes that modern day kitchens need to move faster without sacrificing quality, accuracy, or hospitality. The company's first product, The Makeline, is an automated system that utilizes advanced robotics and a customized operating system to give busy kitchens a reliable and precise way to make and fulfill orders. The Makeline assembles all digital orders under the counter via automated production while allowing staff to assemble in-house orders from the top of the counter.

"Hyphen is reimagining the intersection between makelines and digital kitchens, with a focus on improving speed and order accuracy," said Curt Garner, Chief Technology Officer at Chipotle. "Their use of robotics to enhance the employee and guest experience to find efficiencies in the restaurant industry aligns with our mission of leveraging emerging technology to increase access to real food."

According to the news, "Hyphen's automated makeline produces over 350 meals an hour while eliminating order defects and cross-contamination."

For further reading, we previously reported on another TikTok video that claimed to show Chipotle employees in one restaurant had mysteriously vanished.