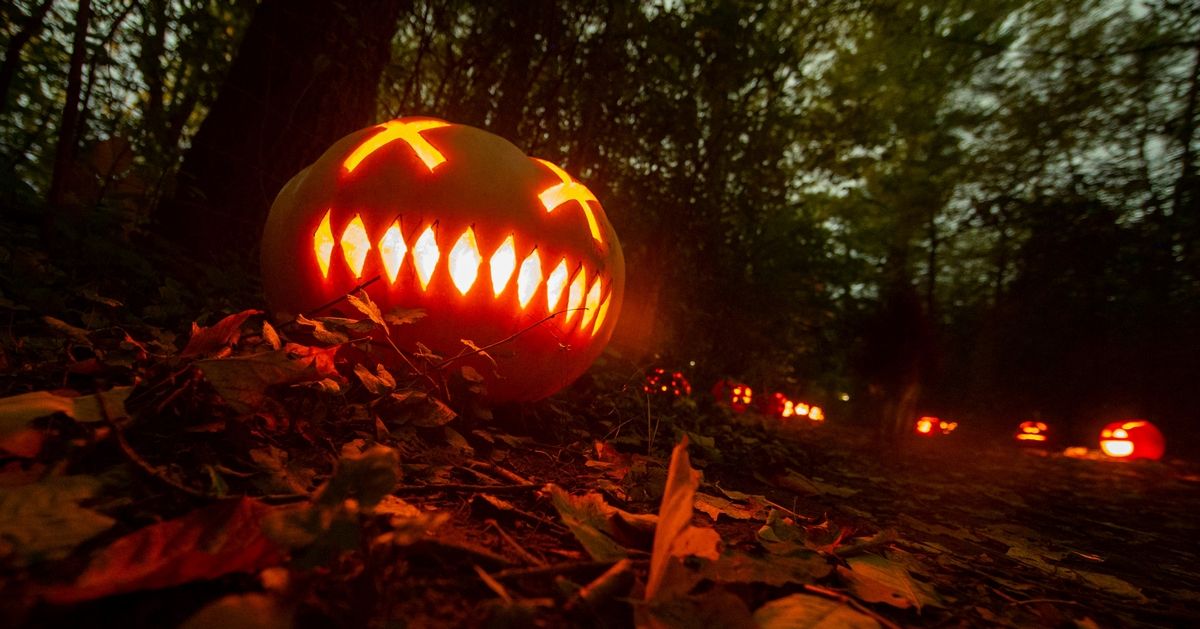 Almost as sure as fall brings out the Halloween decor and pumpkin spice in everything, it also brings scarelore about supposed dangers lurking in Halloween candy.

In years past, we've seen viral warnings of poisoned candy or candy distributed with sharp items like razors or needles inside. In the fall of 2022, the internet was alight with a new twist on these urban legends: deadly rainbow fentanyl Halloween candy.

This year's Halloween candy panic also may have been compounded by the upcoming 2022 midterm elections. The rainbow fentanyl Halloween candy tale contained a number of factors that would make the story hot in an election year: a novel version of a dangerous street drug, a threat to children's safety, and the U.S.-Mexico border, an evergreen source of political flame-throwing. And it's been politicians who have leapt to raise the specter of fentanyl-tainted candy.

We'll break down the Halloween candy/rainbow fentanyl scare below.

What Is Fentanyl and Why Is Everyone Talking About It?

Fentanyl is a powerful painkiller, an opioid that is 50 to 100 times more potent than morphine, according to the U.S. Centers for Disease Control and Prevention (CDC).

There were 72,935 deaths from synthetic opioids during the 12-month period ending in April 2022, according to Brian Tsai, spokesperson for the CDC's National Center for Health Statistics. Tsai said in an email to Snopes that while fentanyl is grouped in with the "synthetic opioid" category on death certificates, it accounts for the majority of deaths from drugs in that category.

Illicit fentanyl poses a legitimate danger to health and safety, and young people have been harmed by it. The Los Angeles Unified School District in the fall of 2022, for example, began providing Narcan, a narcotic overdose antidote, to all of its campuses after seven teens overdosed on fentanyl.

Although fentanyl has real-world lethality, it's also sometimes the subject of moral panic-driven misinformation, including misleading claims to the effect that simply coming into accidental contact with the drug -- i.e., touching it or being too close to it -- can lead to overdose. Medical experts have debunked these rumors, stating that such casual contact wouldn't be sufficient to cause an overdose.

What Is Rainbow Fentanyl?

On Aug. 30, 2022, the U.S. Drug Enforcement Administration (DEA) issued a news release stating that brightly colored fentanyl pills, dubbed "rainbow fentanyl" by the news media, had been seized by authorities in 18 states. The DEA warned that "this trend appears to be a new method used by drug cartels to sell highly addictive and potentially deadly fentanyl made to look like candy to children and young people."

The DEA's news release drew criticism from some. Mariah Francis, a resource associate with the National Harm Reduction Coalition, told Rolling Stone that selling drugs in brightly colored pill form is not new, and doesn't necessarily mean that children are the targeted buyers. Such pills have been sold for decades.

"We saw it with MDMA, we see it in club drugs," Francis told Rolling Stone. "And it's actually kind of embarrassing because the DEA is really just late, late to the party."

Francis further stated to Rolling Stone that the motive for selling drugs is profit, and that because children don't typically have incomes, the idea of sneaking any drug into Halloween candy is "utterly divorced from reality."

We reached out to the DEA asking for clarification about the claim that rainbow fentanyl is being marketed specifically to children, and whether the alleged intent is to disguise the drugs or entice children to consume them. We didn't get a response in time for publication, but will update this story if we do.

A spokesperson for the CDC told us that the agency doesn't have data about deaths and hospitalizations specific to rainbow fentanyl, as opposed to the drug in general.

How Did the Story Turn Into Rainbow Fentanyl in Halloween Baskets?

The DEA's news release made no mention of drug-laced Halloween candy. On Sept. 19, Fox News reported that over the course of the preceding weekend, U.S. Customs and Border Protection agents seized hundreds of thousands of fentanyl pills at the Nogales port of entry in Arizona. Among those, 30,000 pills were "rainbow-colored." The Fox News report also made no mention of Halloween candy.

One day later, on Sept. 20, Republican National Committee Chairwoman Ronna McDaniel responded to accusations by former U.S. President Bill Clinton, a Democrat, that Republicans employ fear tactics to win elections. McDaniel answered back that it's Democratic legislators who scare voters with their policies. She said:

Just last month, 2,000 pounds of fentanyl came across our border. That could kill 500 million people. We're coming into Halloween. Every mom in the country right now is worried, what if this gets into my kid's Halloween basket ... The rainbow fentanyl. What if my teenager gets this. And the Democrat Party is ignoring this ...

As if to disprove McDaniel's accusation, Senate Majority Leader Chuck Schumer, a Democrat from New York, on Sept. 25 held a news conference saying he is seeking $290 million in funding specifically to fight the fentanyl crisis. Schumer held up pictures of candy and rainbow fentanyl, saying, "Halloween is coming up … this is really worrisome and really dangerous."

DEA Administrator Anne Milgram told NBC Nightly News that the rainbow colors are a marketing ploy, intended to attract more potential young drug users and generate more profit for themselves. She did not say that drug traffickers were planning to give the pills out for free and trick young kids into thinking they're eating candy.

Fentanyl is a powerful and dangerous drug, and the risk of both adults and children overdosing on it is real. The DEA has warned about fentanyl pills being sold in bright colors as a sales ploy. But we found no credible, fact-based warning about rainbow fentanyl being handed out to trick-or-treaters on Halloween.

Nevertheless, parents and kids are advised to exercise due caution with their Halloween candy this year, or any year. The U.S. Food and Drug Administration has a list of tips to follow to help make sure the annual sugar rush is a safe one. Tips include things like only accepting and eating commercially wrapped candy, and avoiding snacking on candy until it can be brought home and inspected.

Updated with further information from the CDC on fentanyl deaths.