Expert: Super-Earths Are Bigger, More Common and More Habitable Than Earth Itself

Research has shown that the best chance astronomers have of finding life on another planet is likely to be on a so-called "super-Earth." 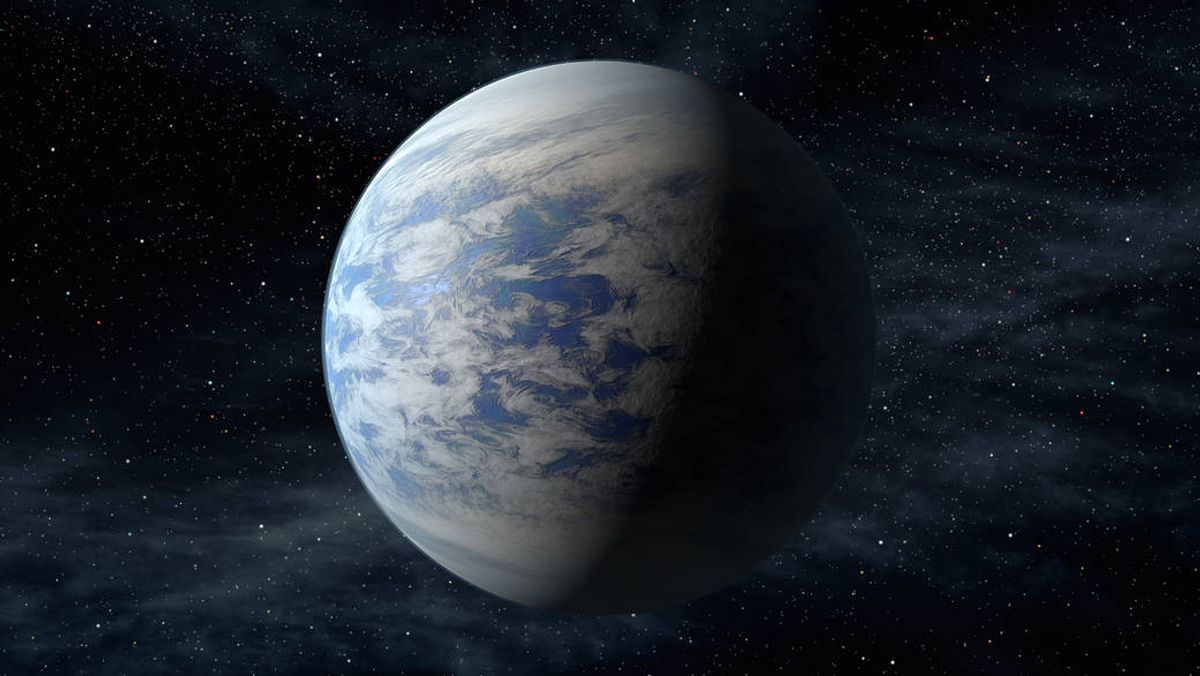 This article by Chris Impey is republished here with permission from The Conversation. This content is shared here because the topic may interest Snopes readers; it does not, however, represent the work of Snopes fact-checkers or editors.

I’m a professor of astronomy who studies galactic cores, distant galaxies, astrobiology and exoplanets. I closely follow the search for planets that might host life.

Earth is still the only place in the universe scientists know to be home to life. It would seem logical to focus the search for life on Earth clones – planets with properties close to Earth’s. But research has shown that the best chance astronomers have of finding life on another planet is likely to be on a super-Earth similar to the ones found recently.

A super-Earth is any rocky planet that is bigger than Earth and smaller than Neptune. Aldaron, CC BY-SA

Common and Easy to Find

Most super-Earths orbit cool dwarf stars, which are lower in mass and live much longer than the Sun. There are hundreds of cool dwarf stars for every star like the Sun, and scientists have found super-Earths orbiting 40% of cool dwarfs they have looked at. Using that number, astronomers estimate that there are tens of billions of super-Earths in habitable zones where liquid water can exist in the Milky Way alone. Since all life on Earth uses water, water is thought to be critical for habitability.

Based on current projections, about a third of all exoplanets are super-Earths, making them the most common type of exoplanet in the Milky Way. The nearest is only six light-years away from Earth. You might even say that our solar system is unusual since it does not have a planet with a mass between that of Earth and Neptune.

Most exoplanets are discovered by looking for how they dim the light coming from their parent stars, so bigger planets are easier to find. Nikola Smolenski, CC BY-SA

Another reason super-Earths are ideal targets in the search for life is that they’re much easier to detect and study than Earth-sized planets. There are two methods astronomers use to detect exoplanets. One looks for the gravitational effect of a planet on its parent star and the other looks for brief dimming of a star’s light as the planet passes in front of it. Both of these detection methods are easier with a bigger planet.

Due to Earth’s tectonic activity and changes in the brightness of the Sun, the climate has veered over time from ocean-boiling hot to planetwide, deep-freeze cold. Earth has been uninhabitable for humans and other larger creatures for most of its 4.5-billion-year history. Simulations suggest the long-term habitability of Earth was not inevitable, but was a matter of chance. Humans are literally lucky to be alive.

Researchers have come up with a list of the attributes that make a planet very conducive to life. Larger planets are more likely to be geologically active, a feature that scientists think would promote biological evolution. So the most habitable planet would have roughly twice the mass of the Earth and be between 20% and 30% larger by volume. It would also have oceans that are shallow enough for light to stimulate life all the way to the seafloor and an average temperature of 77 degrees Fahrenheit (25 degrees Celsius). It would have an atmosphere thicker than the Earth’s that would act as an insulating blanket. Finally, such a planet would orbit a star older than the Sun to give life longer to develop, and it would have a strong magnetic field that protects against cosmic radiation. Scientists think that these attributes combined will make a planet super habitable.

By definition, super-Earths have many of the attributes of a super habitable planet. To date, astronomers have discovered two dozen super-Earth exoplanets that are, if not the best of all possible worlds, theoretically more habitable than Earth.

Recently, there’s been an exciting addition to the inventory of habitable planets. Astronomers have started discovering exoplanets that have been ejected from their star systems, and there could be billions of them roaming the Milky Way. If a super-Earth is ejected from its star system and has a dense atmosphere and watery surface, it could sustain life for tens of billions of years, far longer than life on Earth could persist before the Sun dies. 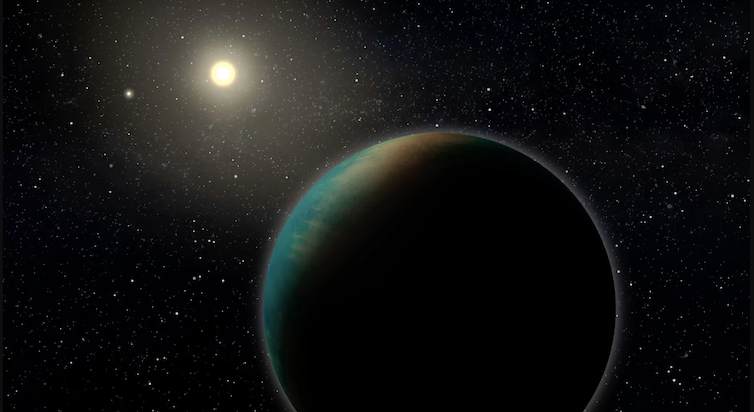 One of the newly discovered super-Earths, TOI-1452b, might be covered in a deep ocean and could be conducive to life. Benoit Gougeon, Université de Montréal, CC BY-ND

To detect life on distant exoplanets, astronomers will look for biosignatures, byproducts of biology that are detectable in a planet’s atmosphere.

NASA’s James Webb Space Telescope was designed before astronomers had discovered exoplanets, so the telescope is not optimized for exoplanet research. But it is able to do some of this science and is scheduled to target two potentially habitable super-Earths in its first year of operations. Another set of super-Earths with massive oceans discovered in the past few years, as well as the planets discovered this summer, are also compelling targets for James Webb.

But the best chances for finding signs of life in exoplanet atmospheres will come with the next generation of giant, ground-based telescopes: the 39-meter Extremely Large Telescope, the Thirty Meter Telescope and the 24.5-meter Giant Magellan Telescope. These telescopes are all under construction and set to start collecting data by the end of the decade.

Astronomers know that the ingredients for life are out there, but habitable does not mean inhabited. Until researchers find evidence of life elsewhere, it’s possible that life on Earth was a unique accident. While there are many reasons why a habitable world would not have signs of life, if, over the coming years, astronomers look at these super habitable super-Earths and find nothing, humanity may be forced to conclude that the universe is a lonely place.

Chris Impey is the University Distinguished Professor of Astronomy at the University of Arizona. This article is republished from The Conversation, an independent nonprofit news source dedicated to unlocking the knowledge of experts, under a Creative Commons license. Read the original article.