Migrants Were Flown to Martha's Vineyard from Texas, Not Venezuela

An ambiguous tweet led some users to believe that Florida Gov. Ron DeSantis had ordered that undocumented immigrants be flown from Venezuela to Martha's Vineyard. 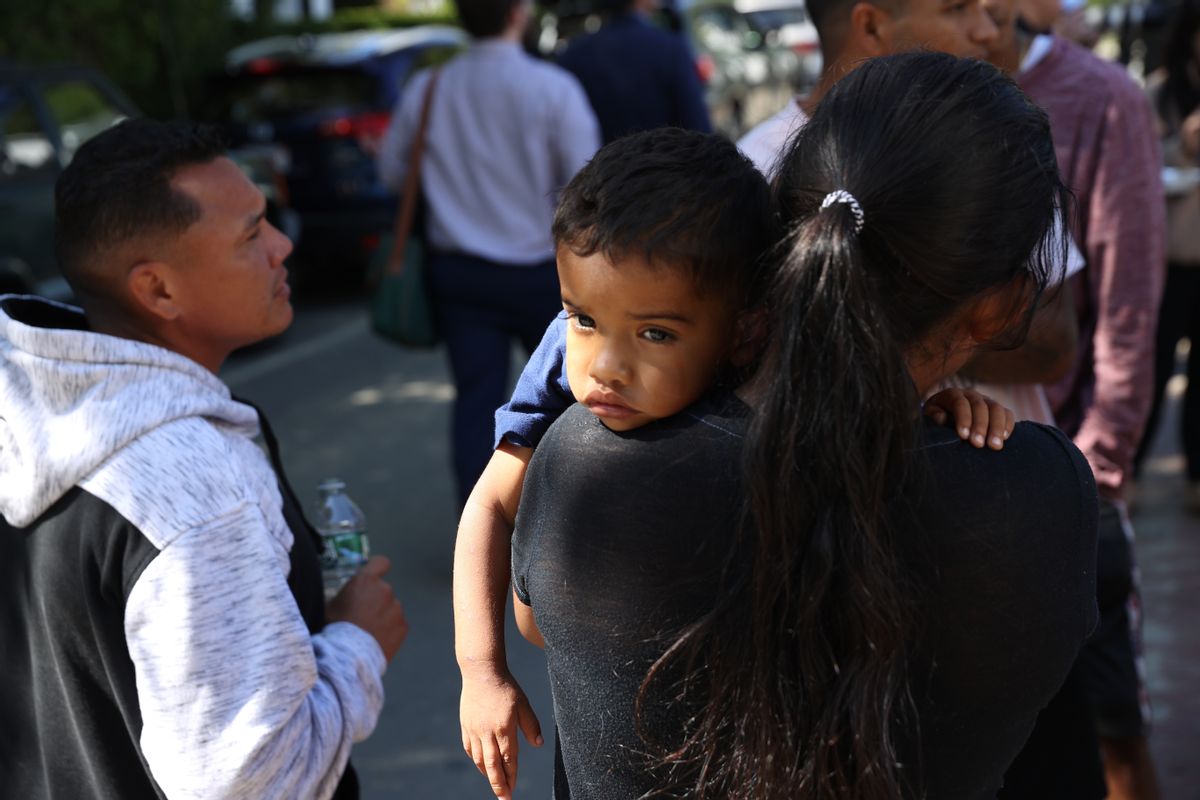 On the day after Florida Gov. Ron DeSantis had the state of Florida pay for two planes to transport undocumented immigrants to Martha's Vineyard, a popular tweet appeared to lead some users to believe that they had boarded the flights in Venezuela.

The tweet that led to the confusion came from Rick Wilson, a co-founder of the anti-Donald Trump group The Lincoln Project. Hours later, it had been retweeted and liked more than 50,000 times.

In the tweet, Wilson said, "A friend points out @RonDeSantisFL flew two planeloads of illegal migrants from Venezuela to Martha's Vineyard without coordinating with DHS or INS… Does that make him a coyote? I mean, I'm no lawyer, but 8 USC 1342 ii…"

We found multiple replies from confused users who appeared to wrongly believe that Wilson was saying DeSantis had the migrants board the planes in Venezuela. (Additional examples of confused users can be found here.)

However, Wilson included an image in his tweet regarding criminal penalties for 8 U.S. Code § 1324, which was titled, "Bringing in and harboring certain aliens." The text specifically described the violation of law for the act of transporting, moving, or attempting to do one or the other to an "alien" who is already within the U.S.

Wilson later remarked about his original tweet in a response to a user, saying that he meant the migrants were from Venezuela, not the flights.

As CBS News reported, the group of migrants were mostly of Venezuelan origin and were flown on two planes from Texas after they had crossed the U.S.-Mexico border. During the flights, they made a stop in the Florida panhandle and later landed on Martha's Vineyard.

The Vineyard Gazette, a newspaper serving Martha's Vineyard, reported that the 48 or so migrants, some of whom were young children, had arrived "unexpectedly," and that they were from either Venezuela or Colombia:

“We’re immigrants,” said Eliase, who said he was from Venezuela. “We came here because of the situation in our country, for the economy, for work, for lots of things. I came here walking. We went through 10 different countries until we got to Texas. There a refugee association put us in a plane and told us there would be work and housing here. I feel good, despite everything. We spent four days in Texas so it’s good to be here."

Sen. Julian Cyr said the plane originated in San Antonio, Tex., and appeared to be part of a larger campaign to divert migrants from border states.

“Just like the reverse freedom rides in the 1960s, this endeavor is a cruel ruse that is manipulating families who are seeking a better life,” Senator Cyr said. “No one should be capitalizing on the difficult circumstances that these families are in and contorting that for the purposes of a “gotcha” moment.”

The Washington Post published that this was just the latest in a series of moves from Republican governors to send migrants from the southern U.S. border to locations commonly associated with Democratic Party leadership:

The office of Massachusetts Gov. Charlie Baker (R) said he was in contact with local authorities who were providing short-term shelter to the migrants flown to Martha’s Vineyard.

The island, where former presidents including Barack Obama vacation and Hollywood celebrities own property, has a population estimated at about 20,000.

The coastal getaway becomes the latest flash point in the national debate over immigration. Thousands of people, including families with children, have arrived in Washington after Texas Gov. Greg Abbott (R) began offering free passage and bussing them to the U.S. capital, with Arizona Gov. Doug Ducey (R) following suit. Buses have also gone to New York and Chicago.

The Post also reported that former U.S. President Barack Obama and the former first lady, Michelle, both own a vacation home on the island (including, purportedly, an extremely large propane tank).

On the day after the migrants' arrival on Martha's Vineyard, two busloads of border-crossers arrived in a residential area near the Washington, D.C. home of U.S. Vice President Kamala Harris. Texas Gov. Greg Abbott later tweeted that he sent them "to her backyard to call on the Biden administration to do its job and secure the border."

Snopes will continue to report on the issue of immigration, in particular the relocation of migrants, during the lead up to this year's midterms. Election Day is set for Nov. 8.

Patkin, Abby. “What We Know so Far about the Migrants Sent to Martha’s Vineyard by Ron DeSantis.” Boston.com, 15 Sept. 2022, https://www.boston.com/news/local-news/2022/09/15/venezuela-migrants-marthas-vineyard-ron-desantis/.