Nearly half of Canadians were of British ancestry when she assumed the throne in 1952, but that decreased to one-third in 2016 and continues to decline. 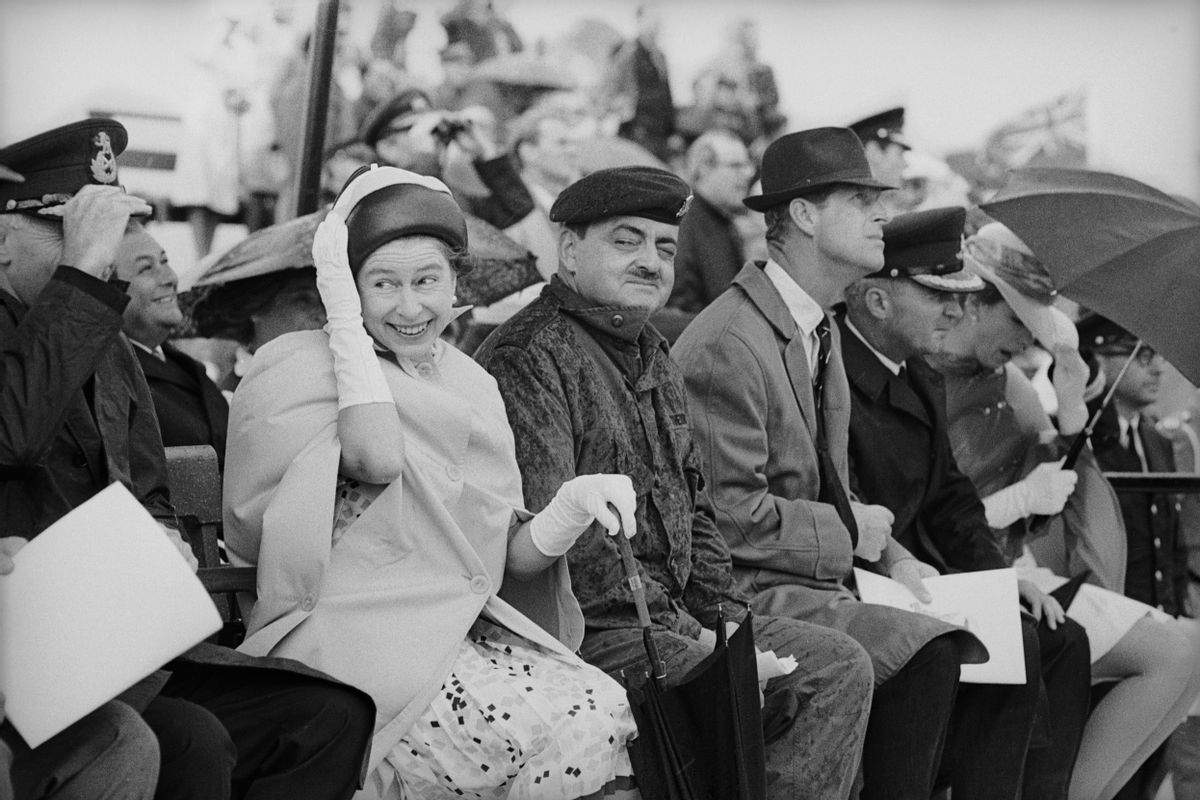 Queen Elizabeth II and others feel the downdraft from a helicopter at Winnipeg during a royal tour of Canada, July 1970. (Photo by David Cairns/Express/Getty Images)

This article by Thomas Klassen is republished here with permission from The Conversation. This content is shared here because the topic may interest Snopes readers; it does not, however, represent the work of Snopes fact-checkers or editors.

The death of Queen Elizabeth, the longest reigning monarch in British history, marks the end of an era for Canada.

Elizabeth witnessed the opening of the St. Lawrence Seaway in 1959, the expansion of Canada’s social programs in the 1960s, the Québec referendums in 1980 and in 1995, free-trade agreements with the United States and father-and-son prime ministers. In 1982, she signed the proclamation that repatriated the Constitution, ending the role of the British Parliament in Canada’s affairs. 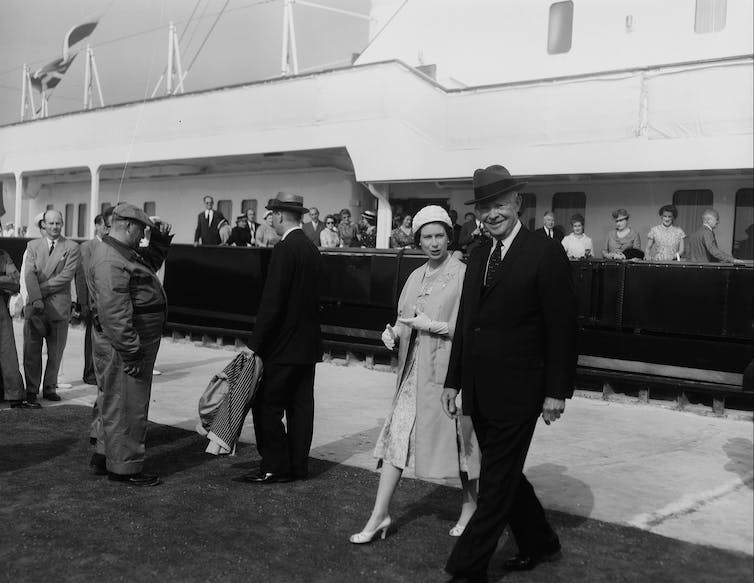 Queen Elizabeth and U.S. President Dwight D. Eisenhower at the opening of the St. Lawrence Seaway in June 1959. (National Archives of Canada)

During her long reign, Canada became dramatically less anglophone and anglophile. Nearly half of Canadians were of British ancestry when she assumed the throne in 1952, but that decreased to one-third in 2016 and continues to decline.

In the 1950s, high-school students across English Canada waved the Union Jack, sang the royal anthem (God Save the Queen), said the Lord’s Prayer and cheered cadet corps dressed in British khaki. Elizabeth saw the replacement of the Union Flag by the Maple Leaf in 1965, and the royal anthem by O Canada in 1980.

Over seven decades, Elizabeth successfully transitioned from embodying the key traditions and beliefs of many, to a warmly regarded, but not particularly significant, figure in the lives of Canadians. She remained personally popular in Canada, although she spent relatively little time (about 200 days) in the country over visits that averaged one every three years.

Her dedication to the job as monarch was viewed favourably, as was the absence of scandal in her personal life. She harnessed goodwill from Canadians mostly as an individual, rather than as the hereditary head of an institution while acting as a living link to Canada’s days as a colony in the British Empire.

A poll on her performance, conducted in 2020, found eight in 10 Canadians believed that the Queen has done a good job in her role as monarch.

But the poll also found that half of Canadians agree that the country should terminate formal ties to the monarchy after the end of Elizabeth’s reign.

And a more recent poll in 2021 found that only one in five Canadians want to see Prince Charles become king, while only one in three would like Prince William to ascend to the throne.

Elizabeth’s successors — Charles, whose time as king given his age (73) will be relatively short, and William, who will follow — assume the job at a different time in Canada’s history. 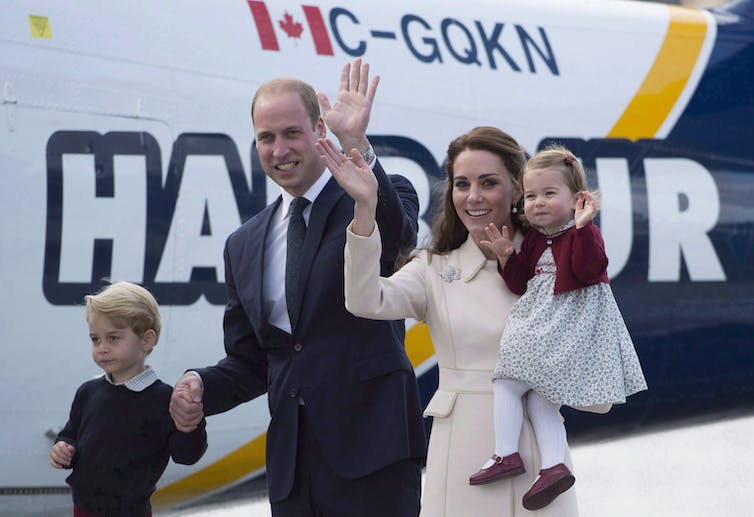 The Duke and Duchess of Cambridge and their children Prince George and Princess Charlotte get on a float plane as they prepare to leave Victoria, B.C., during a royal tour in 2016. THE CANADIAN PRESS/Jonathan Hayward

Charles takes on the job as head of state for a Canada almost unrecognizable from what the country was in 1952 in terms of the role of religion in the lives of its citizens, the diversity of its inhabitants and its geo-political relations.

Prime Minister Justin Trudeau has been carefully non-committal on the future of the monarchy. In March 2021, he said:

“If people want to later talk about constitutional change and shifting our system of government, that’s fine. They can have those conversations.”

With a minority government, he may be hesitant to spend political capital on constitutional reform.

On the other hand, prime ministers are opportunists. The transition to a new monarch — an event that has not occurred in the lifetime of the vast majority of Canadians – is an occasion to gauge the mood of the populace and review existing arrangements.

The constitutional file has a special appeal for politicians looking to create or cement a legacy. Pierre Trudeau’s defining triumph was repatriating the Constitution, a few years after his iconic pirouette behind the Queen’s back in 1977 during a G7 summit. 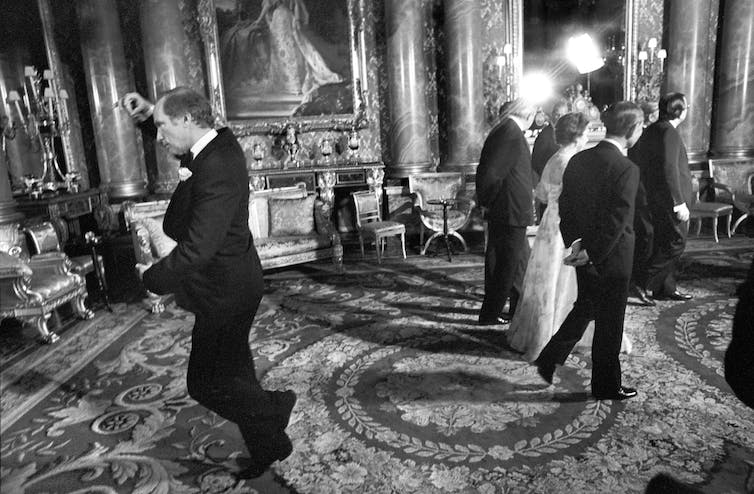 Pierre Trudeau pirouettes behind Queen Elizabeth II during a May 1977 photo session at Buckingham Palace in London. THE CANADIAN PRESS/Doug Ball

Elizabeth’s great accomplishment, aided by genes that allowed an extraordinarily long and healthy life, was to keep at bay discussions of the future of the monarchy in Australia, New Zealand and the other former British colonies of which she was the head of state. Her death will permit debate and deliberation to start.

As Canadians mourn the passing of the Queen, they should also reflect on the continued relevance and meaning of the monarchy in a nation reconciling with its colonial past and seeking its place on a complex global stage.

Thomas Klassen, Professor, School of Public Policy and Administration, York University, Canada. This article is republished from The Conversation, an independent, nonprofit news organization dedicated to sharing the knowledge of experts, under a Creative Commons license. Read the original article.