Here's what we know about butylated hydroxytoluene (BHT) and its inclusion in some breakfast cereals made by General Mills and Kellogg's. 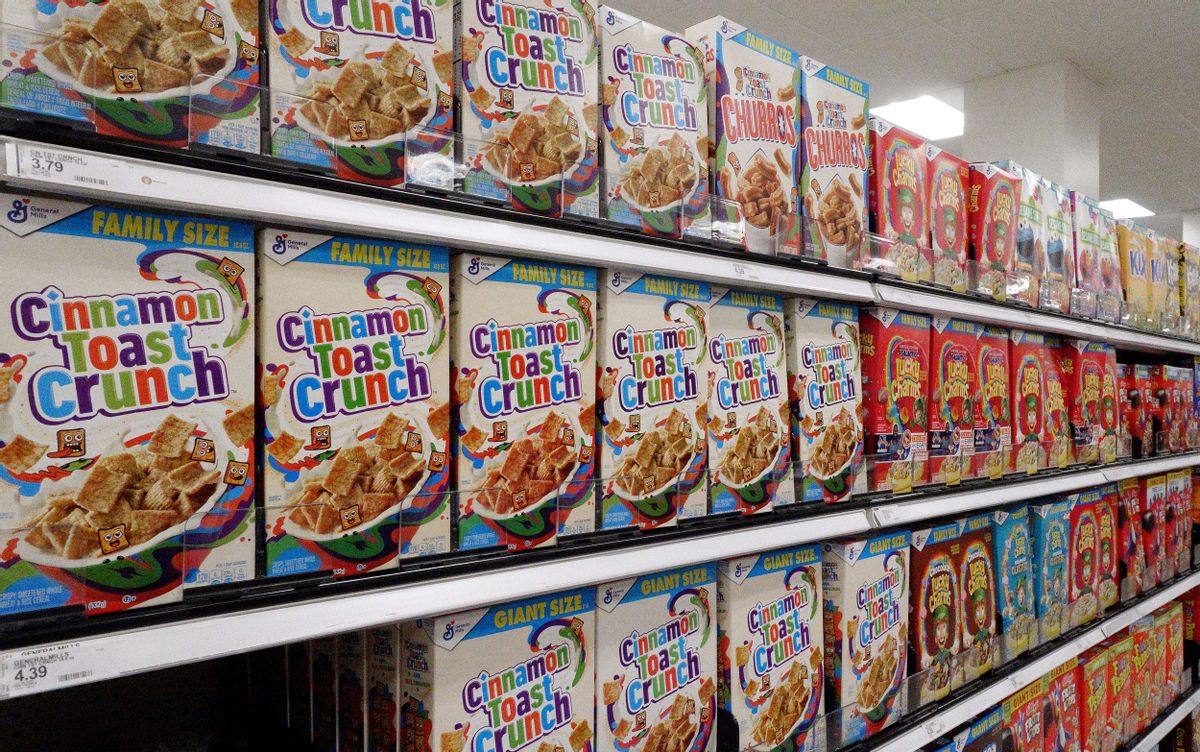 In late August 2022, a TikTok user posted a video with the ominous caption, "This cereal is DISTURBING." The brief clip showed the chemical butylated hydroxytoluene (BHT) on a nutrition label for Cinnamon Toast Crunch with the wording, "BHT Added to Preserve Freshness." The video also included hashtags for "cancer" and "tumors," suggesting that BHT caused both, and showed a screenshot about BHT being banned in other countries.

It's true that the nutrition label for Cinnamon Toast Crunch and many other breakfast cereals mention BHT. The food additive functions both as a preservative and an antioxidant. As for whether BHT is dangerous to consume, let's take a look at the facts.

First, the use of BHT in breakfast cereals has been approved by the U.S. Food and Drug Administration (FDA). That approval comes with limitations on quantities that can be included.

BHT isn't exclusively used in cereals. It's also approved for use in processed potato products and other food items. Cinnamon Toast Crunch owner General Mills mentioned BHT's FDA approval in a statement on its website, along with information about Vitamin E's usage in some of the company's cereals:

It depends on the cereal but generally, [General Mills] cereals use Vitamin E to maintain freshness.

Vitamin E, also known as a tocopherol, is a fat-soluble vitamin and antioxidant that helps extend the freshness and shelf life of our cereals. They also help ensure that every bowl you pour is fresh and delicious.

Some [General Mills] cereals also use BHT (Butylated Hydroxytoluene) as an anti-oxidant to prevent food from going bad. It is approved by the US FDA (United States Food & Drug Administration) for use as a preservative in foods. BHT is also a safe way to help our cereals stay fresh longer.

Studies on BHA and BHT

Scientific American has been publishing respected reporting since 1845. In 2013, the publication's website reported data about BHT and another food additive known as butylate hydroxyanisole (BHA). Unlike BHT, BHA is not listed as an ingredient in Cinnamon Toast Crunch.

According to the article, "some laboratory studies have shown BHA to be carcinogenic in rats and other animals, and the National Institutes of Health's National Toxicology Program concluded that BHA can be 'reasonably anticipated to be a human carcinogen.'"

As for BHT, the food additive that's listed on the nutrition label for Cinnamon Toast Crunch, that chemical appeared to pose less danger to human health than BHA, according to the Scientific American article. "There is no conclusive evidence that [BHT] is carcinogenic," the report stated.

The article also cited information that said BHA and BHT are antioxidants, something that might prove to be a "health benefit." The full article contains a wealth of additional data from other studies about the two food additives.

Fruit Loops and Frosted Flakes are both owned by Kellogg's. Those two cereals appeared in a screenshot at the end of the above-mentioned TikTok video with the claim that they, too, contained BHT.

As of September 2022, it was true that BHT was listed as an ingredient in Fruit Loops. However, we found no evidence of the chemical in Frosted Flakes. Past reporting by various media outlets indicated that it was included in the cereal at one point in time. We reached out to Kellogg's to ask about the matter and will update this story if we receive a response.

Just like General Mills and its online statement about BHT, Kellogg's also once published a page about its use of the preservative. The page said that Kellogg's "only uses the smallest amounts of BHT necessary, primarily in the cereal package liner, to help preserve the flavor and freshness."

Banned in Other Countries

The end of the TikTok video about popular breakfast cereals, such as Cinnamon Toast Crunch, claimed BHA and BHT have been banned in several countries outside of the U.S. "Both BHA and BHT are banned from foods in Australia, Canada, New Zealand, Japan, and throughout Europe," according to Livestrong.com.

According to The New York Times, it was true that both "BHA and BHT are subject to severe restrictions in Europe but are widely used in American food products." The reporting continued, "While evidence on BHT is mixed, BHA is listed in a United States government report on carcinogens as 'reasonably anticipated' to be a human carcinogen." (Again, Cinnamon Toast Crunch contains BHT, not BHA.)

If any readers would like to continue their research into BHA and BHT, we recommend beginning with the sources listed below. Additionally, we have investigated other online warnings about BHA, BHT, and other ingredients in Milk-Bone dog treats, Cheez-It cheese crackers, Reese's Peanut Butter Cups, and Bath & Body Works products.

“Do You Have Plans To Replace BHT?” Kellogg’s, https://www.kelloggs.com/en_US/nutrition/do-you-have-plans-to-replace-bht.html.

“What Kind of Preservatives Do You Use in Your Big G Cereals?” General Mills, https://ask.generalmills.com/s/article/What-kind-of-preservatives-do-you-use-in-your-Big-G-cereals.