Did a High School Football Team Lead the National Anthem After Being Told It Wouldn't Be Played?

According to a popular article that was shared in 2022, events that occurred in 2019 were inspired by news from 2020. Confused yet? 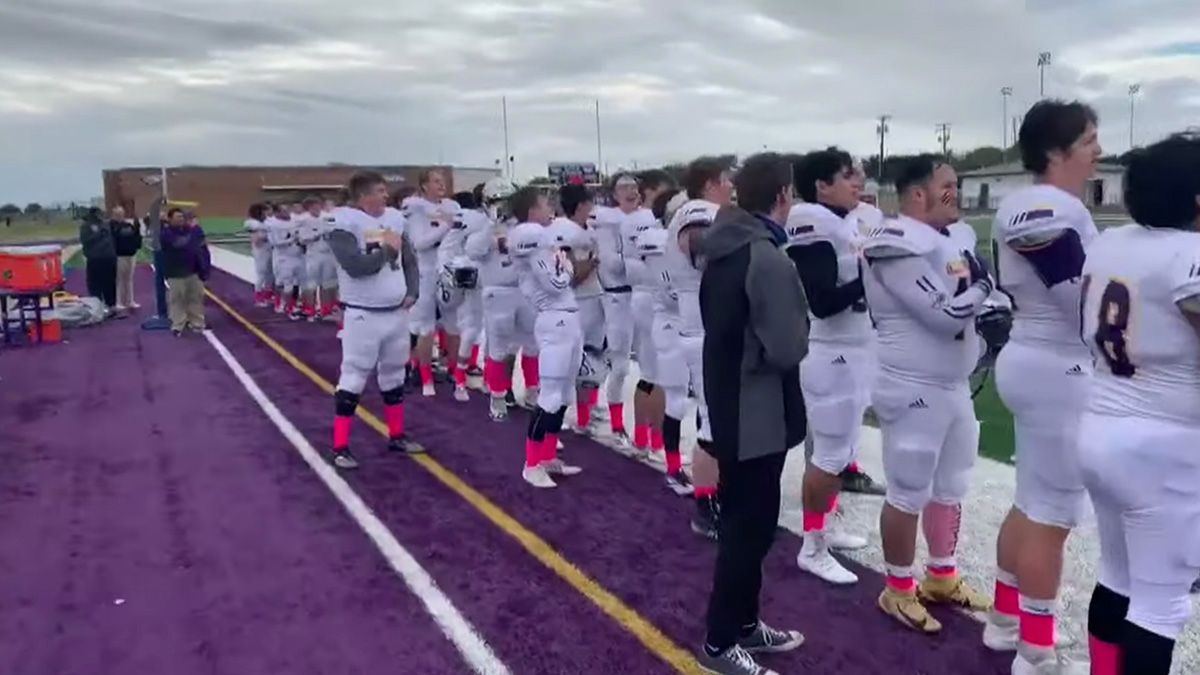 In late August 2022, the Albanian-language website News94Times.com published a story with the headline, "High School Football Team Told National Anthem Won’t Be Played, So They Sing It Loud." We soon found that the article included a mixture of truth and a misleading timeline.

An early part of the article about the high school football team leading the singing of the national anthem referred to events that occurred in 2020 as happening "this year," even though the article was published in 2022:

Tensions are running high and demonstrations seem to be occurring every single day, driven in the main by the racial strains that have risen to the surface this year following the wrongful deaths of George Floyd, Breonna Taylor and Ahmaud Arbery, amongst others.

The deaths of George Floyd, Breonna Taylor, and Ahmaud Arbery all occurred in 2020.

The article also included news from 2020 about when the Houston Texans NFL football team remained in the locker room during the singing of the U.S. national anthem, perhaps giving the appearance that this recently happened.

The story then transitioned into the part about the high school football team leading the singing of the national anthem:

Personally, I think people should have the right to choose. After all, for some people respecting the flag and anthem is of paramount importance.

One high school football team in Granbury, Texas certainly thinks it is. When their high school band couldn’t play before a game, the Granbury Pirates weren’t happy at all.

In fact, they were so affected that they decided to sing the National Anthem together, a capella. The team rose to their feet, placed their hands over their hearts and belted out the anthem with passion and pride.

It's true that the Granbury High School football team led the singing of the national anthem after being informed the bands couldn't make it. However, this happened in 2019.

In October 2019, NBCDFW.com reported that the game had been rescheduled due to rain on the previous day, providing the reason why the bands couldn't attend. This led to the team's singing of the song.

The video of the football team singing was available on YouTube:

The article from News94Times.com, which was apparently republished from other similar websites, misleadingly made it appear as if events from 2020 had something to do with inspiring the high school football team's leading of the song in the previous year.

A quick glance at other articles on News94Times.com led us to believe that the blog was designed mainly to bring in advertising revenue based on "sharebait." The stories included feel-good themes about American families on the subjects of adoption, lemonade stands, police officers, and other topics. All of the news was old, but was reported as if the stories had all just occurred on one day: Aug. 25, 2022.

The presence of the national anthem and the American flag at football games had been a topic of fierce debate in the political world in the years preceding 2022. The origins of that discussion stemmed from former NFL quarterback Colin Kaepernick's decision to kneel on the sideline in 2016 to protest police brutality of people of color. The fact that News94Times.com and other similar websites republished the article about the high school football team perhaps meant that they believed it stood a good chance of receiving quite a bit of engagement from users who share content based on emotions.

Additionally, we found evidence that Facebook pages based in Germany and Kosovo had promoted the same article about the high school football team and the national anthem in the past on other websites, perhaps with the goal of earning some advertising revenue based on patriotic, feel-good shares (again, "sharebait").

Barker, Aaron. “Here’s Why the Texans Say They Decided to Stay in the Locker Room for the National Anthem.” KPRC, 11 Sept. 2020, https://www.click2houston.com/sports/local/2020/09/11/texans-remain-in-locker-room-for-national-anthem/.