And that music has always sought to hold a mirror to society to reflect its realities, values, ambitions, fantasies and taboos. 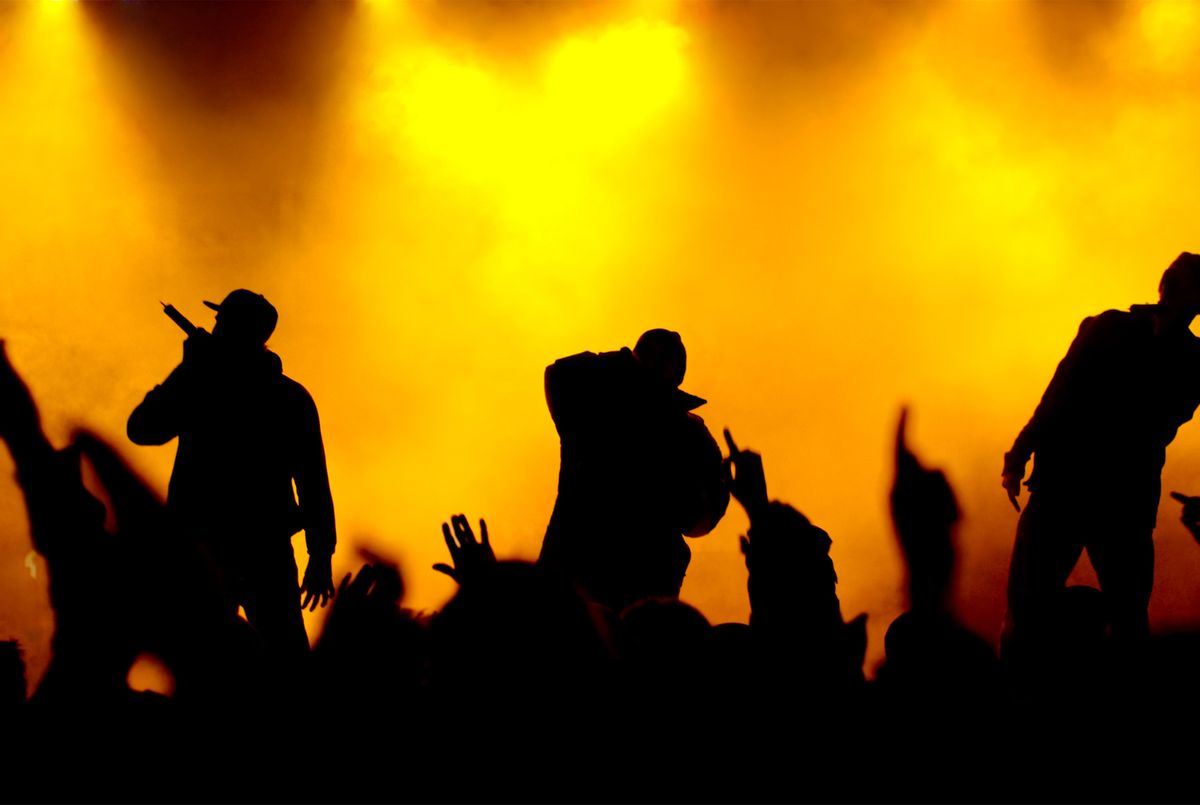 This article by A.D. Carson is republished here with permission from The Conversation. This content is shared here because the topic may interest Snopes readers; it does not, however, represent the work of Snopes fact-checkers or editors.

Hip-hop culture is often recognized as being born on Aug. 11, 1973. That was about seven months after Roe v. Wade, the landmark decision that protected the right to choose to have an abortion.

Accordingly, reproductive rights have long been part of the discourse in rap music, which has always sought to hold a mirror to society to reflect its realities, values, ambitions, fantasies and taboos. With the U.S. Supreme Court having ruled that there is no constitutional right to an abortion, rap lyrics will undoubtedly reflect this new reality.

What follows is a sampling of rap songs from the past several decades that have dealt with the subject of abortion and reproductive rights in the era of Roe v. Wade. The list is by no means exhaustive.

Collectively, the songs represent a diversity of viewpoints and are written from a variety of perspectives – from guilt-ridden, would-be mothers and apprehensive fathers to the imagined vantage point of the unborn themselves.

This song actually presages a time when Roe v. Wade would no longer be the law of the land and even mentions Justice Clarence Thomas, who wrote in favor of the decision that overturned the case. It features a narrator who recounts a story of a friend who attempts to get an abortion but is harassed at the clinic.

If Roe v. Wade was overturned, would not the desire remain intact / Leaving young girls to risk their healths / And doctors to botch, and watch as they kill themselves / I don’t want to sound macabre / But hey, isn’t it my job / To lay it on the masses and get them off their asses / To fight against these fascists

This song takes listeners into the mind of a young woman who experiences guilt and remorse after having had an abortion. The song even unmasks the grim realities of undergoing the procedure.

They put you in a room, where you can change into / Your gown and shower cap, shaking as a fiend would do / And that’s when you think of leaving, fleeing the building / and then they call you and you hear the call of your children

https://www.youtube.com/embed/jFz6ECvaiqQ?wmode=transparent&start=0 ‘My Story (Please Forgive Me)’

CyHi raps from the perspective of an unborn baby who asks his mom – based on the things she does while pregnant – whether she’s prepared to be a mother.

You don’t know it kills me when you taking them pills / But see how it scars me and all the pain that I feel / I’m just here starving, you haven’t gave me a meal / Ma, you think you ready to have this baby for real? / ‘Cause I’m on the way

Tupac has dealt with the plight of single mothers since his 1991 debut album, which featured “Brenda’s Got a Baby,” the story of a 12-year-old girl who is molested by a relative who gets her pregnant and then abandons her. In “Keep Ya Head Up,” from his sophomore album, Tupac defends a woman’s right to choose the circumstances under which she wants to give birth.

And since a man can’t make one / He has no right to tell a woman when and where to create one / So will the real men get up / I know you’re fed up ladies, but keep your head up

https://www.youtube.com/embed/XW--IGAfeas?wmode=transparent&start=0 “Keep Ya Head Up”

Aiko, mother to a daughter named Namiko, told VIBE magazine how her song “You Vs. Them” was about her conclusion that it was a false choice to have to choose between having a child and her career. “I was like ‘should I be a mom or should I be a singer?’ But found that I could be both.”

‘Cause if I never had you / Then I could never lose you / Do you know what might happen / If I decide to choose you? / Then the world may just stop spinnin’ / It may just well be the endin’ / Talkin’ all about existence / Who knows? / But I cannot see tomorrow / If you’re not in my tomorrow

This song speaks to the misgivings and strife that couples can experience when their union results in an unplanned pregnancy.

I wouldn’t choose any other to mother my understanding / But I want our Parenthood to come from Planning / It’s so much in my life that’s undone / We gotta see eye to eye, about family, before we can become one

In this song, Lauryn Hill sings in a soul-stirring voice about how she resisted suggestions to terminate the pregnancy that brought her son Zion.

Woe this crazy circumstance / I knew his life deserved a chance / But everybody told me to be smart / “Look at your career,” they said / “Lauryn, baby, use your head” / But instead I chose to use my heart / Now the joy of my world is in Zion

In this song, Doug E. Fresh – a beat boxer who regarded himself as “the world’s greatest entertainer” – depicts abortion as “mind distortion” and casts women who seek an abortion in a negative light.

Girl, you must be crazy to kill a newborn baby / Sitting on your ass all day so lazy.

In this song, Remy Ma tells the story of a young and poor mother who wrestles with whether to abort the life growing inside of her.

It’s a life living in my body / But it don’t gotta to live / It’s up to me, but if I keep what the f— I got to give / I mean, I’m still young and I don’t really have s— / And if this n— decide to leave then my child a be a bastard / It’s drastic / Nobody really understands me / My mom don’t give a f— and neither does the rest of the family / They like “Remy, you can’t afford it you expect us to support it” / I feel my seeds apart of me and I don’t want to abort it, so

In this song, Milwaukee rap artists Gat Turner and Viva Fidel give listeners a glimpse at the struggle of a mother who doesn’t want to be pregnant from the vantage point of her unborn child. 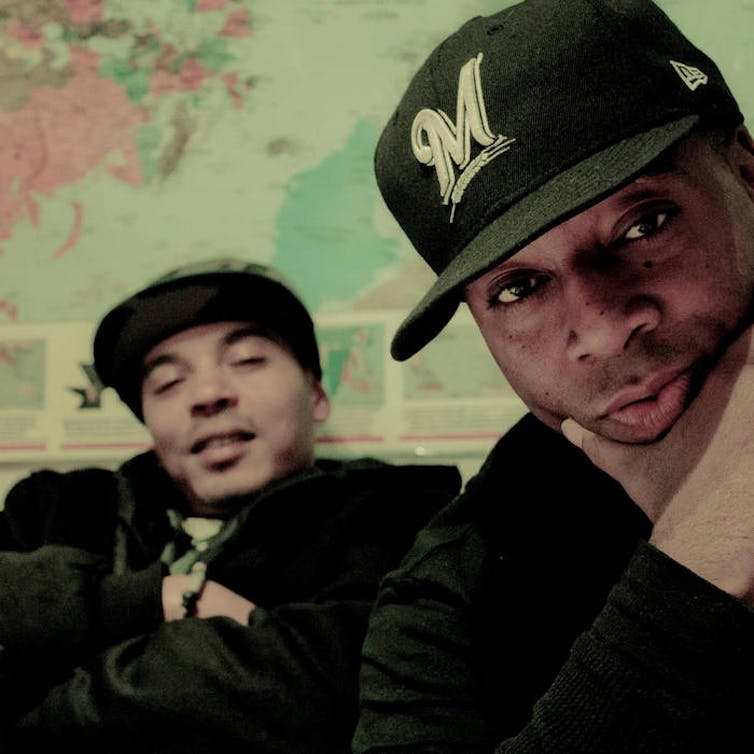 In the sole rap verse on this track, rapper Angel Haze speaks as a mother deciding to keep a child despite the child’s being conceived in a rocky relationship.

This ain’t what I expected / It ain’t happenin’ like I thought it / And if they say, ‘Love is free’ / Then tell me why the f— it’s costin’ / And yes, it happens often / And I should cope with my losses / And you say you’re not ready / I don’t believe in abortions

J. Cole raps from the perspective of parents having a discussion about something that could become increasingly rare in the post-Roe v. Wade era: their options.

I’ve been giving it some thought lately and, frankly / I’m feelin’ like we ain’t ready and it’s – hold up now, let me finish / Think about it baby me and you we still kids, ourself / How we gon raise a kid by ourself? / Handle biz by ourself

In this song, Minaj speaks from the standpoint of a remorseful mother who hopes to be reunited in the afterlife with the child she aborted.

Please baby, forgive me, mommy was young / Mommy was too busy tryna have fun / Now, I don’t pat myself on the back for sending you back / ‘Cause God knows I was better than that / To conceive you, then leave you, the concept alone seems evil / I’m trapped in my conscience / I adhered to the nonsense, listened to people who told me / I wasn’t ready for you / But how the – would they know what I was ready to do?