We have reached out to the Twitter user who posted the photograph in hopes of verifying the incident. 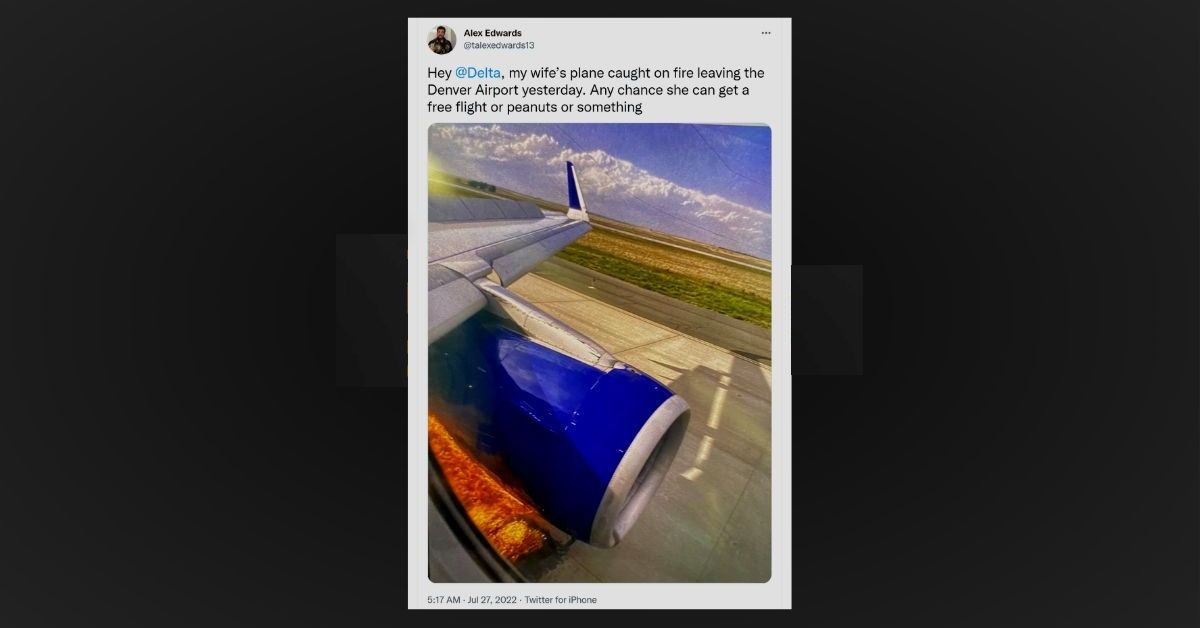 In August 2022, various social media users and aviation-oriented websites shared a dramatic photograph of a jet engine on fire, along with text stating the picture documented an aborted takeoff at Denver International Airport in July 2022.

Unfortunately, we don't as yet have enough information to authenticate this photograph.

In an email to Snopes, a spokesperson for the FAA said a rejected takeoff occurred on July 27, 2022, at 9 p.m. local time at Denver International Airport. The crew of Delta flight 1057, operating an Airbus A321, bailed on the takeoff due to a bird strike. There were no injuries.

It's unclear if the photograph above was from the same incident, however. We note that the Twitter user stated the rejected takeoff took place "yesterday" which, per the date on the post, would mean July 26, a day before the FAA said the bird-strike incident occurred. It also looks like the photograph was taken during daylight hours. We reached out to the Twitter user for more information, and will update if and when we receive a response.

We also reached out to Delta Air Lines in an effort to independently verify whether the photograph in the Twitter post is connected to the July 27 incident, but haven't yet received a response. We will update this story when and if we do.

Bird strikes, and planes colliding with other wildlife, are a known air travel hazard, with the FAA tallying about 227,005 such collisions between 1990 and 2019.

This is not the first time a photograph allegedly depicting an airline mishap went viral, in early August 2022, Snopes readers asked whether an image showing a jet engine clipping a bridge was real. In that case, we determined it was a digital creation, not a real photograph.