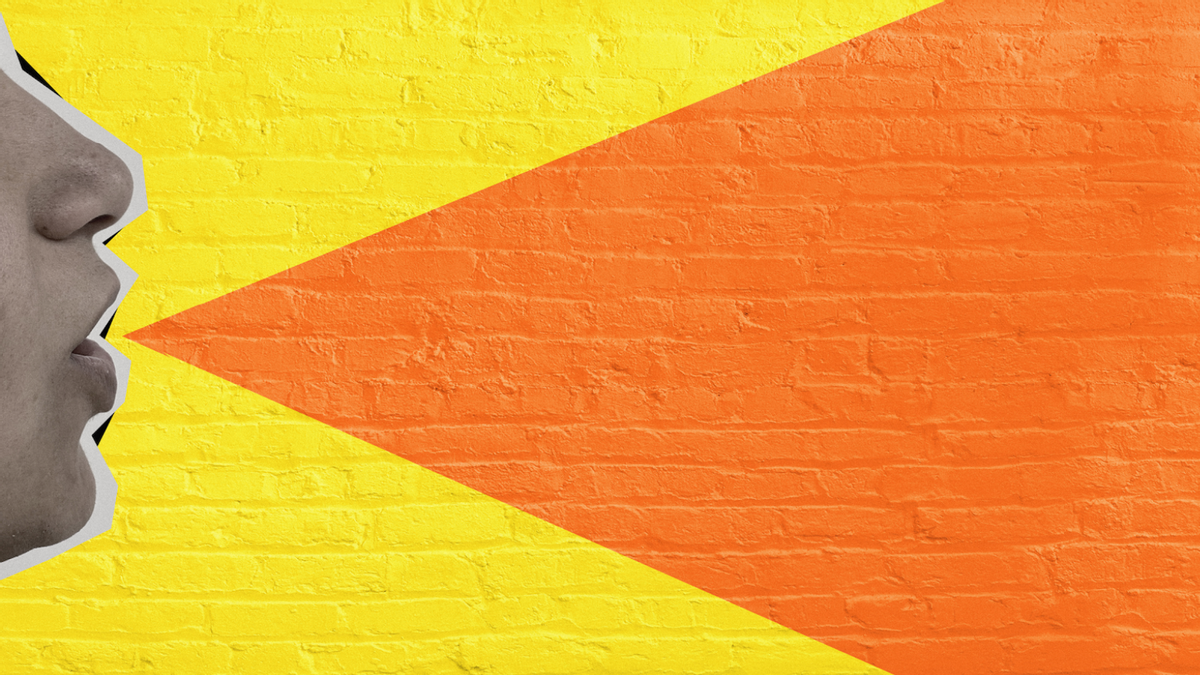 The Supreme Court’s decision to overturn Roe v. Wade has split the country into joyous supporters and furious dissenters. (Image Via Getty Images)

The Supreme Court’s decision to overturn Roe v. Wade has split the country into joyous supporters and furious dissenters. Emotions are running high, and some protests have turned violent. Yet research shows that people on either side of the abortion rights issue can bridge their divide if they speak directly and respectfully with one another.

In July 2022, former leaders of prominent abortion-rights and anti-abortion advocacy organizations in Massachusetts gathered to discuss a new documentary film series about conversations they had regularly from 1995 to 2001. The warm friendships that they developed across their deep differences on abortion persist today, decades after their first meeting.

Nicki Gamble, the former president and CEO of Planned Parenthood League of Massachusetts, said during the panel that the opportunity to engage with anti-abortion activists “changed my life.”

“The facilitators made us really listen,” said Madeline McComish, former president of Massachusetts Citizens for Life. “Most of the time the pro-choice women had said something different than what we thought.”

My research on talks between abortion-rights and anti-abortion advocates found that respectful conversation produces numerous positive outcomes. It helps people listen more deeply and forge personal connections, which can reduce negative stereotypes and foster respect and empathy. In Boston, this translated to a lessening of inflammatory public language.

It can also lead people on opposite sides of an issue to evolve their views and develop more nuanced, complex perspectives. 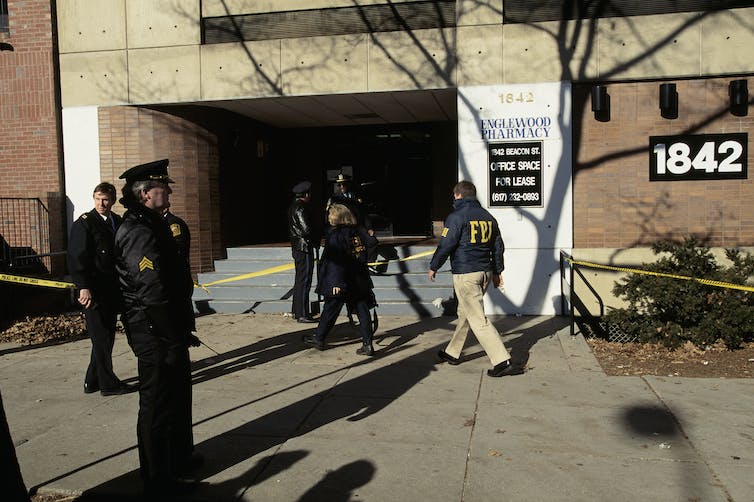 Police block off a Massachusetts abortion clinic where two people were killed in 1994.
Brooks Kraft/Contributor

The Abortion Dialogues, as they are known, were launched in Boston in response to lethal shootings in 1994 by an anti-abortion rights gunman at two local abortion clinics.

At that time, the country was deeply polarized about abortion, rocked by violent protests and murders of prominent doctors who provided abortions.

Six women activists for and against abortion rights started confidential talks in Boston in 1995, hoping to de-escalate the violence.

They soon discovered that their moral worldviews presented two irreconcilable philosophies about how to live in the world.

The three participants on the “pro-life,” side, as they chose to call themselves, are all observant Catholics from Boston. They made life choices based on a worldview that there is one truth, guided by their faith, about moral rights and wrongs.

In contrast, the women on the “pro-choice” side, as they referred to themselves, said that they recognized a diversity of personal beliefs and weighed many circumstances in making life choices.

“The pro-choice side does not believe there are moral absolutes,” explained one “pro-life” leader who participated in the talks in a confidential research interview in 2008. “The pro-life participants would force others to conduct their lives according to the ‘one’ truth that they believe,” countered a “pro-choice” activist who also engaged in the talks.

Despite this irreconcilable difference, the participants valued their conversations. They enjoyed talking with people with whom they had formerly sparred via news interviews.

Gradually, each side’s negative stereotypes were replaced by greater understanding and respect for their opponents. They also discovered that they enjoyed each other’s company. They grew to be friends, celebrated birthdays together and shared the ups and downs of their lives.

Rehumanizing the fight led to their hoped-for public outcome – the participants toned down their name calling, spoke up loudly for nonviolent means of change and instructed their organizations to treat the people on the other side with respect. 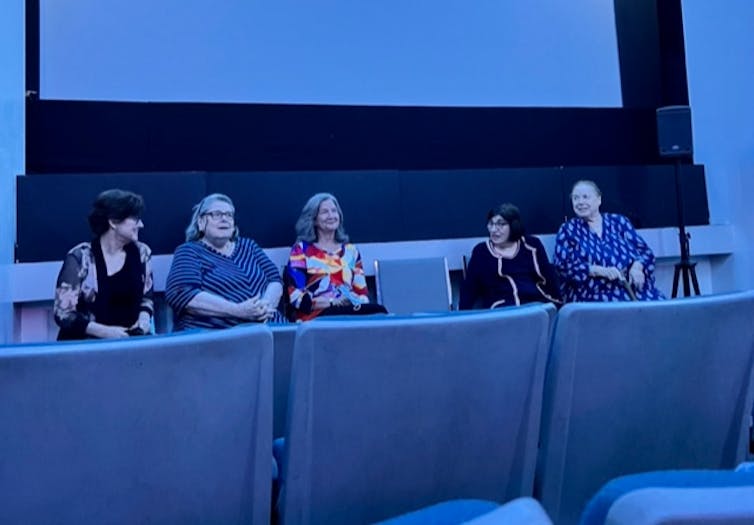 Boston women who are former leaders of abortion-rights and anti-abortion organizations spoke together in July 2022.
Kate W. Isaacs

The Boston leaders didn’t try to agree on policy, but in June 2022, a different, small group of 22 residents in Jessamine Country, Kentucky, interested in abortion rights succeeded in doing just that.

They used a guide for how to structure conversations produced by the nonprofit Braver Angels, an organization I volunteer with, that sets out how to find common ground among those with opposing viewpoints. Their aim: create agreements about abortion between conservatives and liberals.

One key to the group’s success was a selection of background readings by abortion-rights and anti-abortion authors that established a shared set of facts about abortion. For instance, there is a strong link between abortion and poverty, in that 3 out of 4 women seeking abortions are poor or low-income.

The Kentucky abortion conversation also focused on a goal everyone could support – reducing unwanted pregnancies and, consequently, abortions. The result was unanimous agreement on two concrete policy recommendations: better, age-appropriate sex education in Kentucky schools, and long-acting reversible contraception that is free of charge for Kentucky residents, modeled after the Colorado contraception program, which reduced abortion rates by 60% and birth rates by 59% among teenagers aged 15-19 from 2009 to 2014.

The participants are now working to communicate their recommendations to state legislators, local pastors, the local health department and the news media. 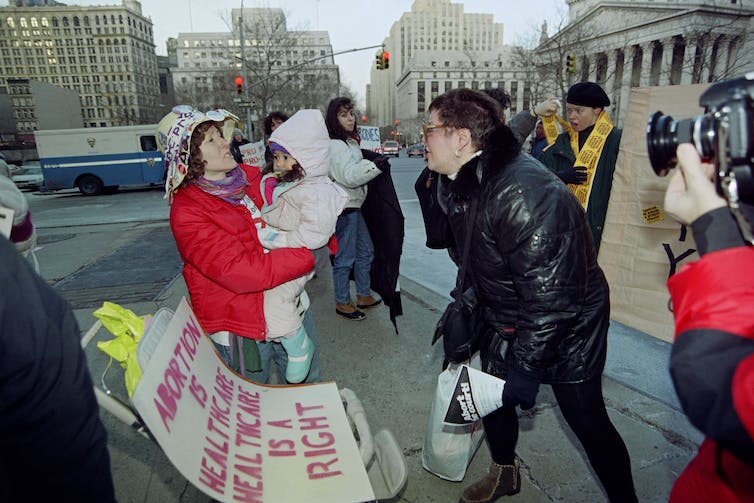 An abortion rights activist argues with an anti-abortion advocate at a 1992 rally in Washington.
Hai Do/AFP via Getty Images

The empathetic dialogue strategies used in Massachusetts and Kentucky may work in the longer term to reduce polarization in other places, too, and build greater consensus on future policy.

Ireland, for example, voted in 2018 to roll back the country’s restrictive abortion law, replacing it with a new constitutional amendment that permits abortion during the first 12 weeks of pregnancy, and later if a woman’s life or health is at risk or the fetus has an abnormality.

Just as the Kentucky group did with their shared readings before they met, Ireland undertook joint fact-finding before the amendment vote, via a 100-person constitutional convention. When it came time to vote, empathetic story sharing played a key role. Nearly 40% of those who voted to remove the abortion prohibition said their vote had been influenced by hearing from a woman about her experience.

These same lessons could apply to abortion in the U.S.

John Wood Jr., chairman of the Republican Party of Los Angeles County, called for the same respectful type of conversation in a story he told in July 2022 about his long-ago teenage girlfriend’s abortion.

“I cannot hate my fellow Americans who have dedicated their lives to either side of this issue,” he wrote. “There is deep humanity on each side of this divide.”

The groups in Massachusetts and Kentucky show that dialogue works. They built personal connections that crossed their respective ideologies, showed respect for different opinions and pushed for change that they could all support.