Was This Giant Jellyfish Found Off Ireland's Coast?

It's called a "lion's mane" for a reason. 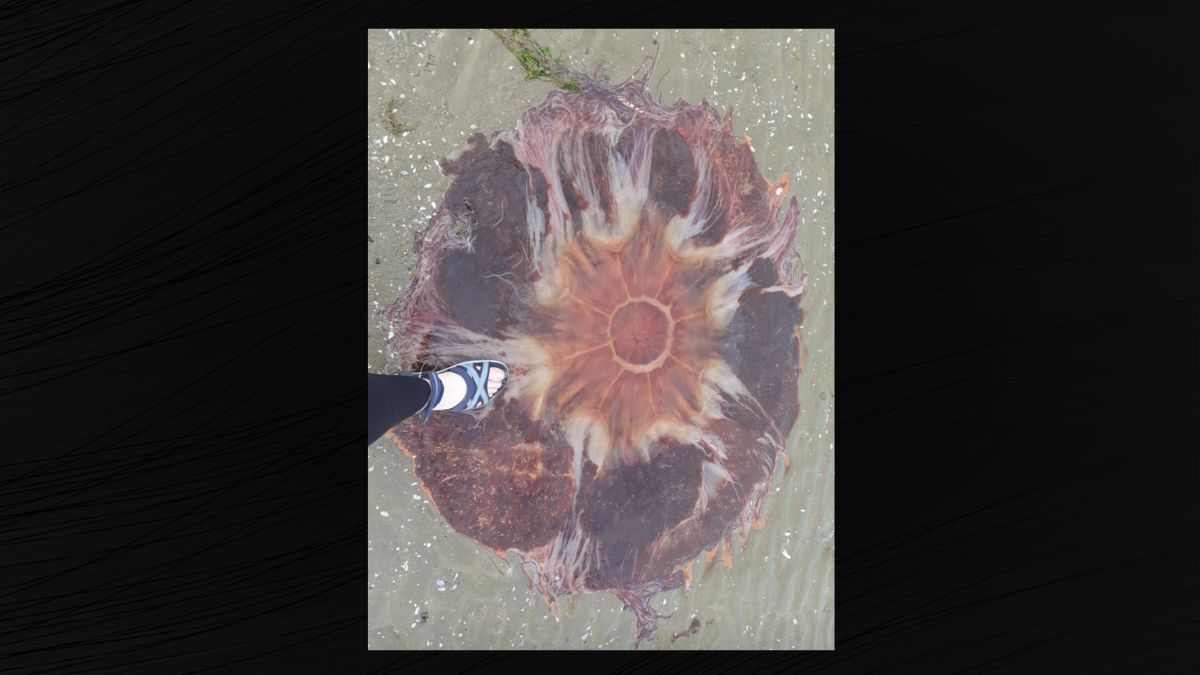 "Why I do not swim locally after July. Lion's Mane jellyfish, East Coast of Ireland," the post's caption read.

It's unclear from that post whether the person who posted it on Reddit took the picture themselves. We were unable to find the image in reverse image searches on Google and Tineye. That said, we have no reason to believe the image is not real, or that it is misleading in any way.

That's because the animal in question really is called a lion's mane jellyfish — likely because it resembles a lion's mane. But it's also massive, as the largest jelly species, with the largest one known reaching 120 feet across. They are typically found in the colder oceans of the world, specifically in the Northern Hemisphere.

According to the Smithsonian:

These tentacles contain large amounts of neurotoxins that can cause a range of effects when humans come in contact, from a rash to affecting respiratory function. Humans don't often come in contact with them because they tend to be found in the open ocean and not near coasts.

They have been washing up on shores in Ireland, however. In late July 2022, the Fingal County Council on Ireland's east coast, warned beachgoers that even when dead, the jelly's stingers can still cause injury. Even tentacles that are broken off can sting.

A sting "can cause nausea, sweating, cramps, headaches and other symptoms and severe stings should seek urgent medical attention," the Fingal County Council's alert said.