Internet trolls have been "Bidening" at "Brandon Falls" in Delaware. 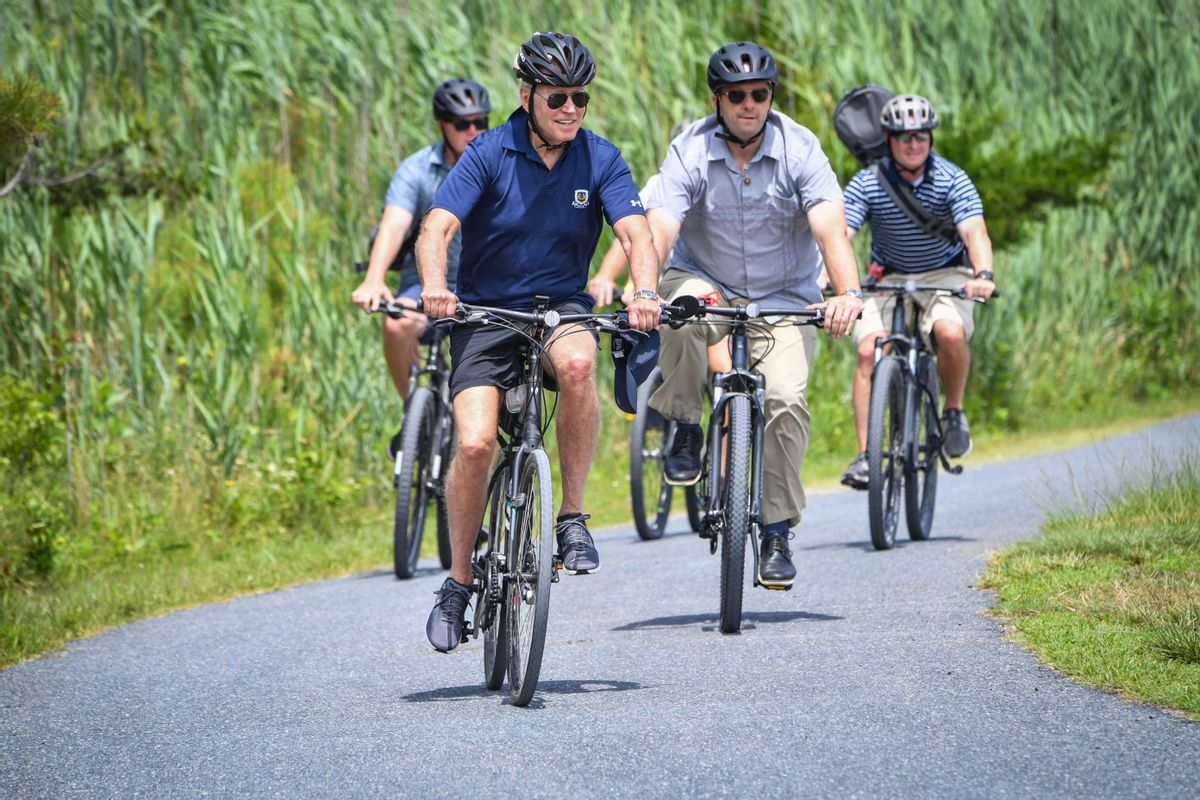 In July 2022, social media users started to circulate a screenshot from Google Maps that supposedly showed the location where U.S. President Joe Biden had fallen off his bike the previous month was named "Brandon Falls." Biden truly did fall off his bike during a cycling trip in Delaware in June 2022. As of this writing, if you open Google Maps, you can find a historical landmark named "Brandon Falls" near the site of this incident. However, "Brandon Falls" was not an official state-sanctioned landmark. Google Maps allows users to create public landmarks, which means someone established and named the site on the mapping application to mock the president.

We identified the Twitter account behind the "Brandon Falls" landmark — this name is a play on "Let's Go Brandon," a conservative saying that means "F*ck Joe Biden" (you can read more about the origins of that phrase here). "Old Row Viral," a content creator that specializes in conservative memes, created the fake historical landmark on Google Maps. This social media account recently encouraged the trend of "Bidening" — the practice of intentionally falling off a bike at the site, taking a photograph or video of the fall online, and then posting that media online.

While "Brandon Falls" may not be an official landmark, the site on Google Maps was truly located where Biden fell off his bike in June 2022. However, there was not a cycling shop at this location adorned with a "Let's Go Brandon" flag, as some social media users have claimed. The following photograph actually showed a residence in Florida, not a cycling shop in Delaware. Google Maps allows users to create public landmarks. While this feature allows people with newly opened businesses to quickly add themselves to the popular application, it can also be used by people to create fake locations. In 2019, the Wall Street Journal reported that there were "millions" of fake businesses on Google Maps.

In theory, anyone can create a new Google location. Given how often new businesses open or offices move, any real-time city map could be improved by crowdsourcing. If you right-click on any spot on Google Maps, the site provides options to add a new business or a missing place. The language on Google’s forms and tutorials suggest that submissions are vetted: “We may take some time to review the information before updates are made,” the company writes.

But based on recent reports, it’s clearly not hard to pull a fast one on Google. In June, the Wall Street Journal reported on the millions of sham business listings on Google Maps. Some businesses are simply faking their locations; others edit established businesses’ info to redirect calls to themselves in the hopes of stealing their customers. “A search for plumbers in a swath of New York City found 13 false addresses out of the top 20 Google search results. Only two of the 20 are located where they say and accept customers at their listed addresses, requirements for pushpin listings on Google Maps,” the Journal reported.

It's unknown whether Google will remove the "Brandon Falls" location. As of this writing, the fake historical landmark had over 200 five-star reviews.

The Internet Trolls Biden By Marking Spot Where He Fell Off Bike On Google Maps. https://dailycaller.com/2022/07/19/brandon-falls-delaware-biden-bike/. Accessed 19 July 2022.