TikTok live streams that replay old videos are nothing new. However, this one attributed to Cristiano Ronaldo was impersonating the international soccer star. 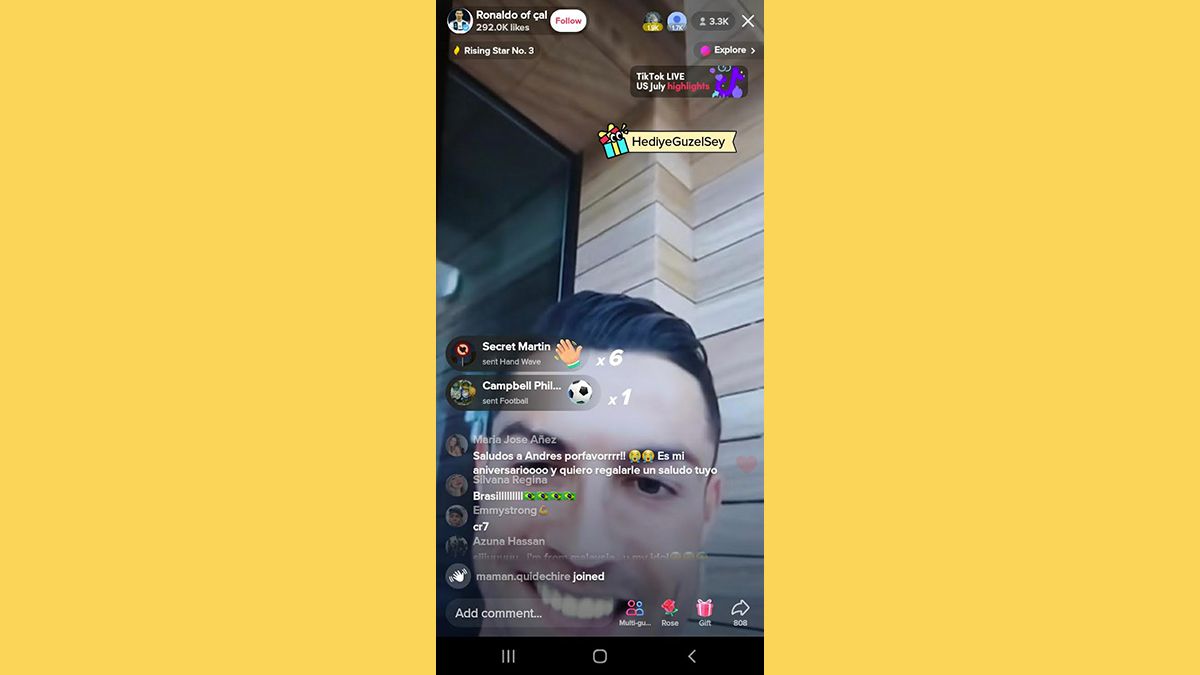 A fake livestream of international soccer star Cristiano Ronaldo is attracting attention on TikTok. Users on the platform have likely seen other livestreams before that weren't actually live, such as a police chase, a camera mounted on a bird, and others.

Since at least July 17, the fake livestream from TikTok user @cristiano__ronaldo__76 has been replaying videos of Ronaldo's past Instagram livestreams as a way of pretending to be the world-renowned athlete. The account displayed the words, "official page," as a way of convincing people Ronaldo truly was live on the page.

The profile picture for @cristiano__ronaldo__76 even included a verified badge that was added to the image by the user as a way of acting as if the account was legitimate. This user is not Ronaldo, and not verified by the platform. The verified badge seen on the profile picture was added by the user as a way of making it look like the account is verified.

Over the course of what appeared to be less than 72 hours, the account quickly built up a following of more than 100,000 users. In contrast, Ronaldo's real Instagram account has 468 million followers. We were unable to find an official TikTok account for Ronaldo. Some users appeared to believe that he was posting videos under the username @i.am.cr7. However, it appeared to be unofficial.

It's unclear if the purpose of the fake account was to build up a large following so that it could be sold, or if there was another reason to fake the persona.

We previously reported about other TikTok accounts that pretended to be singer and songwriter Billie Eilish. Those accounts used the same tactic as seen with Ronaldo, replaying old livestreams that appeared be from Instagram. In the case of the fake livestream of Eilish, at one point we witnessed that the live viewers count was more than 43,000 users.

If readers see any fake celebrity livestreams on TikTok or other platforms, feel free to contact us and include a link and a screenshot.