The real question is: What do they actually want when it comes to immigration? 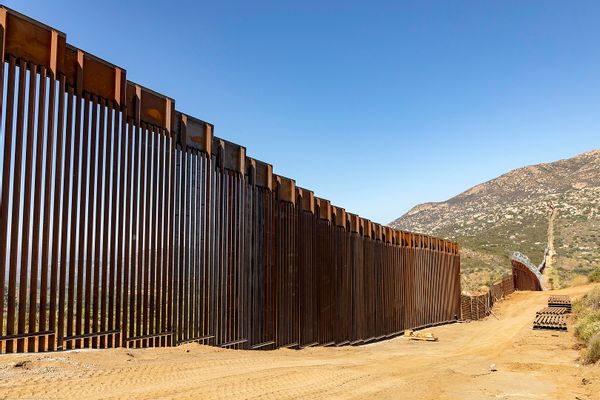 On the surface, Democrats and Republicans have been on opposing sides of the immigration debate in recent years. Republicans are perceived as the party for stricter border rules, fortified by the “build the wall” rhetoric of the Trump years, while constantly accusing the Democrats of wanting “open borders.”

The reality, however, is much more complicated, perhaps best characterized by divisions between Democrats on how to approach immigration, and their lack of a clear policy. We will break down the differing views to immigration policy below.

Before President Joe Biden took office, he promised to undo the aggressive policies of his predecessor, Donald Trump, and implement a "fair and humane" system for immigration in the country. And he did indeed stop the construction of Trump’s border wall with Mexico, created the Family Reunification Task Force to reunite families separated by the Trump administration, and reinstated the Deferred Action for Childhood Arrivals (DACA) program, which protects people from deportation who arrived in the country as children.

Right after taking office, Biden did allow more migrants, especially children, to enter the country instead of being detained. There was a sharp increase in people crossing the border, adding fuel to the Republican accusation that he wants “open borders.” Experts said the number of migrants have reached such high levels that the administration was taken by surprise. Part of this increase stems from growing violence and economic problems in countries like Honduras, Guatemala, El Salvador, Nicaragua and Cuba, leading many to travel north for better opportunities. But Republicans also say that Biden’s plans to offer legal status to 11 million undocumented people in the U.S. has encouraged the flow of migrants.

However, the accusation of open borders under Democrats holds little weight. The Biden administration has so far admitted the lowest number of refugees in the history of the U.S. refugee program. According to the latest numbers from the U.S. State Department, since 2020, the U.S. has admitted only around 11,000 refugees per year, and that number has barely fluctuated. Granted, this occurred after Trump slashed the refugee admissions program, and while the Biden administration said it was working to "rebuild" the system, the implementation has been beset by disagreement and backlogs.

Biden also did not end the Trump-era Title 42, the public health order that allowed the forcible expulsion of people immediately after they crossed the border, for two years. Though the Biden administration tried to remove it in mid-2022, Republican-led lawsuits are trying to keep it in place.

The crisis at the U.S. border has grown increasingly dire, and while the number of minors detained by Border Patrol peaked in 2019 under Trump, they rose again after Biden took office and have remained high since. Conditions at border stations for these children have also not improved significantly under Biden.

More recently, the administration unveiled a declaration centered around a coordinated response to migration pressures. In June 2022, the Los Angeles Declaration outlined a “more carrots and fewer sticks” approach, as described by Theresa Cardinal Brown, managing director of immigration and cross-border policy at the Bipartisan Policy Center. This approach would include giving aid to communities affected by migration, more humane borders, creating more legal pathways to enter countries, and coordinating emergency responses with other countries. The administration said it was committed to resettling more than 20,000 refugees from across the Americas over the next two years, and increasing aid to refugee hosting countries like Mexico.

Biden’s response to the refugee crisis has been a decidedly mixed effort, attempting to reverse Trump-era policies while keeping others in place. He has faced significant criticism from people on all sides. Activists say he is doing too little to support immigrants, while Democrats disagree with him on how to approach the problem, with some even arguing that lifting Trump-era restrictions would harm them politically.

What About Other Democrats?

Democrats are divided on how to handle the influx of migrants at the border. The lack of a coherent policy and internal disagreements in the White House have resulted in a slow rollout of any kind of action to tackle the border crisis.

Biden has faced criticism from his own party, which partly echoes Republican sentiments, as well. Texas-based U.S. Rep. Vincent Gonzalez said in March 2021 that Biden’s policy “incentivizes droves of people to come, and the only way to slow it down is by changing policy at our doorstep.”

Some Democrats with constituents at the border are actually in favor of stricter border control. In South Texas, U.S. Rep. Henry Cuellar mirrored a lot of Republican rhetoric, saying that migrants are trying to enter the U.S. because they believe “that the border is open.” Analysts say his position shows how he is balancing competing Democratic factions. Cuellar also said he is against Republicans who want a wall, who call the influx of migrants an “invasion.”

“I am in the middle — speaking against both sides,” he said.

Cuellar was in a runoff election, which he narrowly won in May 2022, but is in the midst of a recount–against Jessica Cisneros, a progressive immigration lawyer who once called him “Trump’s favorite Democrat.”

Democrats like Cuellar have also criticized Biden’s attempts to overturn Title 42. Some, like U.S. Sen. Kyrsten Sinema, introduced a bill in April 2022 preventing the overturning of the policy without a detailed plan to stop the expected increase of migrants at the border.

White House officials, in response to reports about disagreements in the administration, said that the president understands that changing an outdated system is “not going to happen overnight.”

The lack of coherence from the Democratic party on immigration, with many Democrats maintaining calls for stricter border security, means that Republican criticism obscures deeper tensions within the complicated immigration debate.

Where Have Democrats Stood Historically?

While seen in recent years as the party that is more welcoming to immigrants, prominent Democrats have advocated for border security and have spoken out against “illegal” immigration. This perception of being the pro-immigrant party was largely built up during the Trump years, when his racist rhetoric managed to briefly unite what was a largely inconsistent party on such issues.

When Trump falsely accused the Democrats of encouraging “open borders” in 2018, their actual policy was simply that they believed a border wall to be ineffective and a waste of money. U.S. Sen. Chuck Schumer even tweeted how he had authored a bill that set aside $40 billion for border security. Back in 2006, 26 Senate Democrats including Schumer voted to build 700 miles of walls and fences along the border.

We cannot tolerate illegal immigration and we must stop it. For years before Bill Clinton became President, Washington talked tough but failed to act. In 1992, our borders might as well not have existed. The border was under-patrolled, and what patrols there were, were under-equipped. Drugs flowed freely. Illegal immigration was rampant. Criminal immigrants, deported after committing crimes in America, returned the very next day to commit crimes again.

President Clinton is making our border a place where the law is respected and drugs and illegal immigrants are turned away. We have increased the Border Patrol by over 40 percent; in El Paso, our Border Patrol agents are so close together they can see each other.

Obama also said in 2005, “We simply cannot allow people to pour into the United States undetected, undocumented, unchecked.” During his presidency, he was nicknamed “deporter-in-chief” by immigration activists. But the Migration Policy Institute ran an analysis that showed more than 12 million people were deported (either removed or returned) by Clinton, 10 million under the Republican presidency of George W. Bush, and more than 5 million during the Obama administration, vastly different numbers.

Biden’s rhetoric around the issue has been to emphasize a humane approach, in opposition to Trump’s extreme language and policies. But in practice, the Democratic party and the administration is deeply divided without a cohesive policy in place to address the influx of migrants at the border, or to address the inhumane conditions they face upon arrival. The Republican critique of "open borders" ignores the historic support of Democrats for implementing border security, and hides the existing divisions within the party.