Was US Average Gas Price in June 2022 the Highest It's Ever Been?

The per gallon average reached $4.96, with California drivers paying the most. 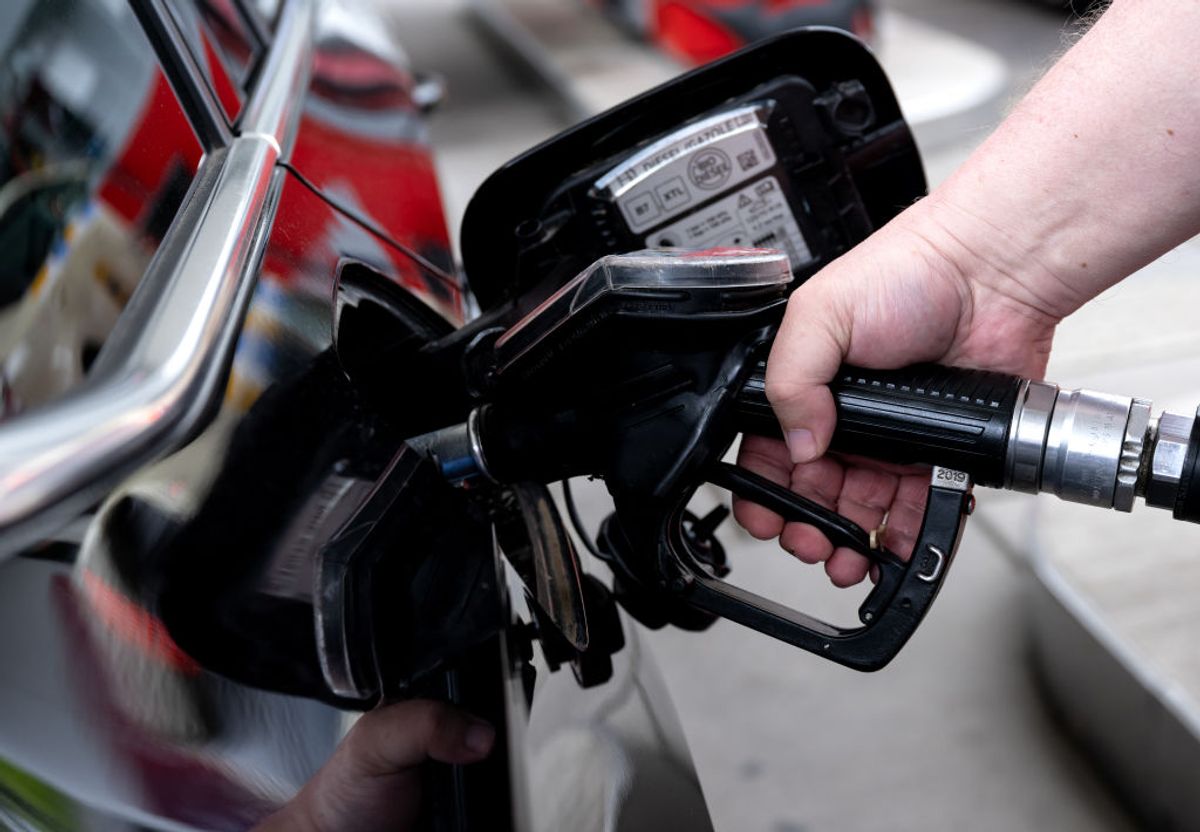 Skyrocketing gas prices in the U.S. brought economic pain in early June 2022, with more than a dozen states surpassing $5 as an average price per gallon. The national gas price average was $4.96, rounded up to the nearest cent, per the American Automobile Association (AAA).

The rising gas prices have, unsurprisingly, spurred news headlines correctly alleging record-setting levels — including, "Gas prices are the most expensive in US history, breaking record from 2008," which USA TODAY published in March.

But, while it was true that gas prices on average nationwide have surpassed past records in terms of dollar amounts, when you take inflation into account, the average per-gallon price has been higher in the past. But just slightly.

Business and finance news site Kiplinger reported in early June 2022 that in order to break the inflation-adjusted record (set in 2008 when the average price reached $4.11 per gallon), the national average price would have to reach $5.40. That doesn't mean that the national average won't break the record, inflation included, in the future. Statewide averages in a handful of states have already surpassed that $5.40 mark, with California tallying the highest at about $6.40 per gallon, the AAA data showed.

Keep in mind, the summer travel season is just getting underway, which means months of high gasoline demand lie ahead. Oil prices are high, and refineries are struggling to keep up with global fuel demand.

Many refineries shut down when the COVID-19 pandemic crushed global fuel demand in 2020, and few new ones are slated to open anytime soon. Here in the U.S., most existing refineries are running flat out to meet both domestic consumption and demand from Europe, which is seeking alternatives to Russian gasoline and diesel fuel in response to Moscow's invasion of Ukraine.

Also, changing consumer behavior is at play when calculating fuel prices' impact on Americans. The U.S. Energy Information Administration's (EIA) said in a May 2022 report:

In 2020, gasoline expenditures briefly fell to about 1% of disposable personal income as a result of both low gasoline consumption associated with COVID-19 pandemic mitigation efforts and low gasoline prices. The ratio has since increased; both measures ranged between 1.5% and 3.2% in 2021 and into early 2022. As of early 2022, the gasoline expenditure to disposable personal income ratio is still below the high of 5.3% in July 2008 and is closer to the average ratio of 2.5% from 2015 to 2019.

Furthermore, in the first quarter of 2022, the percentage of disposable income after taxes that people spent on gasoline (with inflation in the mix) averaged 2.6%, the report said. So, according to the EIA's number-crunching, that metric was nearly half of a high in July 2008 (5.3%) and just a bit more than the average since 2015.

Still, the EIA predicted that the average U.S. household would spend roughly $450 more for gas in 2022 compared to 2021, on an inflation-adjusted basis.

What’s the price of fuel near you? Take a photo of your neighborhood gas station and send it to Snopes. We may feature it in an upcoming issue of our political newsletter, for which you can subscribe here.