It's amazing what you can claim when you have no standard of evidence. 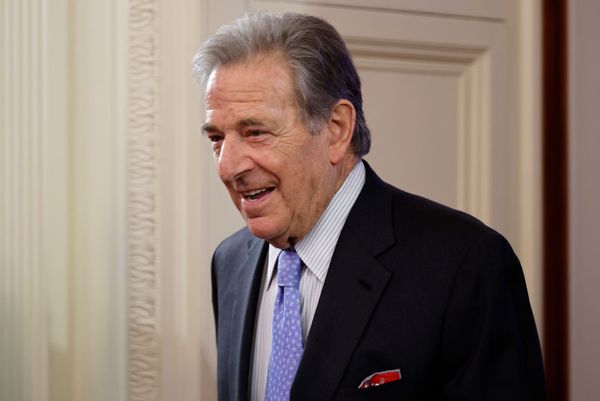 On June 8, 2022, a rumor went viral on Twitter that the DUI charges against Paul Pelosi, the husband of U.S. House Speaker Nancy Pelosi, had been dropped by police. Donald Trump Jr., the son of former President Donald Trump, expressed outrage and complained that the "rules don't apply to Dems."

Fox News contributor Leo Terrell also chided the seeming hypocrisy of law enforcement, writing on Twitter that "Paul Pelosi can break the law because he is a Democrat!" Congresswoman Lauren Boebert added: "Paul Pelosi's DUI charges have been dropped. Is anyone really surprised?"

But were the charges against Pelosi really dropped? No, this is not true. In fact, as of this writing, the case is still under review and a charging decision has not yet been made.

On June 9, 2022, the Napa County District Attorney published a statement to clear up confusion about Pelosi's arrest. According to DA Allison Haley, Pelosi was arrested on May 29 "for Driving Under the Influence of Alcohol and Driving with a .08% Blood Alcohol Content or Higher." Pelosi was cite released and a court date was scheduled for August 3, 2022. According to the DA, this is "standard protocol for any DUI case that is referred by a law enforcement agency in Napa County."

The Napa County District Attorney’s Office said in a statement:

The Napa County District Attorney’s Office is currently reviewing charges stemming from the DUI arrest of Paul Pelosi on May 29th, 2022, in Napa County, California.

At the time, the California Highway Patrol (CHP) arrested Mr. Pelosi (DOB 4/15/40) for Driving Under the Influence of Alcohol and Driving with a .08% Blood Alcohol Content or Higher. He was booked into the Napa County Department of Corrections and cite released.

Mr. Pelosi agreed to a court date of August 3, 2022, at 8:30 am in Napa County Superior Court. If criminal charges are filed, Mr. Pelosi would be arraigned at that time. The case is currently under review to decide what, if any, charges will be filed against Mr. Pelosi. This is standard protocol for any DUI case that is referred by a law enforcement agency in Napa County.

No decision has been made at this time. Any speculation to the contrary is incorrect. When a filing decision is made by the Napa County District Attorney, the media and public will be notified.

So where did the rumor that the DUI charges against Pelosi were dropped come from? After Pelosi was arrested, some news outlets reported that Pelosi had been "charged with driving under the influence and driving with a blood alcohol content of 0.08% or higher [...] Both charges are misdemeanors."

But since no charges have actually been filed yet, it appears that some people jumped to the conclusion that the charges must have been dropped. But that is not the case. The charges against Pelosi are still pending.

Despite the fact that the charges against Pelosi were neither pressed nor dropped, this rumor spread wildly on Twitter. One of the first messages to spread this rumor was posted on June 7 @the_real_fly. That message stated: "All charges have reportedly been dropped against Paul Pelosi for his DUI crash ***"

This is not a news media account. Furthermore, this and other accounts provided no evidence to support their claims. Regardless, other Twitter users picked up on this rumor and started spreading it uncritically across social media.

A spokesperson for California Highway Patrol (CHP) told us that while they indeed arrested Mr. Pelosi, they were not responsible for filing charges. Rather, they submitted their investigation to the Napa County District Attorney’s Office, which makes the determination on pressing charges.

The CHP also noted that there was another rumor floating around social media holding that the CHP was withholding Pelosi's mug shot from public view. CHP told Snopes that they do not maintain booking photos (that's the Napa County Corrections Department) and said "the CHP has treated this incident in the same manner as it does any case. Any claims to the contrary are patently false."

Updated [June 9, 2022]: Article updated with a statement from the Napa County District Attorney explaining that the charges against Pelosi are still pending and have not been dropped.