Orangutan Grabs Man at Zoo. Here's What We Know

A video of an orangutan grabbing a zoo visitor who got too close to its cage went viral in June 2022. 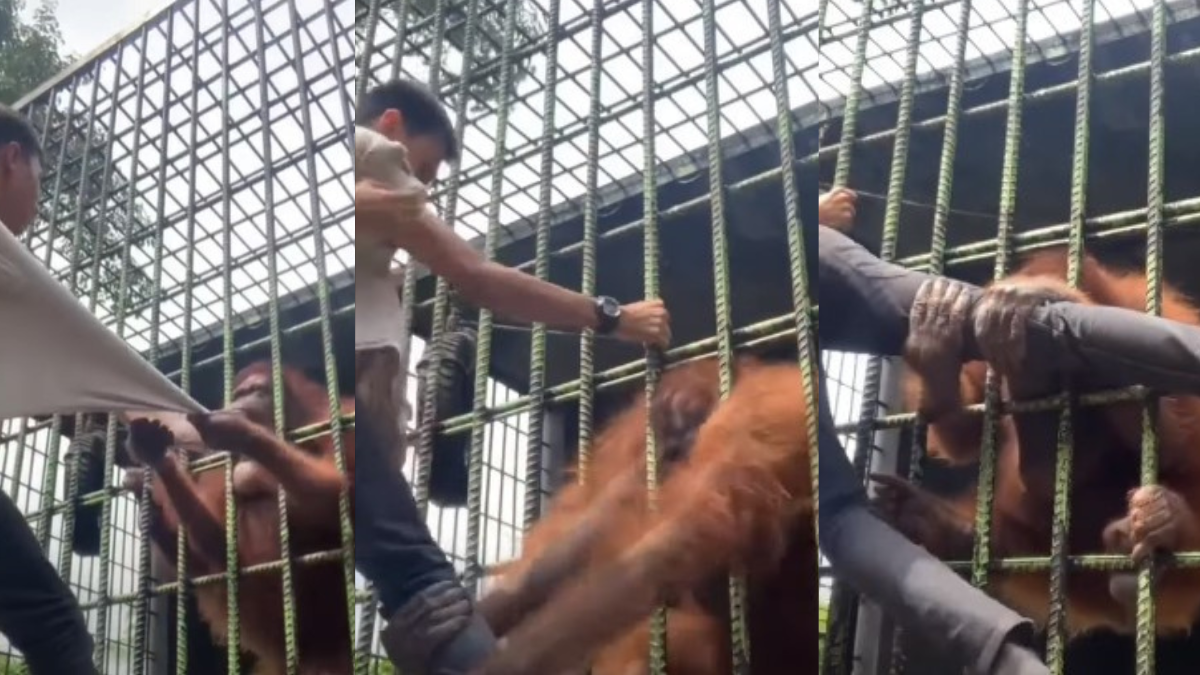 On June 7, 2022, a video went viral on social media that showed an orangutan grabbing a person through the bars of its cage. Here is one version that circulated on Twitter:

While this video racked up millions of views as it circulated on social media, many viewers were left with questions: Where and when was it filmed? How did this happen? And, since the viral clip ends with the man's leg still in the grasp of the orangutan, how did this incident conclude?

Here's what we've been able to find out.

According to akurat.co, an Indonesian news site, this video was filmed on June 6, 2022, at the Kasang Kulim Zoo in the province of Riau, and shows an orangutan named Tina grabbing a zoo visitor who got too close to her cage. According to riau.suara.com, another Indonesian news site, the visitor, a man named Hasan Arifin, had broken the zoo's rules by climbing over a barrier that normally separates the animals from the visitors in order to get a video.

It is known, this man crossed the safe limits of the zoo with the aim of making video content with these protected animals. As a result, he was pulled by the orangutan.

At that location, there is cement stone made in the form of a fence. The manager also put up a prohibition sign not to pass through the guardrail.

The zoo's manager told reporters the orangutan may have been kicked by the visitor before the viral video was filmed. Kasang Kulim Zoo manager Desrizal said:

Neither the visitor nor the orangutan were seriously harmed in the incident, according to the Indonesian news websites. While the viral video clip ends with the man's leg still in the orangutan's grasp, longer versions of the video show that this person was eventually able to pull himself free.

A video from Tribun Pekanbaru gives a clear look at the various "do not cross" signs around the orangutan's cage.

Afrin later apologized for breaking the zoo's rules, saying: "I apologize to the Kasang Kulim Zoo for crossing the fence and I apologize for the viral video."