Some have expressed concern that the fallout from the high-profile lawsuit could chill victims of domestic violence from speaking out. 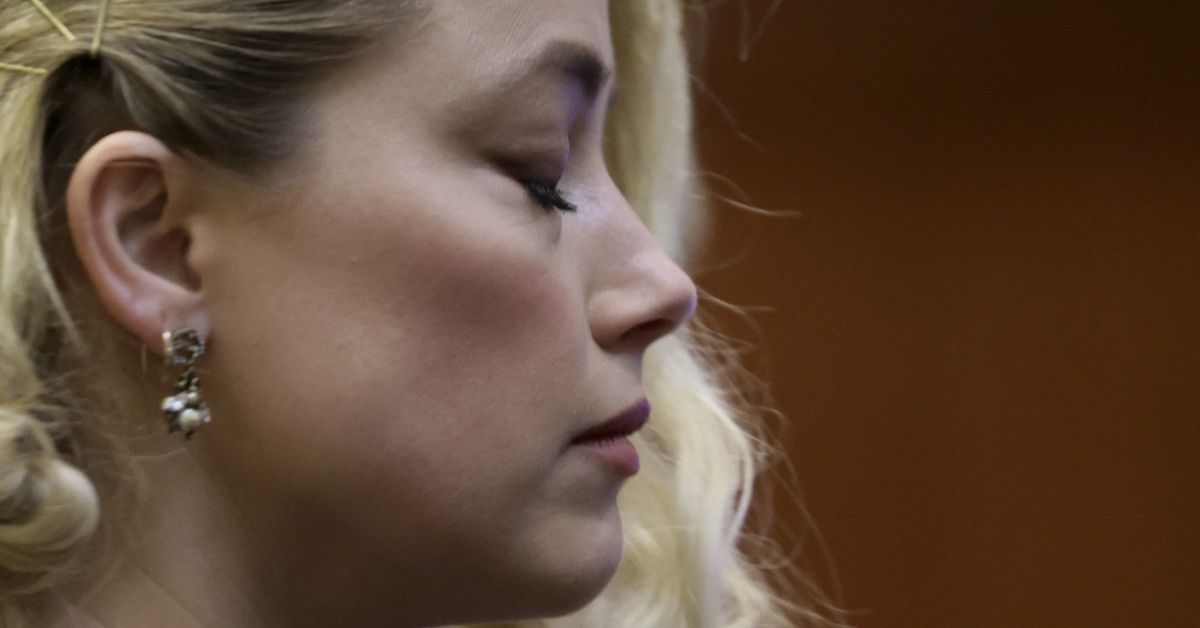 On June 1, 2022, a number of Twitter accounts speculated that because actor Johnny Depp prevailed in convincing a jury he was defamed by ex-wife and fellow actor Amber Heard, others -- particularly famous people -- accused of domestic violence or assault would follow suit.

As in the above example, many of the social media posts specifically named musician Marilyn Manson (whose real name is Brian Warner) and his ex-fiancee Evan Rachel Wood. However, the underlying claim was that Depp's legal victory would spark a deluge of lawsuits against those who have gone public with their stories of surviving abuse.

"[V]ictims will NEVER recover from this," an anonymous Twitter user asserted in a June 1 Twitter post. "melissa benoist is already being called a liar for speaking up against her abuser. marilyn manson might file charges against his victim evan rachel wood. the culture of humiliating abuse victims has already spread"

As noted above, this tweet, and others like it, were posted on June 1, the same day a jury in Fairfax, Virginia, handed down a verdict favoring Depp after a widely-viewed trial. Depp had accused Heard of damaging his reputation and career by penning a 2018 op-ed stating she was "a public figure representing domestic abuse." She didn't name Depp in the piece.

Because the jury sided with Depp, some, like the Twitter user above, posited the case could inspire other famous people accused of domestic or sexual abuse to follow the same strategy and sue their alleged victims who have spoken out about or accused them of abuse.

Rolling Stone reported in a story published March 2, 2022, that Manson filed a defamation suit against Wood after she accused him of sexual abuse. Depp's lawsuit against Heard went to trial in April of the same year, although he had filed the lawsuit in 2019 after losing a similar case in the U.K.

As of this writing it remains to be seen whether the Depp defamation case will lead to a wave of similar lawsuits against those who come forward with allegations of abuse. An analysis by the Washington Post cited an expert who said Depp's legal team used an effective strategy:

Mark Stephens, an international media lawyer familiar with both cases, said Depp’s legal team in the United States ran a strategy known as DARVO — an acronym for deny, attack, and reverse victim and offender — in which Depp became the victim and Heard the abuser.

“We find that DARVO works very well with juries but almost never works with judges, who are trained to look at evidence,” Stephens said.

Depp sought to have the case heard in Virginia, which has a relatively weak anti-SLAPP statute, rather than in California, where he and Heard both reside. Such statutes — the acronym is short for strategic lawsuits against public participation — provide defendants a quick way to get meritless lawsuits dismissed. Heard sought dismissal of Depp’s suit but was unsuccessful.

Strikingly, the Depp v. Heard trial was beset by a deluge of internet memes, sensational false claims, and general bullying directed at Heard, and as the Post noted, "Although jurors were ordered not to read about the case, they weren’t sequestered."

The spectacle sparked concerns among observers that the trial and its aftermath could chill victims from seeking accountability from those who harmed them, especially if the abuser has fame or social power. In May 2022 for example, New York Times columnist Michelle Goldberg wrote:

If Depp somehow prevails, one can expect similar lawsuits against other women who say they’ve survived abuse. Already, the singer Marilyn Manson has filed a defamation suit against his ex-fiancée Evan Rachel Wood, one of several women who have accused him of sexual violence.

But Depp needn’t succeed in court to achieve his ends. In a 2016 email to his former agent, Christian Carino, Depp wrote that Heard was “begging for total global humiliation.” Now this televised trial has resulted in an explosion of hatred and derision directed at her. The volatile actress — who at times was violent toward Depp, and who never made good on a promise to donate her entire divorce settlement to charity — is very far from a perfect victim. That made her the perfect object of a #MeToo backlash.

Wood, in 2021, publicly accused Manson of "horrifically" abusing her for years, beginning when she was a teenager. Wood's allegations and her subsequent activism on the topic of domestic abuse and sexual violence are the subject of the HBO documentary "Phoenix Rising."

Manson denied Wood's allegations and in his lawsuit against her, accused Wood and her friend Illma Gore of recruiting, pressuring, and coordinating women who had been in relationships with him to make similar accusations against him, even going as far as impersonating an FBI agent. Manson's ex-wife, burlesque dancer Dita Von Teese made a public statement about the allegations in 2021, noting that they "do not match my personal experience during our 7 years together as a couple."

Zoledziowski, Anya. “Why Does It Seem Like the Entire Internet Is Team Johnny Depp?” Vice, 25 Apr. 2022, https://www.vice.com/en/article/4aw93j/justice-for-johnny-depp-internet-comments.