Does a Video Show Crowd Reactions to Depp and Heard as They Arrived to Court?

A video posted online appeared to be just one weapon used in the war between the unhappy divorced couple. 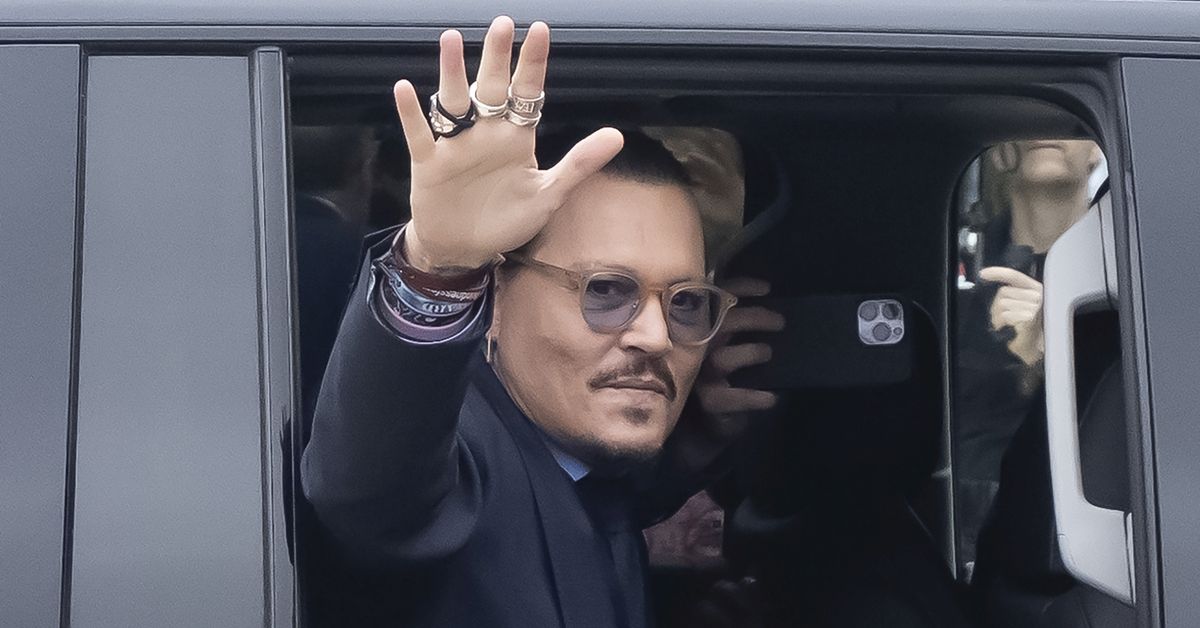 A video posted to the social media platform TikTok in late May 2022 purported to show the difference between actors Johnny Depp and Amber Heard entering court in their defamation trial, juxtaposing loud cheers for Depp with relative silence for Heard.

The truth is somewhat complicated, so we'll break down what we know.

The video does show real footage of Depp and Heard arriving to court in Fairfax, Virginia, on May 27, 2022:

The source of the video's footage appears to be press pool film showing Heard and Depp pulling up for the final day of testimony. The pool video can be viewed on The Associated Press YouTube channel here:

But the press pool footage doesn't show Depp's black SUV pulling in to the court house gates, which is when all the ruckus in the TikTok video can be heard.

A video posted to YouTube by a user with the handle UnBoxPHD entitled, "Johnny Depp arrives at Court on FINAL DAY," shows Depp riding in the black SUV with a police escort, waving out of the window at fans, then turning right into what appears to be the courthouse. (The video has since been removed from YouTube by the user).

The audio in that video matched the audio in the TikTok video — thus it's possible that sound from another video was edited over the press pool video to make Depp appear more popular than Heard.

Even if the audio is legitimate, it's unclear whether the video is representative of Depp's versus Heard's popularity. It leaves unanswered questions, like, did Depp's fans happen to position themselves just outside the gate to the courthouse while Heard's were further away? Was the sound in the TikTok video manipulated in any way to favor Depp?

Because the two are famous, the trial has resulted in relentless media coverage and a rather ugly scenario in which members of the public divided themselves among the opposing sides in a divorced couple's ongoing acrimony. And ultimately, the TikTok video seemed to want to show Depp had more public support than Heard.

Depp and Heard had been embroiled in a $50 million defamation lawsuit filed by Depp against Heard over a 2018 Op-Ed column she wrote for the Washington Post that he claims damaged his reputation and acting career. Heard filed a $100 million countersuit against Depp.

On June 1, 2022, a jury decided in favor of Depp, awarding him $10 million compensatory damages and $5 million in punitive damages, although the judge in the case knocked the latter down to $350,000, according to the Los Angeles Times. The jury also awarded Heard $2 million in her counterclaim against Depp.

The trial resulted in a number of sensational claims, many of which have been false — but some which have also been true.

Updated to note a referenced YouTube video has been removed from the platform by the user.