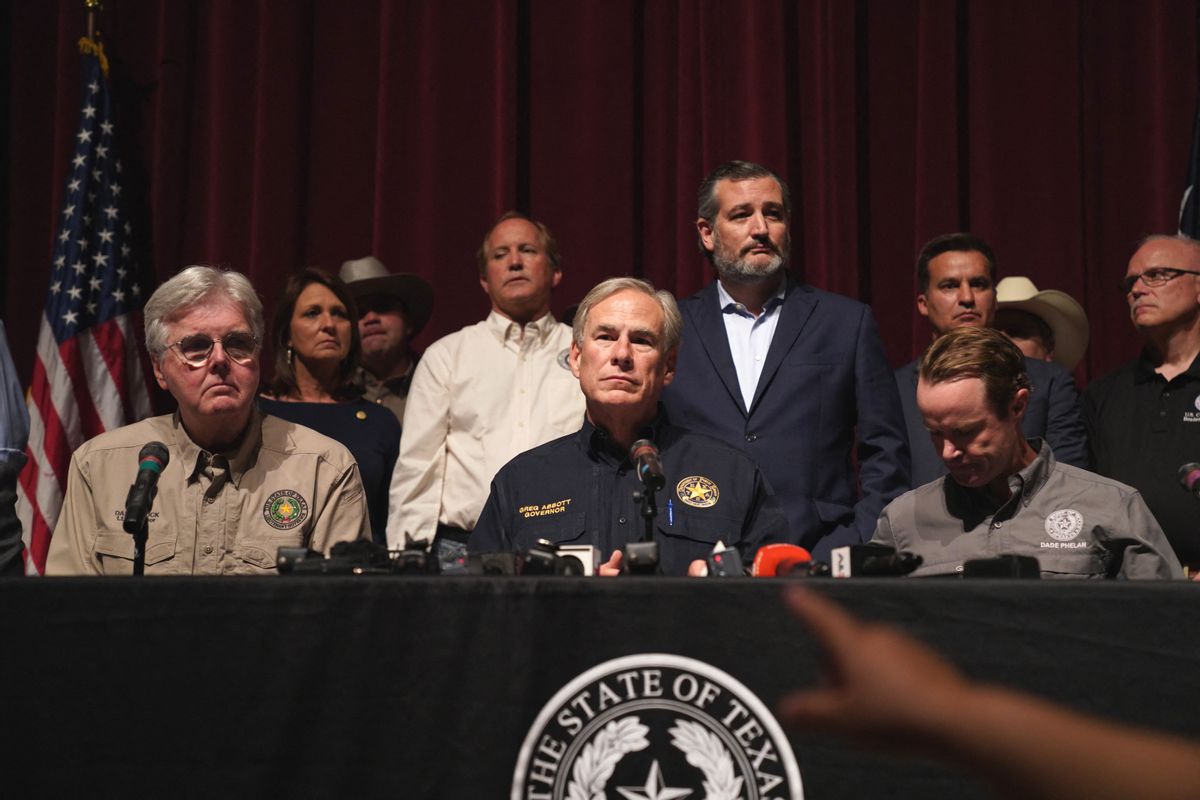 On May 26, 2022, a Twitter account using the handle @MyCancerJourne3 posted three tweets that claimed a representative for Texas Gov. Greg Abbott had offered to pay the grieving family of a shooting victim to stand with the governor in opposition to stronger gun control laws. According to the tweets, @MyCancerJourne3's family lost a child in the deadly mass shooting two days earlier at Robb Elementary School in Uvalde. The Daily Beast published that it had investigated the rumor and applied a label that read, "Completely False." These same two words were shared by Abbott's office when The Daily Beast asked about the rumor.

Nineteen children and two adults lost their lives in the shooting, which occurred on May 24. It led to a significant number of questions about the law enforcement response during the crucial moments after the gunman arrived at the school, as well as a wave of debate over whether the government should enact stricter gun laws.

The story from @MyCancerJourne3 was tweeted as follows (we have condensed the tweets into a single paragraph):

Uvalde Update: We were finally able to see my living nephews body to confirm identity. Shot in the face. While leaving to return home we were followed by what was assumed to be media, which win we do not wish to speak during this time. 4 mins after returning home a knock on the door. It's a representative for Gov Greg Abbott. He informed us he's willing to pay us to stand with the Gov and say we don't need stronger gun laws. To which almost got this clown hurt. He was asked to leave and said that if we speak about this conversation we will be facing charges and possibly worse. We responded with fuck you, try me and find out. Then we were told people get hurt and disappear all the time. Fuck Greg Abbott and this harassment while we all mourn.

Despite citing no sources, evidence, or links of any kind, the three tweets still received a massive number of shares. Combined, they were retweeted a total of more than 68,000 times and received over 244,000 likes.

In the hours that followed, other Twitter users began to dig into some past tweets in @MyCancerJourne3's feed. Several of the older tweets (archived by users on archive.ph) were said to cast serious doubt on the credibility of the person who tweeted about Abbott's "representative" purportedly offering to pay a grieving family for political support. For the purpose of this article, we will skip those other elements of the story and continue with the rumor at hand.

One Twitter user suggested not retweeting the story about the supposed Abbott "representative," arguing it shouldn't be shared "unless it gets independently verified." @MyCancerJourne3 responded, in part, by tweeting "Fuck you."

The last known tweets from @MyCancerJourne3, which were archived by The Wayback Machine on Archive.org, claimed that video evidence was on the way that would corroborate the story about Abbott:

Thank you to everyone that reached out with condolences and ideas for help. We've been out in contact with actual help. Thankfully my sister has a home security system that uploads to some storage system. I will not have to defend my post or it's validity shortly. Again thank you all. While we are struggling with this nightmare, we are sure that as a family with friends and the outpouring if kind words we will one day not hurt as much. I want to say to everyone that suggested reaching out to certain would help, IT DID and they are HELPING.

In the end, the staff at The Daily Beast reported that it had made contact with the person who apparently had control of the Twitter account. That person claimed the account had been "hacked," and that they were attempting to remove the tweets. The privacy status of the account was later set to "protected," meaning that only @MyCancerJourne3's followers could see them. Soon after that, the account disappeared altogether. We located two phone numbers associated with the man who apparently controlled the now-deleted Twitter account. One was disconnected. The other seemed operational but no one answered, nor was there an opportunity to leave a message on voicemail.

We reached out to Abbott's office to find out if they had any further comment about the story, other than their "completely false" answer made to The Daily Beast. We will update this article if and when we receive more information.

Previous Article
Next Article
Article 1 of 10 in Collection