How Many US School Shootings Have Taken Place in 2022?

Another deadly mass shooting occurred in Texas in May 2022. 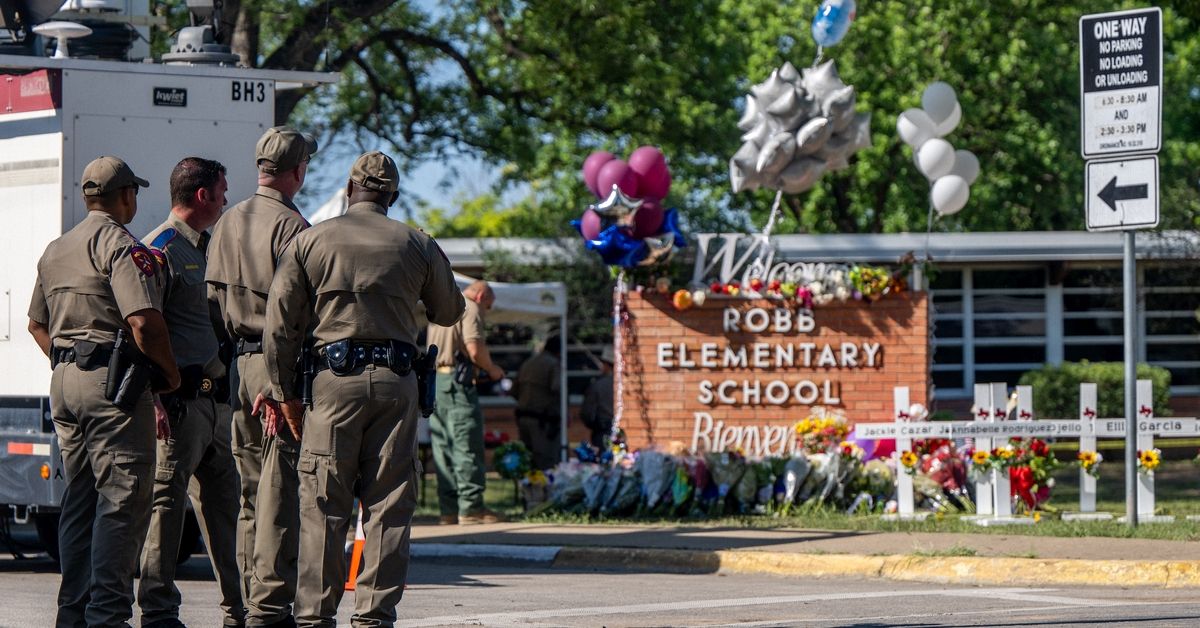 After another tragic school shooting took place in Texas, in May 2022, many noted that this was not the first shooting on school property in 2022. So we looked at the numbers, and the various classifications of “school shooting.”

On May 24, 2022, a gunman fatally shot 21 people at Robb Elementary School in Uvalde, Texas — 2 adults and 19 children — before authorities fatally shot him. Authorities said police killed the suspect, Salvador Ramos, 18, at the scene. The shooting is considered to be the second deadliest school shooting on record in the U.S., after the Sandy Hook school shootings in Connecticut in 2012.

On social media some claimed the number of school shootings up to that point in 2022 was around 30:

In actuality, the numbers vary depending on how one classifies a school shooting. A range of databases have compiled different statistics on shootings and gun violence in schools. Education Week (EW) had recorded 27 school shootings in 2022, as of this writing, with injuries or deaths, including the most recent one in Texas. EW counted a total of 67 injuries and deaths, which included 27 people who were killed so far this year. Two dozen (24) of the deaths were children, and three were adults or school employees. The criteria for the shootings was incidents:

EW noted that this database doesn't track cases in which the only shots fired were from a school resource officer or individuals who were authorized to carry guns and did so in an official capacity, like a police officer. The organization also did not track suicides or self-inflicted injuries.

According to Everytown for Gun Safety, a nonprofit group advocating for gun control, the year so far had seen at least 77 incidents of gunfire on school grounds, resulting in 14 deaths and 45 injuries nationally, not including the most recent one in Texas. The criteria were broader than those of Education Week. Everytown said it tracked “every time a firearm discharges a live round inside or into a school building or on or onto a school campus or grounds, as documented by the press. Incidents in which guns were brought into schools but not discharged are not included.”

The Center for Homeland Defense and Security reported the largest number of shooting incidents at K-12 schools, “following the definition of each and every instance a gun is brandished, is fired, or a bullet hits school property for any reason, regardless of the number of victims, time of day, or day of week.” In 2022, the center tracked two instances of an active-shooter situation, and 136 instances with a non-active shooter.

We should note that an “active shooter,” according to the FBI, is “an individual actively engaged in killing or attempting to kill people in a populated area.” With the Center for Homeland Defense and Security’s broader criteria, which include simply brandishing a gun or a bullet hitting school property, the overall number of incidents was automatically higher.

Everytown noted that mass shootings like the one at Sandy Hook (and more recently at Robb Elementary in Texas), represent less than 1% of overall school gun-violence incidents, but account for a disproportionate share of the overall deaths and people wounded in school gun violence. They added that common incidents of gun violence involved “specific individuals, arguments that escalated, acts of domestic violence, parking lot altercations, and robberies where the school was an unfortunate backdrop.”

In sum, various databases have recorded different numbers based on how broadly they defined "school shooting," which could range from incidents where gunfire erupted on school property but not one was hurt, to incidents where people were killed or injured from an active-shooter situation.

Previous Article
Next Article
Article 6 of 10 in Collection

Gamio, Lazaro, and Shawn Hubler. “Texas Massacre Is the Second-Deadliest School Shooting on Record.” The New York Times, 25 May 2022. https://www.nytimes.com/interactive/2022/05/24/us/texas-school-shooting-deaths.html. Accessed 26 May 2022.