Joe Biden faces a fight from within his own party in solving the mounting student loan crisis and fulfilling a campaign promise. 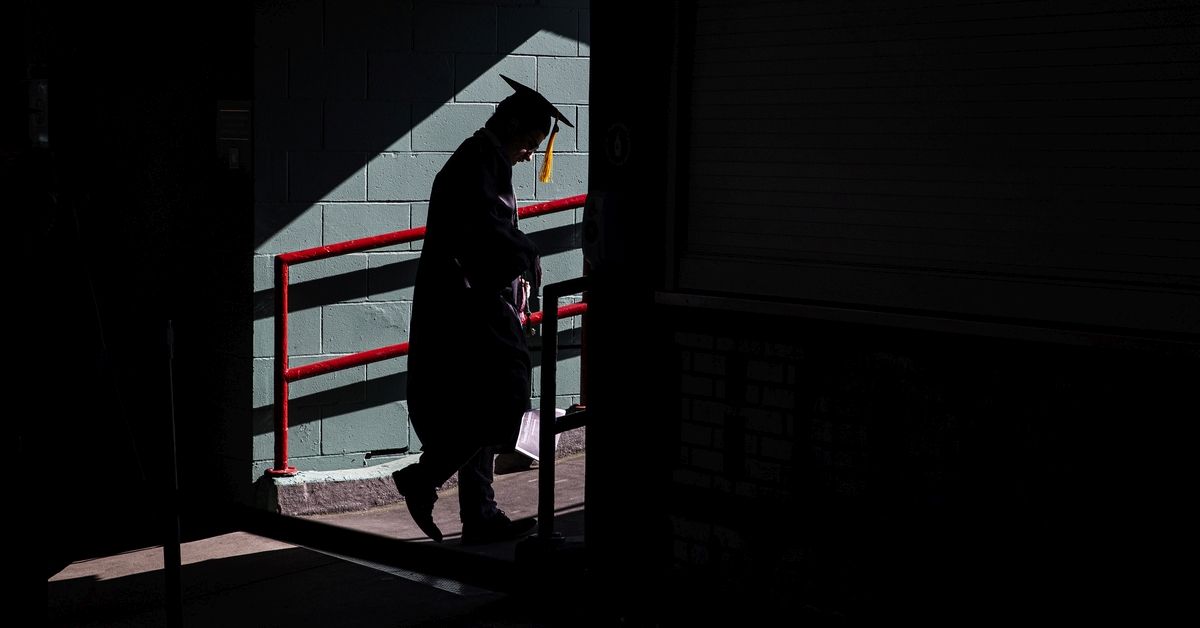 In March 2020, as the COVID-19 pandemic first began to have devastating effects on the U.S. economy and public health, and as Joe Biden closed in on the Democratic presidential nomination, he made a commitment:

We should forgive a minimum of $10,000/person of federal student loans, as proposed by Senator Warren and colleagues. Young people and other student debt holders bore the brunt of the last crisis. It shouldn't happen again.

Since taking office in January 2021, Biden has used various executive actions to effectively cancel around $17 billion in federal student loans, according to his education department.

Although significant — especially for the nearly 1 million individuals who benefitted from them — those actions were limited and targeted towards, for example, disabled individuals or graduates who were defrauded or manipulated by their lenders and educational institutions.

For everyone else, there have been repeated pauses on federal loan repayments — a COVID-era stimulus and relief measure started under President Donald Trump and reimplemented several times by Biden.

The elephant in the room, though, is the long-term fate of $1.6 trillion in federal student loans, owed by more than 40 million people, as of early 2022. On that, there are broadly four answers: Republicans are united in opposing the cancellation of any student loan debts; while Democrats are divided into roughly three camps.

Biden, who campaigned as a centrist determined to work with Republicans and independents, will have to balance those concerns with uniting the progressive and moderate wings of his own party.

This is the position that Biden himself currently appears to hold, and the specific figure he has repeatedly touted is $10,000 per person. Around two-thirds of borrowers owe more than $10,000, so a cancellation at that level would still leave a considerable amount of debt untouched.

However, some commentators have argued that those with smaller debt burdens are, perhaps ironically, most likely to default on them because they often form a cohort of borrowers who never graduated and therefore are less likely to enjoy the income boost that typically comes with higher education.

In late April 2022, Biden gave an update on the commitments he had made on the campaign trail, saying:

I am considering dealing with some debt reduction...I’m in the process of taking a hard look at whether or not there are going to — there will be additional debt forgiveness, and I’ll have an answer on that in the next couple of weeks.

However, Biden drew a line in the sand in the same set of remarks, stating, "I'm not considering $50,000 in debt reduction," which brings us to the second proposed answer to the $1.6 trillion question. That figure — $50,000 in debt cancellation per borrower — has been advanced by several prominent progressive Democrats, in particular Sen. Elizabeth Warren of Massachusetts and Senate Majority Leader Chuck Schumer of New York.

Back in February 2021, Warren and Schumer — along with rising progressive stars like Reps. Ayanna Pressley, Ilhan Omar, and Mondaire Jones — promoted a Congressional resolution that explicitly called on Biden to "take executive action to broadly cancel up to $50,000 in Federal student loan debt for Federal student loan borrowers."

As well as divisions over the amount and extent of debt cancellation, Democrats also disagree over how any cancellation should be carried out.

House Speaker Nancy Pelosi, for example, has publicly insisted that the president does not have the legal authority to cancel student loan debts, and that "that has to be an Act of Congress."

Schumer, by contrast, has insisted Biden could do it "with the flick of a pen" — a position shared by the National Association for the Advancement of Colored People.

The NAACP has emphasized the racial equity dimensions of student loan debt — Black borrowers bear a disproportionate debt burden — and have highlighted $50,000 as a minimum per person cancellation level, describing such a step by Biden as "the single best way you can drastically reduce the racial wealth gap."

With prominent Democratic leaders like Schumer pushing Biden towards a $50,000 cancellation, Biden insisting he won't go there, and left-wing Democrats and activists demanding $50,000 as a minimum non-negotiable, this is where the Democratic in-fighting could turn ugly.

Republicans, meanwhile, have sought to apply pressure of their own, with parallel bills designed to prevent Biden from further renewing loan-repayment freezes, and stop his administration from unilaterally cancelling debts. The policy of cancelling all federal student loan debt, without income restrictions, has come an awfully long way in just a few short years, but seems unlikely to go any further under Biden's presidency.

In the context of the 2020 Democratic presidential primary, Warren first proposed eliminating $50,000 for every borrower with an income under $100,000, a progressively reduced cancellation for those earning between $100,000 and $250,000, and no debt cancellation for anyone earning above that threshold.

Sanders, pushing to capture the support of the progressive wing of the party, launched the College for All Act in June 2019 — legislation that would have required the education department to forgive all student loan debt, without the income limits stipulated by Warren. (Both Sanders and Warren also advocated eliminating college tuition).

Three years later, with Biden ensconced in the White House, Sanders is not relenting in those efforts. In February, when Biden's education department announced it had cancelled $415 million in loan debt for 16,000 borrowers deceived by colleges, Sanders responded, drily:

As vocal as the support is for this "all-out" approach to debt cancellation, Biden's definitive opposition to measures that don't involve income limits, and the voting mathematics at play in the U.S. Senate, means Sanders will almost certainly remain disappointed for at least another two years.

Warren, Schumer, Pressley, Colleagues: President Biden Can and Should Use Executive Action to Cancel up to $50,000 in Federal Student Loan Debt Immediately | U.S. Senator Elizabeth Warren of Massachusetts. https://www.warren.senate.gov/newsroom/press-releases/warren-schumer-pressley-colleagues-president-biden-can-and-should-use-executive-action-to-cancel-up-to-50000-in-federal-student-loan-debt-immediately. Accessed 23 May 2022.