Have US Abortion-Related Deaths Decreased Since Roe v. Wade?

To suggest a decline in abortion-related deaths was purely due to the legalization of the procedure is an overgeneralization. 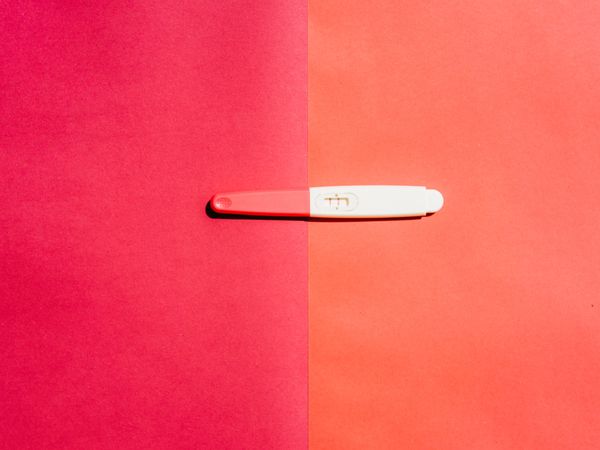 In the decades since the Roe v. Wade U.S. Supreme Court decision in 1973, abortion-related deaths have generally decreased nearly every year, with a handful of exceptions. As the ruling legalized the procedure at the federal level, many have posited that its passage alone was responsible for better pregnancy outcomes — a statement that is demonstrably overgeneralizing.

While it is true that deaths associated with abortions, both legal and illegal, have decreased in the last 50 years, that's due to several issues, including better reproductive education and healthcare, and greater access to contraceptives, among other things.

One example of the claim above was a widely shared graph posted to Reddit on May 3, one day after an anonymous source of Politico leaked a draft opinion from the Supreme Court that indicated a majority of the justices supported overturning Roe v. Wade.

Other social media users have made similar claims for decades, while the topic itself has been regurgitated in digital circles for years and fact-checked by a number of publications, including The Washington Post and Politico.

The original creator of the graph posted to Reddit cited data from the Centers for Disease Control and Prevention (CDC) and a comment on the post from the author read:

Since the passage of Roe v Wade, there has been a dramatic drop in deaths from complications from abortions due to the procedure being conducted by medical professionals in a medical setting.

In this chart, the y-axis showcases the total number of deaths in the USA due to complications from abortions while the x-axis represents the year.

But it’s a hard correlation to draw based on the ruling of Roe v. Wade alone, in large part because, as other Reddit users pointed out, the legislation was a symbol of societal attitudes toward reproductive health at the time. Abortion deaths have decreased on average nationwide since the passage of Roe v. Wade in 1973. But that may also be attributed to better access to contraceptives and reproductive healthcare knowledge, which could have reduced abortion rates overall as pregnancy rates fell, as well as more advanced healthcare and medical procedures.

First, let’s look at the data cited in the widely shared graph above.

An abortion-related death is defined by the Centers for Disease Control and Prevention (CDC) as:

A death resulting from a direct complication of an abortion (legal or illegal), an indirect complication caused by a chain of events initiated by an abortion, or an aggravation of a preexisting condition by the physiologic or psychologic effects of abortion. An abortion is categorized as legal when it is performed by a licensed clinician within the limits of state law.

Since 1969, the CDC has conducted abortion surveillance to document legal abortions across the U.S. Following nationwide legalization in 1973, the total number of reported abortions “increased rapidly” and surveillance became more robust — largely because of initiatives to collect data and normalize the procedure. Abortion rates reached their highest levels in the 1980s and have generally decreased “at a slow yet steady pace” (with a few exceptions).

The chart is based on data published in November 2021 that looked at abortion figures from the central health agencies of 50 states to calculate the abortion rate per 1,000 women between the ages of 15 and 44. Overall, the total number of reported abortions from 2010 to 2019 decreased by 18%, and in 2019, women in their 20s accounted for more than half of abortions, with more than three-quarters performed at less than nine weeks' gestation.

When it comes to the chart in question, we must first note that the CDC was not keeping track of abortion-related deaths before 1969, and only then at a limited capacity until Roe v. Wade legalized the procedure in 1973. So, we are not sure of the source for pre-1969 data shown in the graph. For post-1973 data, it looked as though the creator oversimplified available data simply by reporting the raw number of deaths (right column, which correlates to the y-axis in the graph) to correspond with the year in which they occurred in (left column, which correlates to the x-axis in graph): An important note is that all abortion data is submitted voluntarily and may not encompass all abortions performed in the country, legal or otherwise.

Gaps in the Data

The American College of Obstetricians and Gynecologists (ACOG) estimated that before 1973, 1.2 million women “resorted to illegal abortions each year and that unsafe abortions caused as many as 5,000 annual deaths,” but as The Washington Post reported at the time, there were no citations included in the ACOG statement. In part, that’s because stigmas surrounding abortion meant that data was not regularly collected or streamlined by any one institution, nor were people necessarily willing to talk about it.

A book written by gynecologist and abortion advocate Dr. Frederick Taussig in 1936 loosely estimated that between 8,000 and 10,000 deaths occurred due to abortion annually, but that was not the result of a rigorous study. From The Washington Post:

Just 13 states recorded such data in 1927 and 15 in 1928. That added up to 912 deaths from abortion a year. Because the states represented 26 percent of the birth registration of the United States, Taussig multiplied it to come up with 3,508 a year. He then rounded it up to 4,000 to account for oversampling of rural areas. Then he assumed half of the deaths were concealed, so he doubled it to 8,000 and concluded it was no more than 10,000.

Five years earlier, Taussig estimated 15,000 deaths. Suffice it to say, nationwide data on deaths related to abortions prior to the passage of Roe v. Wade in 1973 is lacking, and consists, by and large, of informed guesses rather than hard numbers.

Curbing Abortions Through Access to Contraceptives and Reproductive Health Education

Access to contraception and attitudes toward their use have also changed since the 1970s, after the popular birth-control pill was approved by the U.S. Food and Drug Administration (FDA) the decade prior. In 2018, Guttmacher Institute reported that 65% of U.S. women between the ages of 18 and 49 were using a contraceptive method — a steady percentage since 2002 — and nearly all sexually active women (99%) have used at least one contraceptive method as of 2008. Those rates do change with age. For example, just over one-third of women between 15 and 19 use contraceptives compared with nearly three-quarters of those between 40 and 49, according to the CDC. By comparison, a 1982 CDC report found that 63% of married couples were using contraception in 1965, compared with 68% in 1976. Many surveys at the time excluded unmarried women in collecting data on contraceptives, so it is likely that the rate at which single women were using contraceptives at the time was lower.

Attitudes about birth control and its use have shifted since the passage of Roe v. Wade, as well. A study published in a 1988 issue of the peer-reviewed journal Family Planning Perspectives found that between 1982 and 1987, favorable opinion of "the pill" increased steadily among American women, from 65 to 75 percent, and favorable opinion of the condom rose from 38 to 60 percent. Such increases are due, in part, to concerns over high levels of unintended pregnancy and abortion rates, as well as the rising incidence of sexually transmitted diseases, like AIDS.

Nonetheless, better access to contraceptives and reproductive-health education decreases the rate of pregnancies, thereby also decreasing the rate of abortions and abortion-related deaths. A 2019 report published by the Guttmacher Institute found the U.S. abortion rate dropped to 13.5 abortions per 1,000 women aged 15 to 44 in 2017, the lowest rate recorded since abortion was legalized in 1973. In short, while it is true that deaths connected with abortions have declined in recent decades, it is difficult to pinpoint one specific cause. Another report by the Guttmacher Institute found that in 2019, the U.S. abortion rate continued to decline and appeared to be related to an overall decline in births and pregnancies: The number of abortions declined 19%, the rate at which women were having abortions fell by 20%, and the ratio of abortions to births also fell by 13% .

Since the 1970s, the U.S. birth rate has also decreased as people simply waited longer to get pregnant and chose to have smaller families. A report by the Population Reference Bureau published in 2021 found that between 2007 and 2020, the total fertility rate in the U.S. declined from 2.12 to 1.64, a drop that may signal a longer-term drop in fertility based on social factors, like the postponement of marriage and childbearing to older ages and increases in women’s educational attainment and participation in the labor force.

Experts have also credited declines due to the fact that abortion providers are now better able to provide adequate care and prevent infections. American physician Mary Calderone wrote in 1959 that abortion was “no longer a dangerous procedure,” crediting declines in deaths to antibiotics and that 9-in-10 abortions were done by trained medical experts.

Today, more than 90% of abortions are performed within the first 13 weeks of pregnancy — an important factor given that the risk of death associated with abortion increases with the length of pregnancy.

Too Many Variables to Conclusively Pinpoint a Cause

In summary, the incidence of deaths related to abortion is influenced by many factors, including access to health care services and contraception, availability of abortion providers, state regulations and laws, and changes in the economy that may influence family-planning decisions. While the Roe v. Wade decision reduced stigmas and increased access to abortion, it is inaccurate to solely credit that decision alone with a reduction in abortion-related deaths in the U.S.

“As Roe v. Wade Comes Into Question, Snopes Looks Back at Decades of Abortion Coverage.” Snopes.Com, https://www.snopes.com/collections/roe-v-wade-abortion-collection/. Accessed 13 May 2022.

“Contraceptive Use in the United States by Demographics.” Guttmacher Institute, 22 Jan. 2020, https://www.guttmacher.org/fact-sheet/contraceptive-use-united-states.