Roe v. Wade Overturned: What's Next for US, Supreme Court

Now that the landmark abortion ruling has been overturned, expect a patchwork of state laws governing legal abortion. 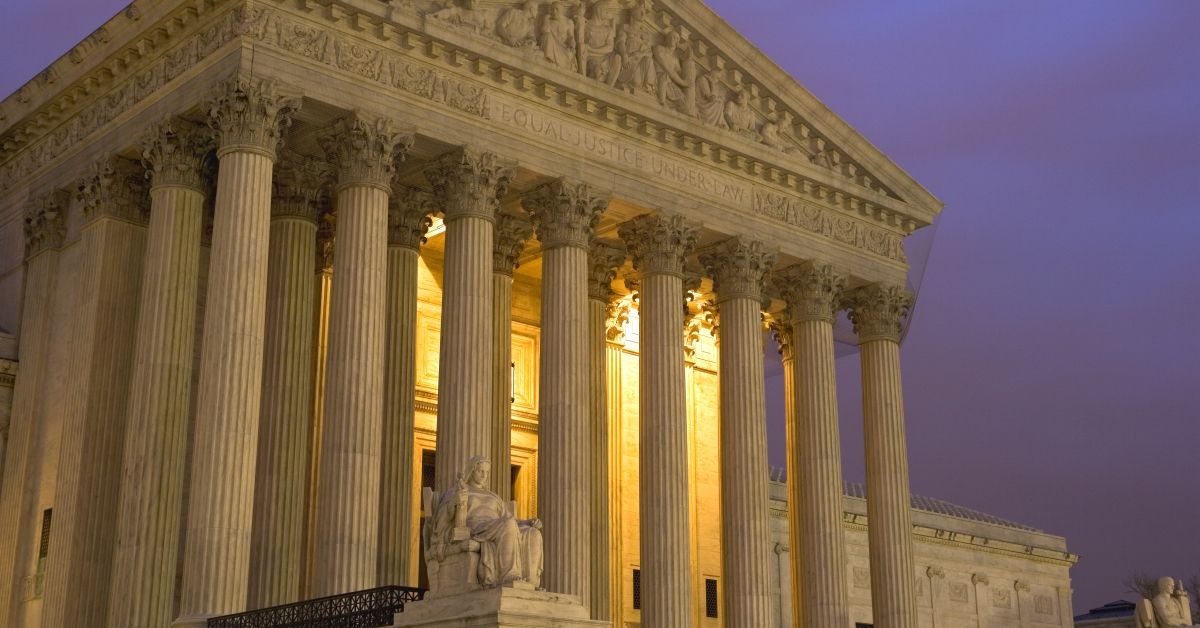 On June 24, 2022, the U.S. Supreme Court officially struck down Roe v Wade and Planned Parenthood v Casey, and the federal abortion protections that had come with them.

The following analysis was originally published in May 2022, after a draft of Justice Samuel Alito's majority opinion, striking down Roe v Wade, was leaked.

First came the leak. Then came the outrage or celebrations. But what’s next in terms of lawmaking, or court proceedings, now that the world knows the U.S. Supreme Court has provisionally voted to overturn the landmark abortion ruling of Roe v. Wade?

If, or when, the high court finalizes its ruling on the case and does indeed vote to strike down the nationwide right to legal abortion, that decision would represent a crushing blow to abortion rights in the United States, and the realization of a 50-year dream for millions of socially conservative Americans.

Where for half a century Roe stood as a clear federal mandate providing relative certainty and simplicity as to the legal status of abortion across the U.S., its overruling threatens to leave behind a legal vacuum, and with that, the potential for chaos. For example, if the court overturns Roe, abortion would not automatically become illegal under federal law, but it would in certain states.

Below, we have outlined the likely and possible next steps in the fragmentation of abortion's legal status nationwide, and in the states.

Why Exactly Is Roe Important?

With Roe in 1973, the Supreme Court ruled that the U.S. Constitution, specifically the "due process" clause of the 14th Amendment, recognized an individual's right to privacy, and that this included the right to an abortion. This right was fundamental, but not absolute, meaning the state could regulate it, but only on limited grounds, for example in order to protect the "potentiality of human life."

Over the next several decades, the court reaffirmed its key findings from Roe, and occasionally refined the conditions and parameters of its stance towards abortion rights and connected legal issues.

Historically, both before and since Roe, criminal law has typically regulated abortion in the U.S., meaning that disputes and controversies have arisen at the state level. (More on that idea below.)

However, federal officials have occasionally also made efforts to restrict abortion access or regulate ancillary controversies; for example, those involving public funding for abortions. The most prominent example is probably the Partial-Birth Abortion Ban Act, which the U.S. House of Representatives and Senate passed and then-President George W. Bush signed into law in 2003. It prohibits an extremely rare form of late-term abortion called "intact dilation and evacuation."

What Could Happen in Federal Law if Roe is Overturned?

In the absence of Roe, there are in principle three ways in which the other two branches of the federal government — Congress and the Executive Branch — might take action.

A Federal Law to Legalize Abortion

During the era of Roe, Congressional Democrats have repeatedly attempted to pass a bill known as the Freedom of Choice Act, which would essentially codify, or enshrine in federal law, the abortion protections provided by Roe. That policy package intended, in part, to protect abortion access in states with anti-abortion majorities. Bills were introduced in 1989, 1993, 2004, and 2007, but none was passed.

As recently as September 2021, the Democratic-majority House passed the Women's Health Protection Act — legislation intended to effectively enshrine abortion access and abortion rights in federal law, and to fend off state-level efforts to chip away at them.

That bill failed in the Senate, and an updated version of it — one hastily reintroduced by U.S. Sen. Richard Blumenthal, D-Connecticut, after the leak of the Supreme Court draft opinion — seemed destined to meet the same fate, as of this writing. However, it could pass the chamber on the chance that Senate Democrats could persuade their centrist colleagues, Sen. Joe Manchin, of West Virginia, and Sen. Kyrsten Sinema, of Arizona, to end a filibuster, and make only a simple majority necessary to pass the legislation.

The bill also includes conscience protections, and might have broader appeal than the Democratic alternative, but almost certainly not broad enough to surpass the 60-vote filibuster threshold.

A Federal Law To Ban/Restrict Abortion

In anticipation of the end of Roe, GOP lawmakers and anti-abortion activists are reportedly planning federal legislation to either completely ban, or massively restrict, the practice of abortion in the United States.

In the absence of Roe, GOP lawmakers could seek to replicate recent laws from states such as Texas, Oklahoma, and Mississippi, the latter of which prompted the Dobbs case that gave rise to the leaked Supreme Court majority opinion. Those bills linked their restrictions on who can, and cannot, legally seek abortions to factors including gestational age or milestones of fetal viability such as the presence of a heartbeat.

Alternatively, Congressional Republicans might seek to push for a total ban on abortion in federal law. So far, Republican leaders have remained relatively quiet on the prospect of totally banning abortion via federal law.

That said, Senate Minority Leader Mitch McConnell has acknowledged that, in principle, a Republican party with Congressional majorities would have the ability, and perhaps the inclination, to seek to ban abortion outright. However, he has also said he would not countenance removing the filibuster in order to achieve any such aim.

So regardless of which party controls the House of Representatives following the 2020 midterm elections, it appears a 60-vote threshold in the Senate will continue to be a prerequisite for any major, sweeping legislation on abortion at the federal level. That appears out of reach for both parties, so both parties are probably most likely to focus their short-term efforts on the states.

During the 1970s and 1980s, Congressional Republicans occasionally tried to overrule, or evade, the consequences of Roe, by introducing a constitutional amendment that would either explicitly prohibit abortion, or explicitly stipulate that the Constitution does not guarantee abortion rights — thereby effectively giving the states the primary say in determining the legal status of abortion throughout the U.S.

With Roe gone, Republicans or Democrats could in principle seek to fill that constitutional gap by inserting an explicit pronouncement on abortion rights, either destroying or protecting them.

Abortion in the Laws of States

In the absence of Roe, each state will have the authority to substantially determine the legal status of abortion within that territory.

While at the federal level neither party is soon likely to reach the majorities required to pass substantial abortion laws, legislatures in the vast majority of individual states are clearly controlled by one party of the other.

This means, pending the Supreme Court’s ruling, we should expect a flurry of law-making across the country in the next 12 months, and a patchwork of legislation — in some cases firmly enshrining the legality of abortion, in others completely banning it, and in some cases somewhere in between. Here's what's in store:

As part of anti-abortion activists’ efforts to restrict or eliminate abortion in the U.S., 13 states have already passed so-called "trigger laws," which automatically ban or restrict abortions in the event that the Supreme Court overturns Roe. The following are the states in which abortion would automatically, and in some cases immediately, become illegal.

According to the anti-abortion group the National Right to Life Committee (NRLC), in addition to the 13 "trigger law" states, the overturning of Roe would effectively automatically render abortion illegal in an additional five states — Alabama, Arizona, Michigan, West Virginia, and Wisconsin. This is because those states had pre-Roe abortion bans that were never repealed, even though Roe meant they were unenforced for 50 years.

A Patchwork of State Laws and Constitutions

As well as trigger laws and pre-Roe legislation, the legal status of abortion throughout the states will be determined by either new state laws, explicit sections of state constitutions, or existing state court precedents about state constitutions.

As well as those states in which the demise of Roe will automatically trigger abortion bans, legislation can be expected in dozens of others. The country can prepare for abortion legalization in Democratic-majority statehouses, and new abortion bans in GOP-ruled statehouses.

The abortion-rights Guttmacher Institute, for example, has identified 22 states that are certain (either through trigger laws or pre-Roe legislation) to ban abortion, and four — Florida, Indiana, Montana, Nebraska — where such bans are likely.

By contrast, the anti-abortion NRLC warns its supporters that, in the absence of Roe, "Twenty-three states would allow abortion either through legislatively-enacted statute or court ruling interpreting the state constitution to convey the right to abortion."

Stieb, Matt. ‘A Running List of Theories About the Supreme Court Leaker’. Intelligencer, 8 May 2022, https://nymag.com/intelligencer/2022/05/who-leaked-the-supreme-court-draft-overturning-roe-v-wade.html.