One user in the pro-Trump Facebook group commented, "We've been too reasonable for too long. You see where that got us." 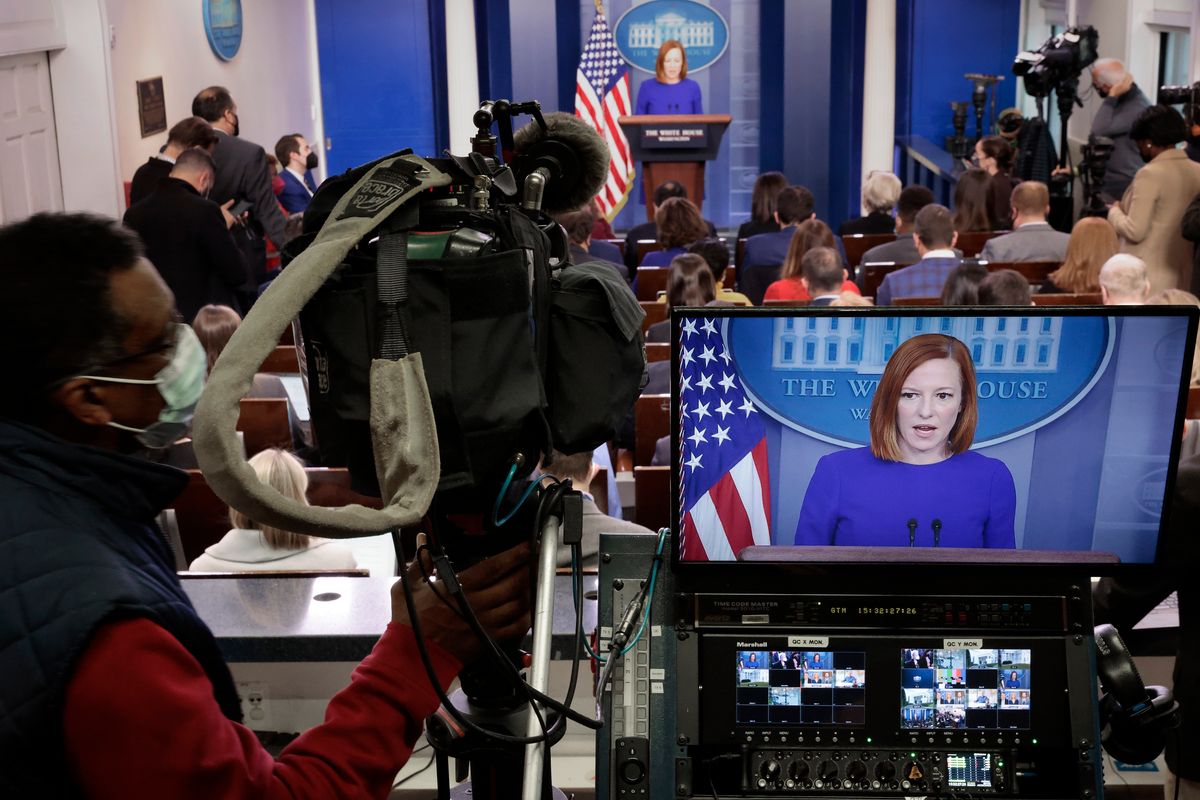 On May 6, 2022, a Facebook user named Chris posted, "Searching for Jen Psaki address." The post was made in a private group named Let’s Go Brandon #FJB. Psaki is the outgoing White House press secretary for U.S. President Joe Biden's administration.

The popular discussion was engaged with hundreds of times by some of the group's 180,000 members. Users posted comments underneath it, including what they believed to be Psaki's home address.

In a comment under his own post, the same user named Chris commented, "#doxxPsaki," referring to doxxing. Another user named Tracy also said, "She needs to be doxxed and protested too." Doxxing is defined by Merriam-Webster as "publicly identifying or publishing private information about someone especially as a form of punishment or revenge."

Another user responded to the post, cautioning Chris with, "Careful… the jackboots will show up at your door," referring to authorities. Chris responded, "Don’t care. It’s time we employ equal tactics. Being restrained adults doesn’t win these fights."

Another user named Elizabeth commented on the post that asked for Psaki's address, saying, "Sounds fair to me. They want to hurt or scare people's kids [and] families! THEY HAVE FAMILIES, KIDS, [and] FRIENDS, RIGHT!" She also said, "We've been too reasonable for too long. You see where that got us, right?" The apparent reason behind creating the post that asked for the street address stemmed from Psaki's response to several protests that had taken place in front of the homes of conservative U.S. Supreme Court justices. The protests were sparked by the unauthorized leak of a draft opinion from the high court. The draft was on the subject of overturning the 1973 case Roe v. Wade, which legalized abortion nationwide.

On the afternoon of May 10, we contacted Meta, the company that owns Facebook, to ask about the matter. We also inquired with the White House. Meta responded to us and said that the post violated its Community Standards. We did not hear back from the White House.

On May 11, one of the group's admins made a new post to show screenshots of the Community Standards notice to its members. According to one screenshot, Meta had removed the violating Facebook post within hours after our May 10 email. "A group admin approved a post that goes against our Community Standards on privacy violations and image privacy rights," one of the screenshots read. This meant that the post asking for Psaki's home address had been approved by an admin before it appeared to other group members on May 6. Minutes after the admin posted the notice about the Community Standards violation, a group member commented in apparent defiance, yet again posting what he or she believed to be Psaki's home address. "Oops, I didn't mean to hit the send button," the user said.