Ed Balls Day Is Upon Us! Here Are the 8 Strangest Online Political Gaffes 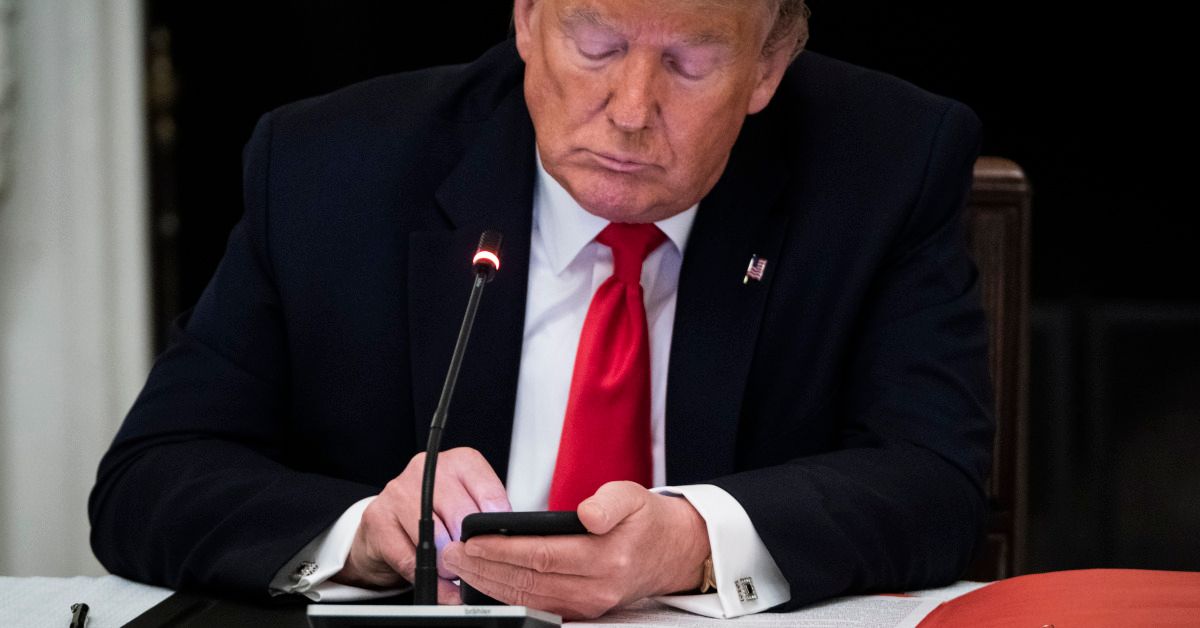 April 28 is "Ed Balls Day" — a weird and wonderful unofficial holiday for political nerds with a sense of humor. That was the date, back in 2011, when the prominent English Labour MP Ed Balls published a tweet that consisted entirely of the words "Ed Balls." (He didn't know how Twitter worked and started by simply typing his name in the tweet field.) Eleven years on, and no longer active in politics, Balls still hasn't deleted the tweet, whose deadpan absurdity continues to delight and bemuse successive generations.

In that spirit, we've compiled the following list of eight laughable political gaffes that played out on social media. Some are bizarre and inexplicable, others are seriously embarrassing, and they're presented here in no particular order. Happy Ed Balls Day!

The original online political cock-up and, arguably, the greatest of them all. On April 28, 2011, one of Balls' political staffers reportedly recommended he search for his own name on Twitter, in order to check out what the great British public was saying about him. Balls, who was then shadow chancellor and one of the most prominent figures in the center-left Labour opposition, made the mistake of typing his own name into a new tweet, rather than the search field. The rest is history. There have been pretenders and imitations. In 2013, an Irish politician mystified observers by tweeting simply, "Eoin, did u collect the eggs?" at no one in particular, and U.S. Sen. Patrick Leahy's full-on, gloriously unapologetic profile picture in 2018 constitutes a kind of visual companion to the "Ed Balls" tweet: However, what sets "Ed Balls" apart from the others is its sheer longevity and the way Balls himself has fully embraced the episode as part of his public persona: When he lost his parliamentary seat in 2015, Balls withdrew from electoral politics and his Twitter handle, which had been @edballsmp, now read simply @edballs. So the fateful tweet actually looks better and better as it ages:

2. AOC and the 'Older Male' Republican

In April 2019, Republicans in Kentucky took aim at John Yarmuth, then a seven-term Democratic congressman, by showing him smiling and standing next to a cardboard cutout of U.S. Rep. Alexandria Ocasio-Cortez, a progressive New York congresswoman and favorite conservative target of abuse: Ocasio-Cortez, widely known by her initials AOC, hit back, claiming in a tweet that the Kentucky GOP had decided to "pose [their] older male members next to cardboard cutouts of young female legislators": AOC had mistaken her own fellow Democrat congress member for a Republican, prompting a swift deletion of the tweet, but (presumably) long-lasting embarrassment. The response was swift, and Cruz's apparent endorsement of the movie in question caused it to enjoy a surge in popularity online. The senator insisted that the episode was "inadvertent," "a mistake," and "a staffing issue." Oh well. In 2019, a news conference held by politicians in the Pakistan Tehreek-e-Insaf party (PTI) captured headlines around the world after the cat filter was inadvertently left on a Facebook live stream. As the BBC reported:

A Pakistani politician's live-streamed press conference descended into farce when a cat filter was switched on by mistake. Shaukat Yousafzai was briefing journalists last Friday when the setting was accidentally turned on. Facebook users watching the video live commented on the gaffe, but Mr Yousafzai carried on unaware of his feline features.

He later said it was a "mistake" that should not be taken "so seriously". As Mr Yousafzai spoke, the comical filter superimposed pink ears and whiskers on his face, and that of other officials sitting beside him.

5. What Did Chris Dodd Do to Deserve This?

Back in November 2010, the long-serving Democratic Sen. Chris Dodd, of Connecticut, posted what appeared to be a mysterious, even distressing, personal message: "U love torturing me with this shit": The subject matter or intended recipient? Your guess is as good as ours. The sweary statement was quickly deleted, and Dodd's staff later insisted the message wasn't even written by the senator, and certainly wasn't intended for tweeting.

6. The Flags of Rochester

In November 2014, English MP Emily Thornberry was out and about in the town of Rochester in Kent, near London, canvassing on behalf of a Labour party colleague who was running for election in the parliamentary constituency of Rochester and Strood.

While on her travels, Thornberry tweeted out a picture of what appeared to be a modest house with a functional-looking white van parked out front, and three flags flying from the façade: two St. George's Crosses (the national flag of England); and another with the crest of West Ham United football club of the Premier League. Her caption stated simply "Image from Rochester": For a message that contained so little actual text, Thornberry's tweet said a lot, in the eyes of many observers. In recent years, the Saint George's Cross and the flag of England have at times taken on quite specific nationalist, populist, even xenophobic connotations, which make their public display a culturally complicated proposition, in the perception of some. As the left-wing columnist Owen Jones wrote:

For many non-white people – including working class people on council estates – the St George’s cross is dripping with whiteness in every sense. To a sizeable proportion of the population, flaunting the flag sometimes seems territorial and exclusive, perhaps even intimidating.

The Rochester doorstep immortalized in Thornberry's tweet was replete with even more symbolism, given that it also featured a white van, a symbol associated with the derogatory stereotype of "White van man" — often presented as an unsophisticated and politically crude working class man, typically engaged in trades like plumbing or construction.

In other words, the message in Thornberry's tweet, according to many, was one of snobbish distain for the working class people of England, who had historically been reliable Labour voters, but increasingly turned to populist candidates from the Conservative party or even far-right populists in the UK Independence Party (UKIP).

I came across a house that was covered absolutely from the roof all the way down to the ground with England flags – they couldn’t even see out of the window. It was an amazing image, so I took a photograph of it and I put it on Twitter.

However, the damage had already been done, and by the end of the day on Nov. 20, 2014, Thornberry had been forced to resign from her position as shadow attorney general in the Labour opposition.

These are less gaffes than they are examples of an odd, and oddly endearing, personal style of speech by the octogenarian GOP senator from Iowa. The story begins in October 2012. Grassley tweets: "Fred and I hit a deer on hiway 136 south of Dyersville. After I pulled fender rubbing on tire we continued to farm." And then, the immortal words: "Assume deer dead."

The epilogue to this American Gothic novella came eight years later, in September 2020. Grassley, by now a major figure in the Republican party, chair of the finance committee, president pro tempore of the senate and third in the presidential line of succession, tweeted:

How did Grassley know the pigeon had met its demise, but was forced to "assume deer dead"? Simple. "I assumed deer dead bc it was night and no carcas [sic]," he wrote. "But in case of this pidgin i could actually pick up bird. No life whatsoever." A masterpiece of the genre, and the only entry on this list that can rival "Ed Balls," especially when it comes to cultural impact. Back in the mists of time, in May 2017, when former U.S. President Donald Trump still had his social media accounts, he tweeted:

Despite the constant negative press covfefe

Trump deleted the tweet, but "covfefe" became a viral sensation, and the subject of endless speculation, intrigue, mockery and even serious academic discussion.

Just as Balls' decision to "play along" with the "Ed Balls" phenomenon has enhanced it and extended its longevity, Trump's bizarre refusal to admit he made a simple mistake — he clearly fumbled while typing the word "coverage" — has only fueled the legend of covfefe.

In 2021, for example, Pakistan's President Arif Alvi had his own "covfefe moment" when his Twitter account published a series of incoherent tweets consisting of "M", "U",""MUM MMU" and "C." His spokesperson immediately explained that the buttons on Alvi's phone had been hit by accident while he was out exercising.

By contrast, Trump and his spokespersons have consistently failed or refused to cop to a simple typo, and have played up the notion of some mysterious hidden meaning behind the tweet. In the absence of an official recognition of the blindingly obvious explanation, the legend of covfefe looks set to live on.