The Internet Was All Candy Bar Dick Jokes for a Day

If you've never thought of the chocolate drizzle on Snickers bars as a "dick vein" before, well, now you will. Forever. 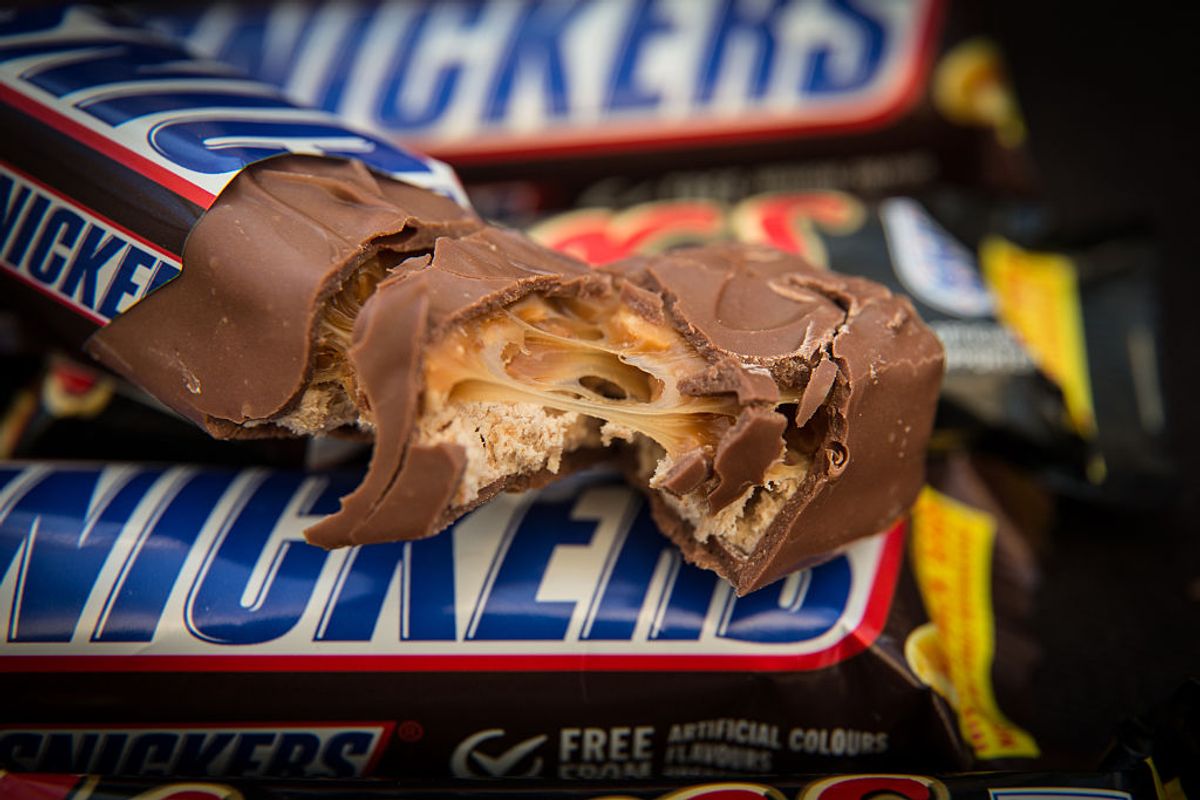 You may not have wanted to see a "dick vein" when you unwrapped your next Snickers bar, but, strangely, you are probably going to see one now. Thanks, internet.

In April 2022, a rumor went viral that Mars, Inc., the candy company that makes Snickers, had removed the "dick vein" from the candy bar, caving to a "woke mob." Thus, anyone living in a state of blissful ignorance to the "vein" had their innocence shattered.

Snopes' own Dan Evon debunked the viral rumor, noting that the "dick vein" has been an online joke about the candy bar since at least 2009. Nevertheless, a social media user took advantage of that fact by posting a viral image of a freakishly smooth-looking Snickers bar. Soon the internet brought forth a fake news article reporting woke mobs had forced Mars Inc.'s hand in smoothing it out (dick joke unintended but honestly difficult to avoid there).

The affair led to a day of candy bar-related dick jokes on social media, with none other than the official Snickers brand Twitter account going into carpe diem mode and leading the way:

Snickers' involvement as a sort of ringleader in the day of mischievous jokes led to its own subset of jokes:

Some of the jokes got political, for example poking fun at legislation against the alleged teaching of "critical race theory" in Florida public schools:

Not letting the moment pass them by, other brands' official Twitter accounts jumped in, but perhaps none with as much commitment as another Mars candy bar, Twix. We didn't expect to see the day that candy bar brands started flirting with each other, but here we are.