Reports grow of a Russian offensive underway in eastern Ukraine. 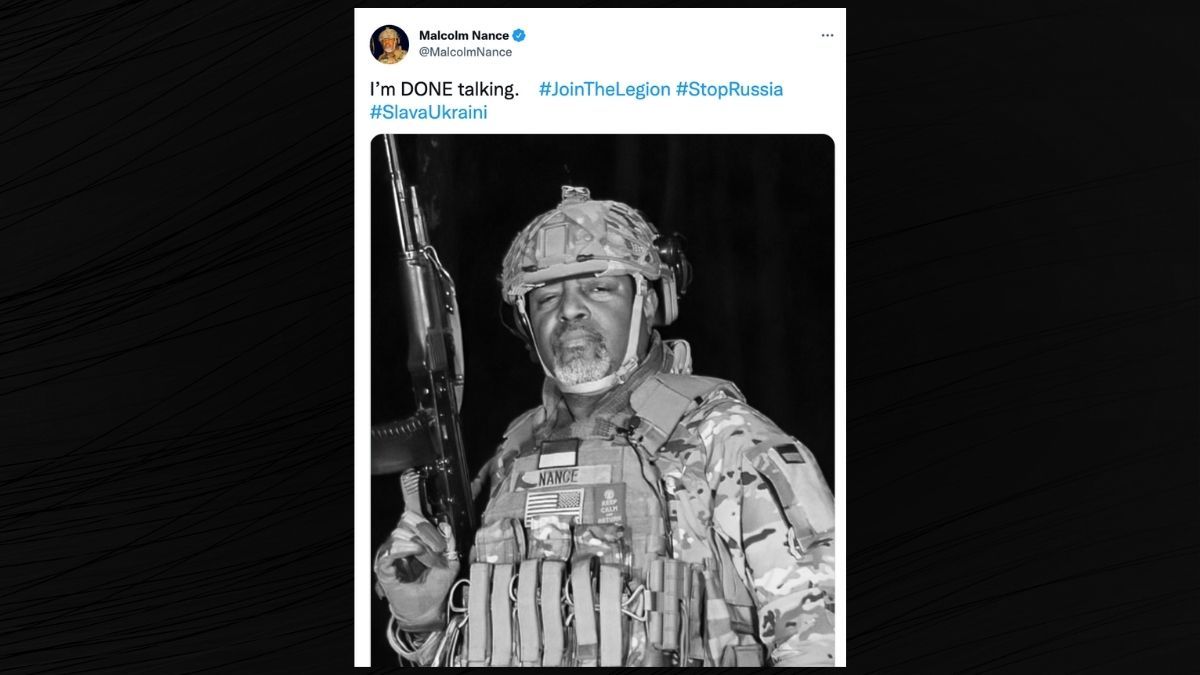 Malcolm Nance, a former MSNBC analyst, said he has taken up arms against Russia in Ukraine as part of a legion of foreign fighters. The former naval officer and counterterrorism expert told this to MSNBC anchor Joy Reid in mid-April 2022, while clad in military fatigues, armed with a rifle, and speaking from a secure location in Lviv.

MSNBC tweeted about his affiliation with the network, correcting an earlier claim that he was still an analyst with them.

Nance said he joined the fight after his friends in the Ukrainian army told him they were overwhelmed by the Russian assault and would not survive the night. “The more I saw of the war going on, the more I thought, ‘I’m done talking, all right? It’s time to take action here.’ I am here to help this country fight what essentially is a war of extermination,” he said.

He also tweeted a photograph of himself reiterating his message:

According to his author biography on Simon and Schuster’s website:

Malcolm Nance is a globally recognized counterterrorism expert and Intelligence Community member who has been deployed to intelligence operations in the Balkans, Middle East, and sub-Saharan Africa. He is the author of The Plot to Hack America, Hacking Isis, and New York Times bestseller Defeating Isis. He appears regularly on MSNBC. Nance lives in Philadelphia, Pennsylvania.

Thousands of foreign nationals have volunteered to fight with Ukraine against Russia. Some of them have military training, like Nance, but many are novices. Around 20,000 foreigners expressed interest in joining the ​​International Legion of Territorial Defense of Ukraine, as it is referred to by the Ukrainian government, out of which an estimated 4,000 are Americans.

Nance explained why he joined the fight: “They’re using mass heavy weapons used in combat against civilians [...] They are destroying infrastructure, and then you find they go to the cities and they massacre men, women and children, and that is the fundamental reason everyone is here.”

President Volodymyr Zelenskyy said in mid-April that Russian troops had already begun an offensive in the eastern region of Donbas, though some reporters say that Russians are still laying the groundwork for the offensive.