Were These Actual Mistakes in the 1997 ‘Titanic’ Film?

Decades later, the internet loves to comb through the blockbuster, searching for errors. 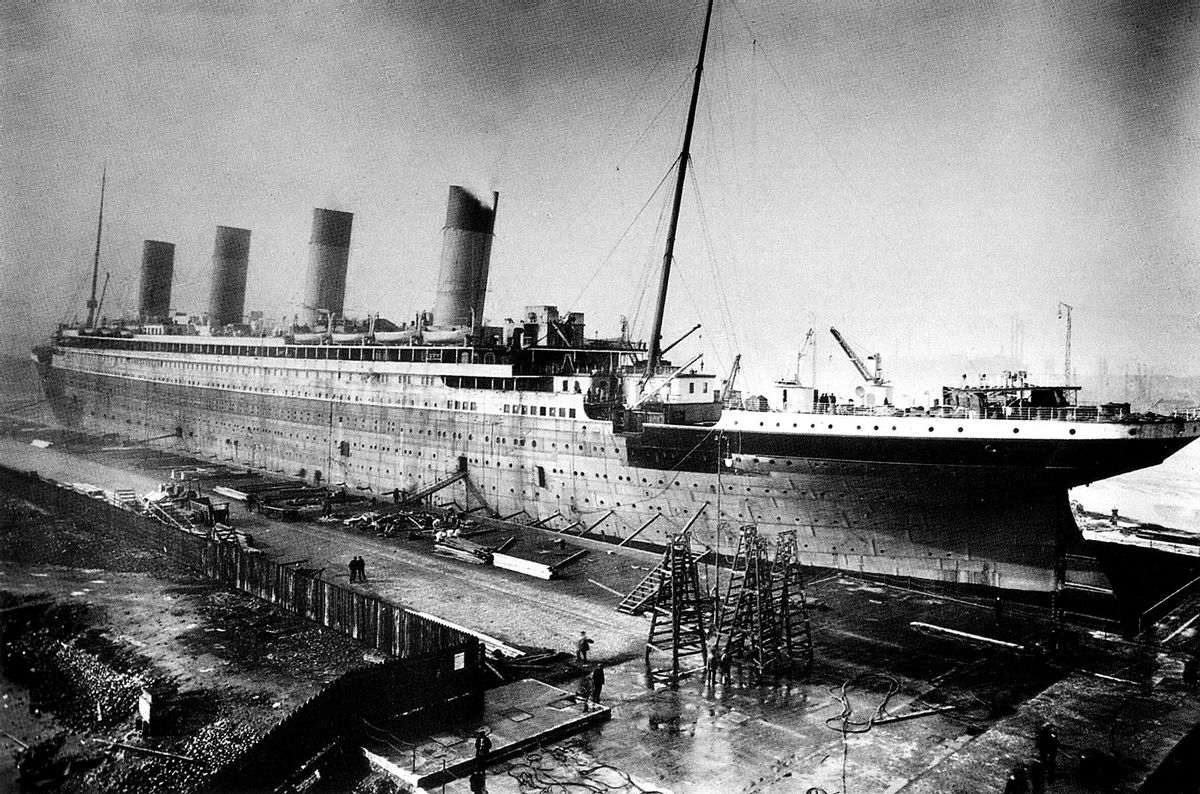 The 1997 movie "Titanic" was widely beloved for its epic romance that made stars out of Kate Winslet and Leonardo DiCaprio, and for the special effects that director James Cameron used in depicting the sinking ship.

The real Titanic sank after hitting an iceberg in April 1912, during its maiden voyage from England, across the Atlantic, to New York City. For decades since the movie’s release, eagle-eyed fans have debated the historical accuracies (and inaccuracies) in the film, coming up with their own analyses, and breaking down each scene.

We have compiled a few popular fan criticisms from Screenrant and BestLifeOnline of the so-called inaccuracies below, and assessed whether such critiques are actually warranted.

CLAIM: In the movie, the lifeboat officers looked for survivors using flashlights—but flashlights didn't exist yet in 1912.

A diagram of the first portable flashlight is available in the patent document, and it was finalized in 1899. Below is an advertisement for the flashlight from 1899, found on Wikimedia Commons: This is the clip from "Titanic" with the flashlights:

In the movie, the crew investigating the sinking of Titanic uncovers an old sketch of Rose — the main character, played by Winslet — that had gone down with the ship in 1912. The aging Rose spots the sketch of herself on television and calls them, kicking off her telling of the story about what she experienced on that fateful journey.

The above claim from Best Life Online is incorrect. First, the main character played by DiCaprio is named Jack, not "Will." In the below clip, taken from the 1997 movie, the date written on the sketch is April 14, 1912. The Titanic hit the iceberg on that very date.

CLAIM: Jack’s cigarettes were 'before their time.'

In the movie, Jack smokes a cigarette on the deck as Rose runs past him, right before she considers jumping off the ship. Many viewers said he was smoking a mass-produced filter cigarette — something that didn't exist in 1912. But without evidence that DiCaprio was actually smoking a filter cigarette, and just smoking a regular cigarette that was available at the time, we've concluded that this claim is unproven.

In 1925, a man named Boris Aivaz in the U.K. began experimenting with filters and applied for a patent to use crepe paper and cellulose to produce cigarette filter tips. They came into wider use in the 1930s. Mass-produced filter cigarettes were produced in the 1950s by a chemist named Claude Teague, who developed a filter that turned “from white to brown, providing, he felt, comfort to smokers who assumed they were seeing dangerous particles kept from their lungs.” The 1950s and 60s saw tobacco companies shifting to designing and researching filtered cigarettes in an attempt to claim these mitigated the health hazards of smoking.

But was Jack actually smoking a filtered cigarette in that scene? It is difficult to tell if the cigarette in question has a filter. We found clips of Jack smoking throughout the movie:

In the scene where he is lying on the bench, it does indeed look like there is a filter in the cigarette, though it is difficult to confirm. However, the cigarettes he smoked in the movie still looked like cigarettes being smoked at the time.

Below are some advertisements from 1910-1912 that feature standard cigarettes, much like the ones being smoked in the film: In the below clips it is difficult to discern the exact details of the $20 notes that Cal sticks in Officer Murdoch’s pockets, and that Murdoch subsequently throws back in Cal's face in another scene. This claim is only partly untrue because while the bills used aren't exact replicas of the 1914 notes, they are also likely historically inaccurate for the time.

The fake notes in the movie, however, were not exact replicas of the real Federal Reserve notes that were printed in 1914 with former President Grover Cleveland’s face printed on them. The border around the “20” is different.

It is correct that the Federal Reserve notes became the dominant paper money in 1914, replacing national bank notes. But the film did not use that exact note, though they used fake money that looked close enough. Insider found all the $20 notes in U.S. history and compiled a list of what they looked like. In 1912, the real notes would have likely been very different from what Cal used in the movie.

CLAIM: First Officer William Murdoch was actually a hero, and not a guy who took bribes and shot another man before turning the gun on himself.

Cameron’s version of First Officer Murdoch actually generated some controversy. In the film (clips featured above), Murdoch is seen accepting a bribe from Cal, throwing the money back in his face soon after, shooting a man in an attempt to control the crowd, and then shooting himself with remorse.

The above claim is true. In reality, Murdoch was considered a hero in his Scottish hometown. Historians described him as having done his best to save passengers, even throwing deck chairs overboard for those in the water to cling to. Scott Neeson, vice president of 20th Century Fox, actually traveled to Murdoch’s town of Dalbeattie to apologize to his then-80-year-old nephew for the way the film portrayed Murdoch. Neeson also wrote a letter to the town’s member of Parliament, acknowledging that they had no evidence that Murdoch had acted the way he was depicted in the movie.

"As a Scotsman myself and one who has spent some of the best days of my life in the heart of Dalbeattie, no one is more interested in putting the record straight about one of its citizens than I am," Neeson wrote.

There are countless other posts “debunking” mistakes, some of which are correct, and others that add more errors to the narrative surrounding the movie 'Titanic.' We will keep adding to this list over time.

"A Filter Made of Tobacco Itself – Kentucky Kings." The Center for the Study of Tobacco and Society. https://csts.ua.edu/tobacco-filter/. Accessed 14 Apr. 2022.

“Titanic: 5 Historical Inaccuracies In The Movie (& 5 Things It Got Right).” ScreenRant, 19 Mar. 2020, https://screenrant.com/titanic-james-cameron-historial-inaccuracies-right/. Accessed on 14 Apr. 2022.