Revelations about offshore financial dealings of the Ukrainian president emerged in October 2021, but we haven't seen evidence of a lavish Florida residence. 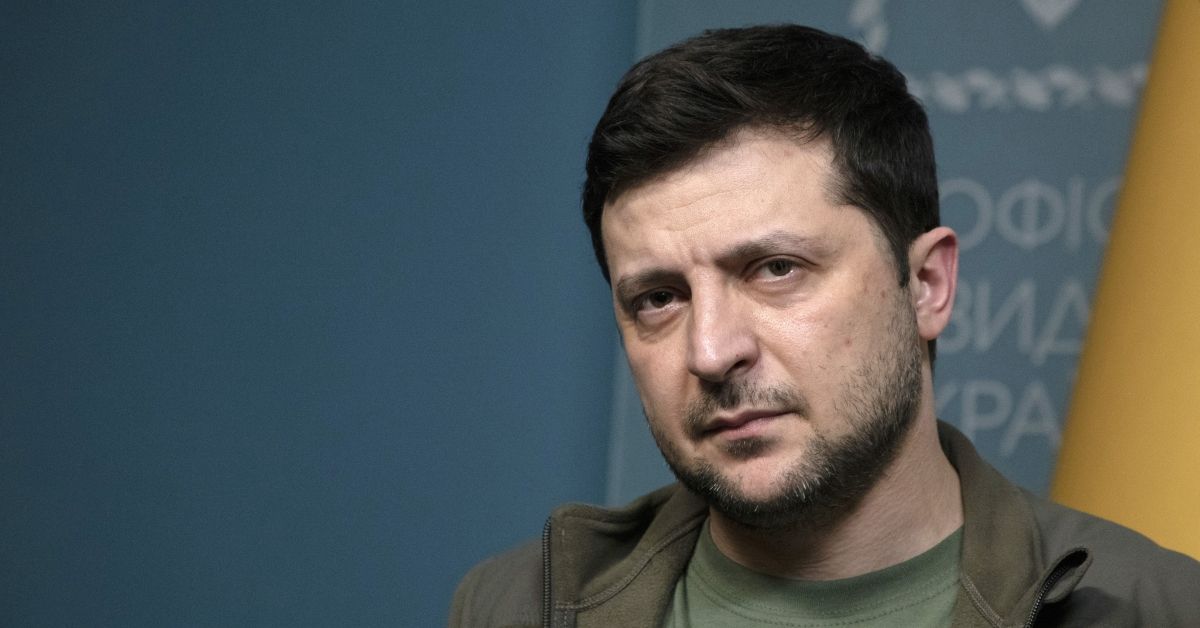 In the weeks after Russia invaded Ukraine on Feb. 24, 2022, some social media users shared posts and stories alleging that Ukrainian President Volodymyr Zelenskyy owned a (roughly) $35 million home in Florida.

The posts were shared in a disparaging manner as Zelenskyy has become the face of fierce Ukrainian resistance against the Russian onslaught.

For example, the conspiratorial website "shtf" (its domain is registered in the tiny Polynesian island country of Tuvalu) ran a headline in March 2022 stating, "Zelensky found a billion dollars and a villa in Miami."

The website cites Ilya Kiva, a Ukrainian legislator stripped of his lawmaking status by the Ukrainian Parliament for parroting Russian propaganda talking points. The site reported that Kiva accused Zelenskyy of having accumulated $1.2 billion in offshore accounts during his presidency and managing to "buy a villa in Miami for $34 million, as well as several sets of jewelry for $5.6 million."

We were unable to find any information corroborating this accusation, and as we noted, when the above accusation was made, Ukraine was in the midst of a war with Russia. Zelenskyy emerged as something of an international hero after a display of courage, staying and leading from Kyiv even after being made aware that Russian assassins sought to kill him.

In October 2021, Zelenskyy's financial dealings did appear in a tranche of documents leaked as part of the so-called "Pandora Papers." The papers consist of nearly 12 million files that were leaked to the International Consortium of Investigative Journalists (ICIJ), sourced from companies that "provide corporate services in offshore jurisdictions," according to the Organized Crime and Corruption Reporting Project (OCCRP).

The batch of files made public in late 2021 revealed some of the secret financial dealings of world leaders and celebrities, including Zelenskyy. The Guardian, which analyzed the files as part of a global investigation, reported in an Oct. 3., 2021, article that Zelenskyy had a previously undisclosed stake in an offshore company that he "appears to have secretly transferred to a friend weeks before winning the presidential vote."

Per The Guardian's analysis:

Before becoming president, Zelenskiy declared some of his private assets. They included cars, property and three of the co-owned offshore companies. One, Film Heritage, which he held jointly with his wife, Olena, a former Kvartal 95 writer, is registered in Belize.

But the Pandora papers show further offshore assets that Zelenskiy appears not to have revealed. Film Heritage had a 25% stake in Davegra, a Cyprus holding company. Davegra in turn owns Maltex Multicapital Corp, a previously unknown entity registered in the tax haven of the British Virgin Islands (BVI). Zelenskiy, the Shefir brothers, and Yakovlev each held a 25% stake in Maltex.

Shortly before Ukrainians began voting in 2019, Zelenskyy quietly gave his stake to Serhiy Shefir, who joined his administration as an adviser.

The revelations were embarrassing for Zelenskyy because he had run for president on an anti-corruption platform. Nevertheless, as of this writing, we have not found any indication that Zelenskyy owns a multi-million dollar property in Florida.

Previous Article
Next Article
Article 4 of 13 in Collection