Was Biden 'Lost' During Obama Visit? 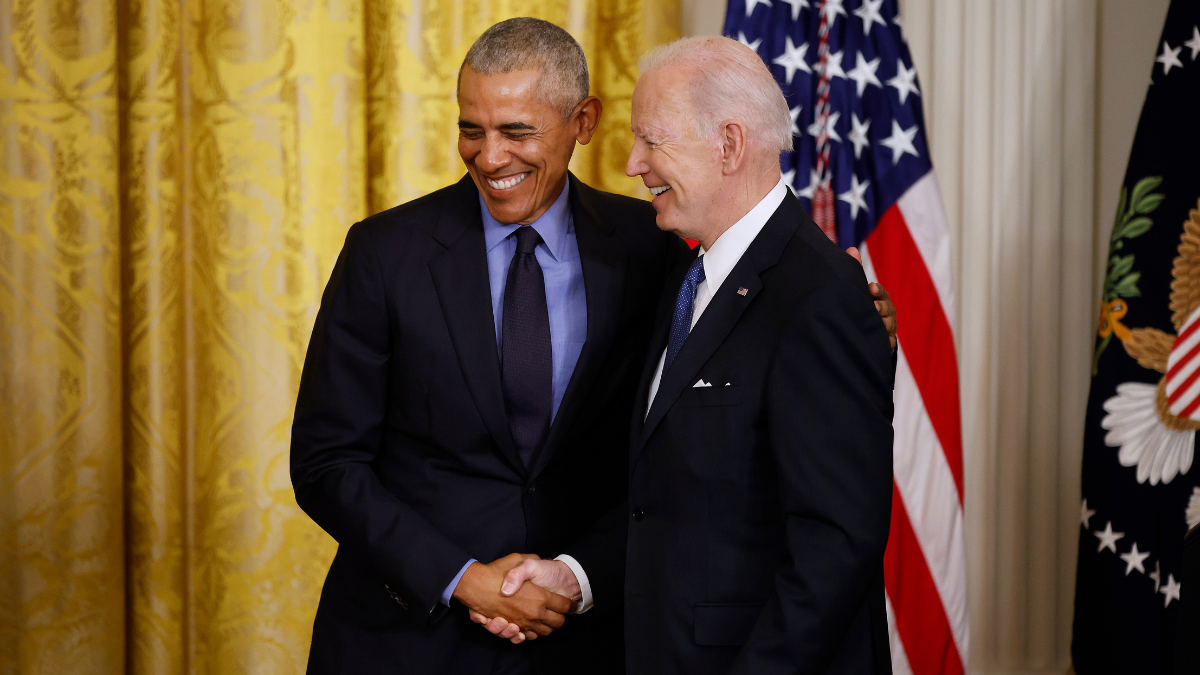 On April 5, 2022, U.S. President Joe Biden welcomed former President Barack Obama to the White House to celebrate one of Obama's signature pieces of legislation, the Affordable Care Act. As Biden and Obama mingled with guests at the White House, two misleadingly edited clips started to circulate on social media that supposedly showed Biden becoming "lost" or "confused" as the crowd paid more attention to his predecessor.

RNC Research, a Twitter account run by the Republican National Committee that promises to expose "the lies, hypocrisy, and failed far-left policies" of Democrats, shared the first clip with the caption "Literally no one wants to talk to Joe Biden." The 13-second clip shows Biden standing by himself as a group of people stand around Obama. However, a slightly longer version of this video shows that Biden wasn't meandering around with no one to talk to. Rather, he was flagging down U.S. Interior Secretary Deb Haaland.

Here's the clip the RNC shared (left) and a longer version of the video (right):

The RNC shared a second misleading clip with the caption "this is so sad." As in the first case, this clip was misleadingly cut short. In the RNC version of the clip, Biden is seen as he attempts to get Obama's attention. The video ends a few moments before Obama turns and greets Biden.

Rolling Stone reported that these misleading clips were repeatedly aired on Fox News:

The clips even made it onto the Fox News primetime slate. “Biden doesn’t know what on earth he’s doing or, at times, where he even is,” Lauran Ingraham (sic) said as she played the first clip. Tucker Carlson played the second, along with a “King Obama” graphic depicting the former president wearing a crown and a menacing scowl. “Make it stop,” Carlson said. “It’s awful.”

Newsmax got in on the action, too. The network on Tuesday ran a “PRESIDENT OBAMA 2.0” graphic along with a bizarre chyron about how Biden and Obama are “beta males.” It also showed the clips, both with similar deceptive edits. “At one point he’s just walking aimlessly through the room,” an on-air commentator said on Wednesday morning. “It’s really sad. He doesn’t know where to go.”

While one may argue that Obama was the star of the show during this White House event, the above-displayed clips were misleadingly cut in a way to make it appear as if Biden was lost or confused during the event.