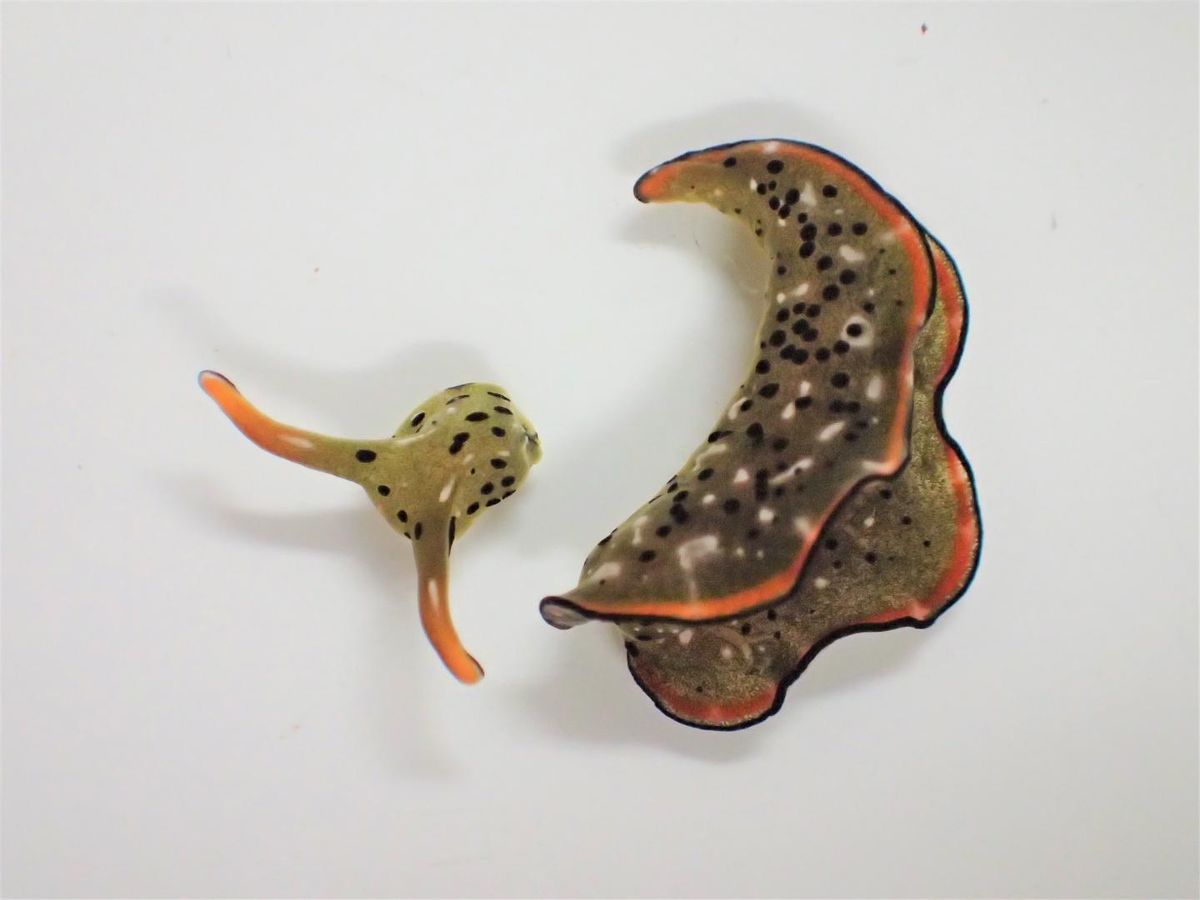 A photosynthetic sea slug has developed a unique evolutionary mechanism to help it get ahead in life, so to speak. Sacoglossan slugs have the ability to quite literally decapitate their own heads from their bodies — heart, internal organs, and all — and live to regrow a new one.

The science itself is not new. Researchers first described the defensive tactic in the peer-reviewed scientific journal Current Biology and its magazine counterpart in March 2021. The video resurfaced a year later when the American Association for the Advancement of Science tweeted an article featuring the self-decapitation.

Sacoglossan slugs were a species of scientific interest before the discovery because of their ability to absorb choloplasts from the algae they eat as a form of body fuel in a process known as kleptoplasty. That’s why two species, Mollusca and Gastropoda, were of particular interest to the Yoichi Yusa lab at Nara Women’s University in Japan. Here, scientists like Sayaka Mitoh grow the kiwi-colored slugs from eggs to better understand their life history.

By chance, Mitoh one day noticed that the head of one of the sea slugs was moving around without its body — an admittedly weird start to any workday.

"We were surprised to see the head moving just after autotomy," said study author Mitoh in a news release at the time. "We thought that it would die soon without a heart and other important organs, but we were surprised again to find that it regenerated the whole body."

So, the then-Ph.D. candidate and Yoichi Yusa set out to test the slug’s relationship with autotomy, or the voluntary shedding of a body part. To do so, they gently tied a fine nylon string around a groove in the slugs’ neck that they determined to be a “breakage plane.” Five of the six slugs tested autotomized at this location — an impressive 80 to 85% of the slugs’ total weight.

Within days, the separation wound at the back of the head healed, and the young slugs began feeding on algae within hours. Regeneration of the body started within a week and within three, they were fully healed.

However, older slugs died within about 10 days, and none of the cast-off bodies were shown to regrow a new head. (That being said, the bodies did move and respond to touch for days, and in some cases several months.)

A number of other animals, like amphibians and lizards, are also known to autotomize appendages or tails. What sets sacoglossan apart is its ability to shed and regenerate its entire body, which also likely included the intestines, kidney, and most of the reproductive organs.

Rather than answers, the sacoglossan’s ability to regenerate brought on more questions. The researchers aren’t entirely sure how the sea slugs are able to regenerate their entire body (though one theory is that there are unique stem cells at the base of the head). Researchers also aren’t exactly sure why they would lob off their body. One explanation could be to rid the body of internal parasites or avoid predators, but the exact prompt for autotomy also isn’t completely understood.

The findings, though, did provide an avenue for future study into the science of regeneration.

"As the shed body is often active for months, we may be able to study the mechanism and functions of kleptoplasty using living organs, tissues, or even cells," Mitoh said. "Such studies are almost completely lacking, as most studies on kleptoplasty in sacoglossans are done either at the genetic or individual levels.

This Sea Slug Cut off Its Own Head—and Lived to Tell the Tale. https://www.science.org/content/article/sea-slug-cut-its-own-head-and-lived-tell-tale. Accessed 25 Mar. 2022.