Watch: Cat Demonstrates Proper Way To Use a Crosswalk

Why did the cat cross the road? To go viral, obviously. 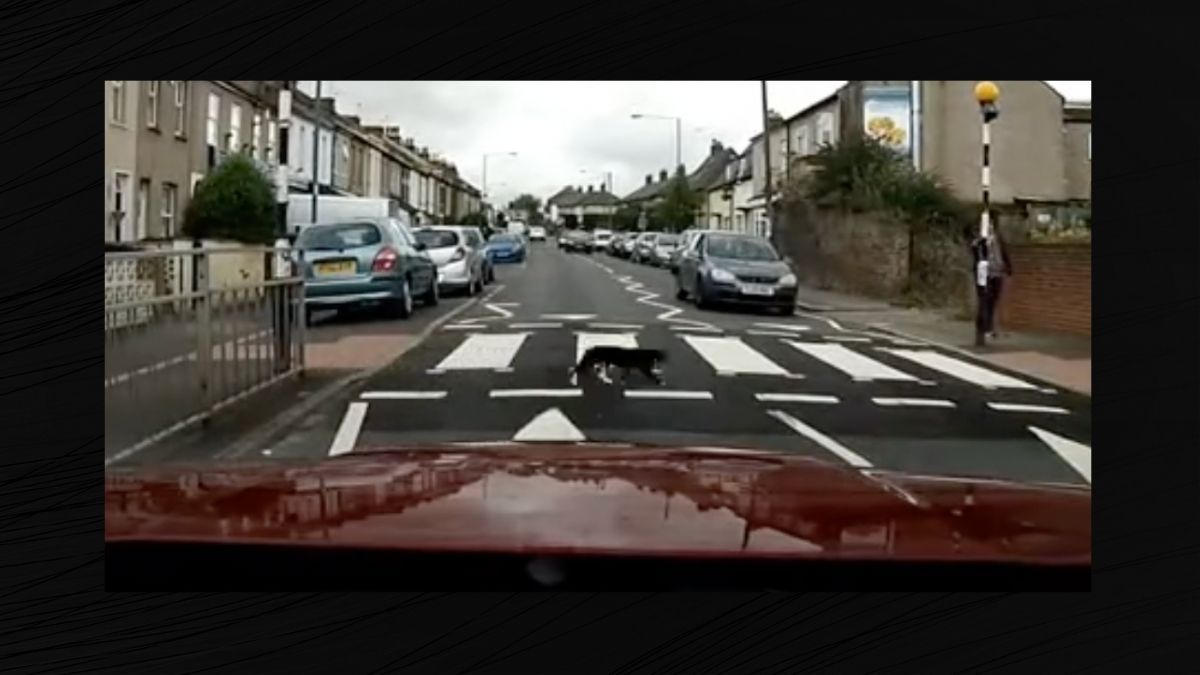 A viral video shows a cat who appeared to safely use a pedestrian crosswalk to navigate across a busy road in the United Kingdom. The video was shot with a dashcam and shows a black-and-white tuxedo cat watch for traffic to stop before proceeding. The driver of the maroon vehicle can be heard laughing and applauding the cat.

The driver whose camera captured the video spoke to the British newspaper the News Shopper in 2016. At the time 44 years old, driver Justin Scrutton said the encounter happened on St. Vincent's Road in Dartford, Kent, on Sept. 4, 2016. Scrutton told the newspaper that the kitty even looked both ways before crossing the road.

“I thought is the cat going to run out? He was looking at me, waiting for me so I slowed down. Both cars stopped and the cat looked both ways, he thought ‘it’s my turn’ and crossed.”

Another dashcam video, also shot in the U.K., shows an orange cat similarly using a crosswalk.