Did a Paris Orphanage Hold a Raffle with Babies as Prizes in 1911? 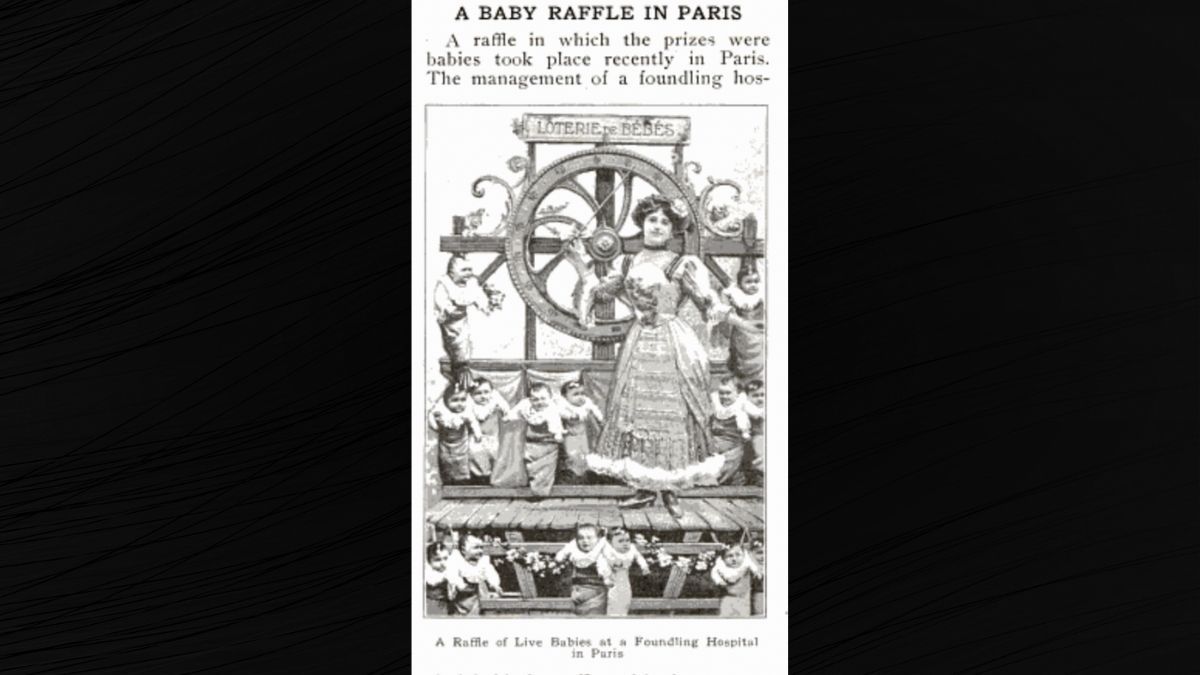 In 19th-century France, newborn children were being abandoned in droves, often left to the mercy of state-run homes. By the early 20th century, child protection laws began to be put in place, but the problem of abandoned children was still alarming.

Which is why an unusual story written up in the January 1912 issue of Popular Mechanics probably didn’t seem so out of the ordinary. The article covered a 1911 event, dubbed “Loterie de Bébés” in French, which involved a raffle of live babies from a foundling hospital in Paris. The news item read:

The management of a foundling hospital held the raffle, with the consent of authorities, as a means of finding homes for a large number of its charges, and to raise money. The proceeds of the raffle were divided among several charitable institutions. An investigation of the winners was made, of course, to determine their desirability as foster parents.

The same report turned up in other newspapers of the time, including the The Brooklyn Daily Eagle in February 1912, and The Record Argus in January 1912. Adoption of children was not legal in France until after 1923, according to this analysis on CAIRN, an academic website:

From 1804 until 1923, only people over fifty years of age (men or women, single, married, widowed or divorced) without legitimate child, that is to say without a child born within marriage, were able to adopt. Only adults were adoptable, whether French or foreign. For the adoption to take place, the adopter must also have been at least fifteen years older than the adoptee, and given him/her during his minority at least six years of relief and continuity of care (or owed his life to an heroic act on the part of the adopted person).

With this in mind, the idea of conducting a raffle to essentially sell a child may not have seemed out of the ordinary to readers of the time.

Jean-François Mignot, a researcher on child adoption at the French National Centre for Scientific Research and the author of the above analysis, told us that the one article from Popular Mechanics is not enough to determine whether such an event actually took place.

“My feeling, however, is that this kind of raffle could very well have happened in 1911 Paris, just like before child adoption was legalized, many children (or more precisely, the parental rights over children) were sold on the market, in late-19th as well as early-20th century Europe and America,” he said.

Ultimately, the event seemed credible to him, given that it was not incompatible with the circumstances in France at the time.

Children were heavily commodified in mid-to-late 19th century France, even in death. According to the book “Pricing the Priceless Child” by Viviana Zelizer, a sociologist and professor at Princeton University:

Anecdotes circulated of mercenary “nourrices” and heartless parents grieving over the recovery of a sick child because it meant the loss of insurance benefits. Indeed, sales booklets popular in both France and Belgium enticed customers quite candidly with the potential profits to be gained from a dying child. One popular pamphlet, for example, included a conversation between two working class fathers with one outdoing the other in marveling how much money they had received from the insurance company after the death of one of their children.

Zelizer was also unable to confirm the occurrence of baby raffles in Paris, but told us over email that "considering the growing market for babies in the U.S. at that time, it is certainly a strong possibility."

Everything we know about the purported raffle of these children exists only in the Popular Mechanics article from 1912, with other articles likely sharing the same report. We tried to find more evidence of such an event actually occurring and reached out to a number of experts. When we hear more we will update this post.