A bridge in the Romanian town of Sighetu Marmației was said to have been turned into a “toy bridge.” 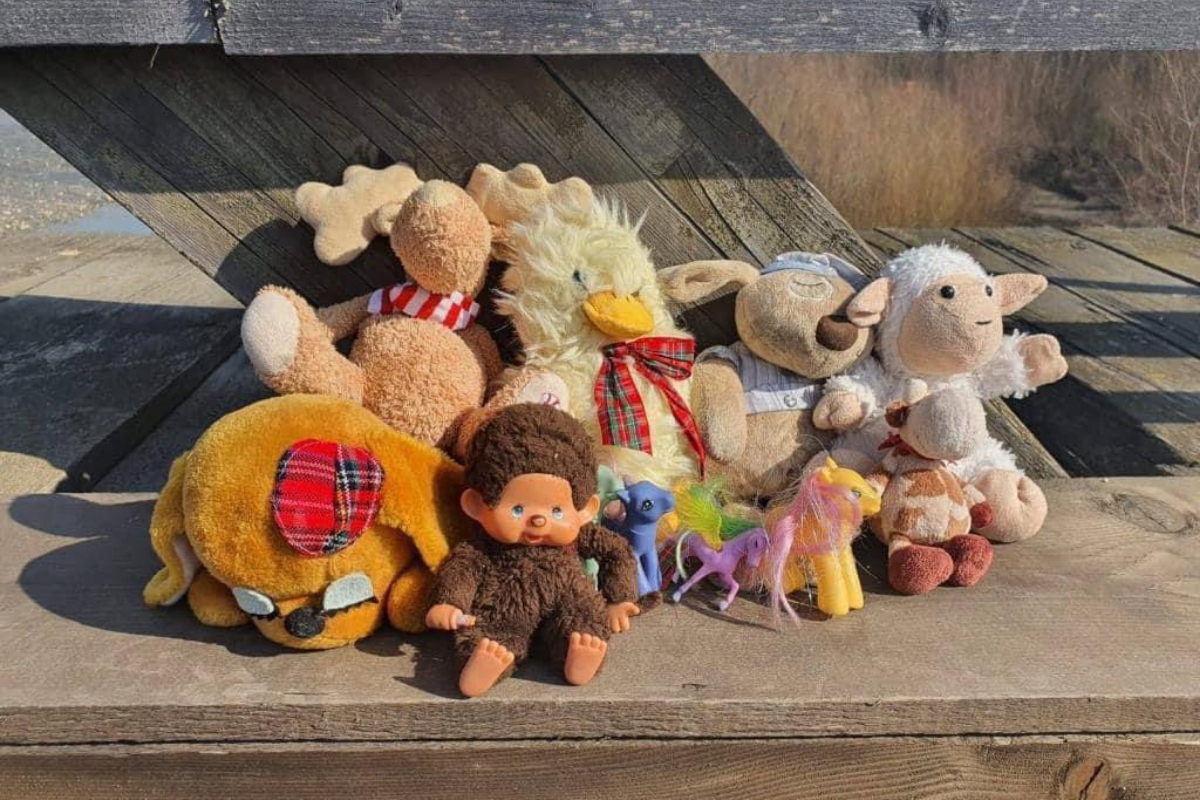 Sighetu Marmației is a small town in northern Romania set amidst rolling hills and farmland. Along its northern boundary is the Tilsa River, which serves as a natural border with the Ukrainian town of Solotvyno. Now, a small wooden bridge that connects the two nations is the site of a border checkpoint adorned with children’s toys.

It comes after a group of strollers was left at a train station in Poland for refugees fleeing Ukraine and offers a small welcoming gift offered to refugee children, officials say.

Photographs of the now-nicknamed “toy bridge” were shared to Twitter on March 17, 2022, by the Stratcom Center UA, which serves as the Centre for Strategic Communication under Ukraine's Ministry of Culture and Information Policy.

“Each child who comes from Ukraine can take a toy from there, to enter the country with a nice thought,” wrote the agency.

Constructed of wooden beams, the bridge serves as a border crossing site in times of peace and has since become a place for those leaving war-torn Ukraine. Photographs of the narrow wooden bridge were first shared to Google on March 14 and show dozens of stuffed animals lining its walkways.

The State Border Guard Service of Ukraine also shared pictures of the bridge, writing in a translated post that the Romanian border guards were taking “care to entertain Ukrainian children fleeing the war.”  Additional photographs of the toy bridge show brightly colored stuffed animals and toys placed along its walkways in the middle of Eastern Europe’s winter. The agency noted that the “historic bridge” now connects the two countries and serves as a checkpoint.

Toys have been left by Romanian border guards and volunteers, reported the English-reporting publication The New Voice of Ukraine.

Estimates suggest that almost one child per second is becoming a refugee of the war in Ukraine, according to the United Nations Children’s Fund (UNICEF) in a report published in mid-March. The total number of people who have fled the country passed 3 million on March 15, about half of which are believed to be children.

“Every day, over the past 20 days, in Ukraine more than 70,000 children have become refugees. That’s every minute, 55 children fleeing the country,” said UNICEF spokesperson James Elder in a news release.

The United Nations High Commissioner for Refugees (UNHCR) suggests that more refugees can be expected as the situation continues.

“As the situation continues to unfold, an estimated 4 million people may flee Ukraine. In light of the emergency and paramount humanitarian needs of refugees from Ukraine, an inter-agency regional refugee response is being carried out, in support of refugee-hosting countries’ efforts,” wrote UNHCR.

Figures published on March 16 show that nearly a half-million Ukrainian refugees have crossed into Romania’s borders, which hosts the second largest influx after Poland (1.9 million).